by Sara Ahrens
in Home & Self-Defense, Ladies Only
0

Violent crime can and does occur. One’s chances of victimization, however, are quite small, and those odds can be reduced further with a little common sense, planning
and forethought.

Helpful to being properly prepared is an understanding of what law enforcement professionals call the Crime Prevention Triangle (CPT). Illustrating altogether the three-pronged dynamic of violent crime, each side of the CPT represents a necessary component of a criminal act: the assailant’s desire, ability and opportunity. The three components are interdependent, and a crime won’t occur without all three. 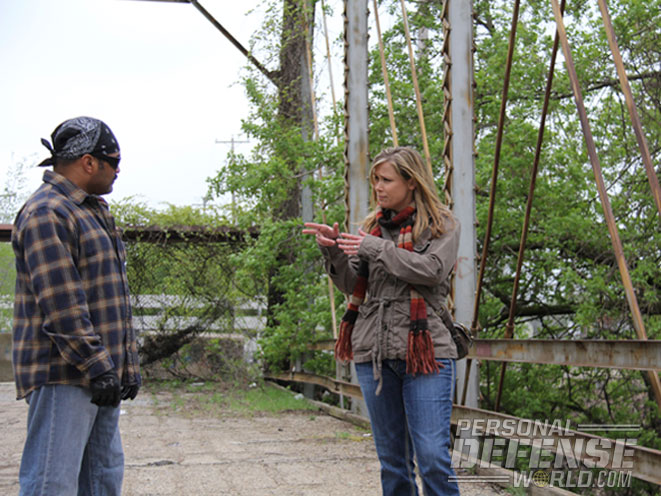 The CPT is a great instructional tool that simplifies for the everyday citizen the concept of crime. As the CPT implies, law-abiding citizens can help prevent crime by minimizing the “opportunity” component through forethought and planning. In reality, unexpected events occur all the time, and for that reason the CPT is really just the beginning of the lesson, not the end.

According to Murphy’s Law, anything that can go wrong will go wrong. No matter how prudent and well prepared you are, dangerous, crime-opportune situations sometimes arise unavoidably. And, once dangerous events are set in motion and interaction with a potential assailant is inescapable, the next step is deterrence. Whether you’ll succeed in that situation depends on your reaction.

Criminals look for opportunities to commit their crimes without getting apprehended. Criminals are often highly perceptive because they spend their lives honing their skills and learning from their mistakes. They analyze the probable success of any potential criminal act. Some of those considerations include determining the existence of witnesses, the perceived resistance potential of the victim and the possibility of being identified. They prey on those they see as weak, leaving it up to the would-be victim to convince the bad guy that he or she is not a suitable target. You can begin to accomplish this through the employment of confident, non-verbal communication.

The meaning of any given message is derived from words, vocal cues (inflection, pace, pitch) and body language. But words only account for about seven to eight percent of the message’s meaning, therefore body language is key to deterring victimization. Since criminals want to avoid resistance and being identified, they read body language in analyzing their probable success with potential victims. These criminal tactics were the focus of a 1984 study by Betty Grayson and Morris I. Stein. 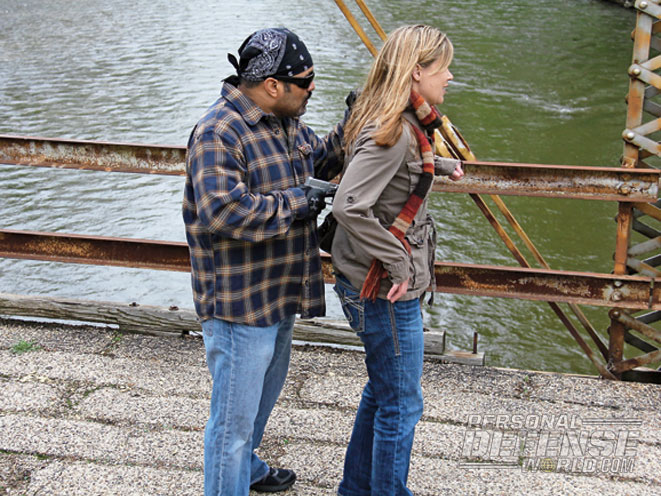 Grayson and Stein conducted a study regarding how predators selected their victims. They videotaped pedestrians walking down a street and had incarcerated convicts view them. Within seven seconds of viewing the pedestrians the convicts had selected their targets. Selections were not based on gender, size, age or race, but rather on the body language exhibited. The convicts identified the following body language cues used as their basis for victim selection:

Physical impairments may prevent some people from projecting confidence. If they fail, victims must decide whether or not defensive action is necessary and appropriate. Carrying a concealed firearm can level the playing field, but retrieving it may not always be possible. Introducing a firearm into a volatile situation isn’t always the best response. That determination is dictated by the totality of the circumstances. Two studies may provide helpful insight when making that decision. 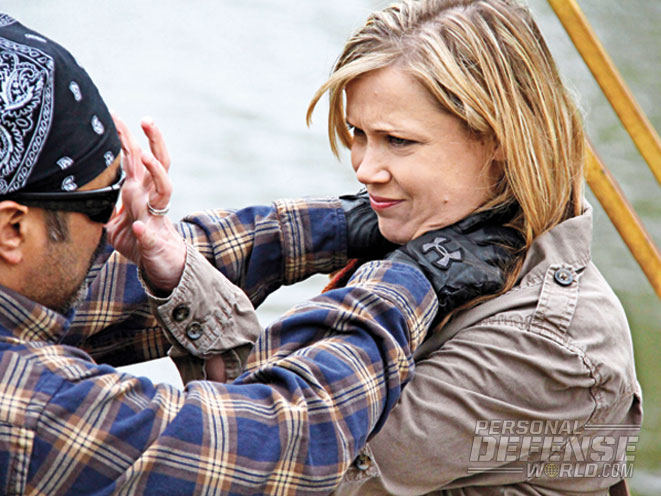 Dr. Lewinski conducted another study with officers from the Los Angeles Police Department regarding the biomechanics of lethal force encounters. His studies measured the reactive motions of officers in response to an auditory stimulus (a shot timer). One motion that was studied was the time it took officers to draw a firearm from a holster. One key observation was that, regardless of the complexity of the holster’s retention mechanisms, the speed of the draw was directly related to the amount of practice the officer had with the holster. 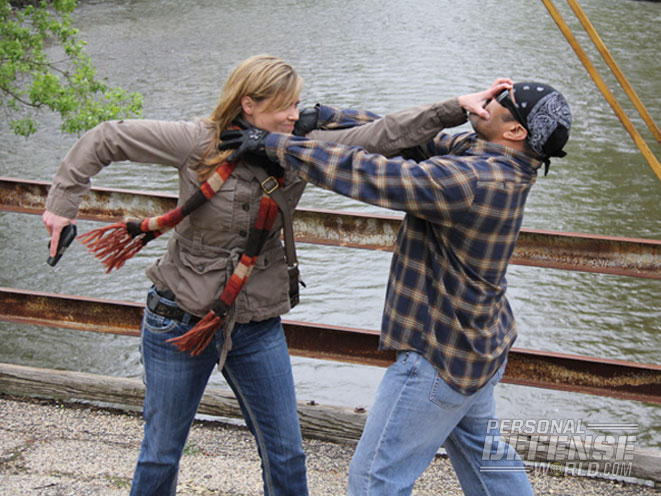 These two studies have a profound impact on determining conditions appropriate for drawing a concealed firearm. The studies indicate that action is always faster than reaction. If caught off-guard initially, decisive action on the victim’s part can turn the tables, forcing the suspect to react. It also underscores the necessity of practicing with the draw. The more one practices drawing a firearm from a concealed holster, the greater the reduction in reaction time. These studies don’t address the fact that concealed firearms are often more difficult to access because that wasn’t the focus. Based on the fact that it is more complicated to draw a concealed firearm, victims have to create time, distance and opportunity in order to draw their firearm when the threat is in close proximity. If that threat is armed with a weapon, the victim may have to consider a disarming technique versus drawing their firearm.

When confronted with a life-and-death situation the victim may attempt to create time, distance and opportunity by employing a distraction technique. Those who choose to fight back must use dynamic and decisive actions to distract and defeat the threat. Oftentimes victims subconsciously “fight fair” to survive, but to win, a victim must be ready and willing to use full force. A vicious attack to sensitive areas of the body such as poking out eyes, attacking the groin or even biting may be necessary to win.

When criminal opportunity cannot be controlled, dangerous situations may present themselves. The first step is to display confident body language. If that fails, a physical confrontation may ensue. Victims must decide whether or not fighting back is the best option. If it is, they must be mentally committed to unleashing violence without limitations.