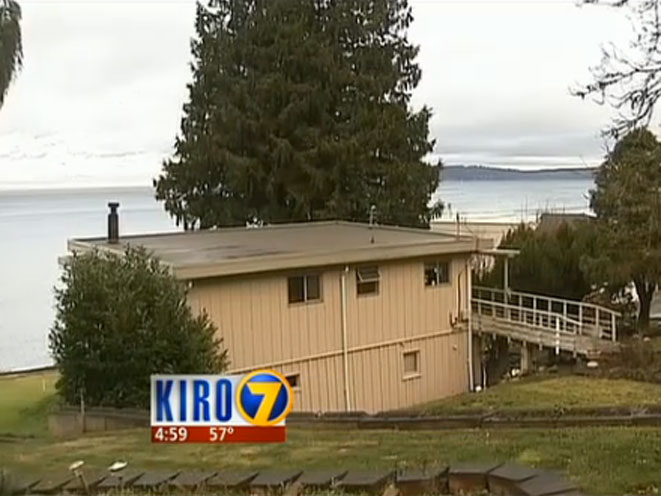 Photo by KIRO TV
A Washington mother shot a man attempting to force his way into a home overlooking Puget Sound.
Comment(s)

A Washington mother of three was forced to open fire on a dangerous intruder Thanksgiving morning.

According to KIRO TV, the incident occurred at 3:15 a.m. in a home that overlooks Puget Sound. Police said a 22-year-old suspect approached the front door of the house located in the 16400 block of 75th Avenue West and began pounding on the door violently.

“They thought they knew this person, by the pounding on the door,” Sgt. Bob Barker said. “That’s why it was open initially. Then they realized it wasn’t who they thought it was, they tried to push him out. It didn’t work.”

With the man attempting to force his way into the house, the mother fired one shot at the suspect, hitting him in the stomach.

As KIRO TV reports, the woman’s husband and children, ages 14, 10, and 5 were in the home, along with a friend of one of her children. 911 had been called before the mother opened fire, police said.

The suspect has been transported to Harborview Medical Center in Seattle to be treated for his gunshot wound. The mother will likely not face any charges, as police say the shooting was an act of self-defense.

It is not believed that the suspect and the family inside the home knew each other. 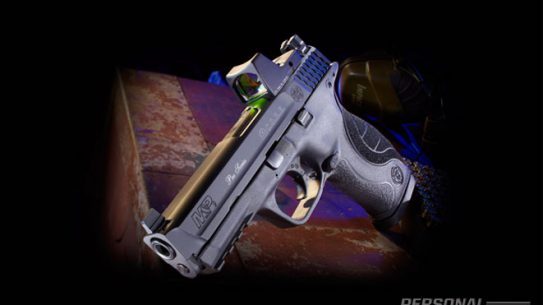 8 Reflex-Ready Handguns Right Out of the Box

Just add a reflex sight to these handguns to get on target quickly in...