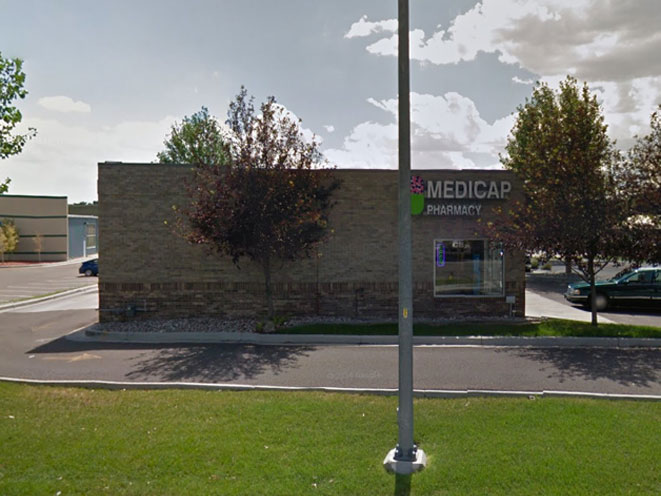 A Pharmacist at this Medicap Pharmacy in Cheyenne shot a robber.
(Photo by Google)
Comment(s)

A pharmacist in Cheyenne, Wyoming shot a would-be robber on Saturday morning.

According to the Wyoming Tribune Eagle, the unidentified suspect entered Medicap Pharmacy on Bluegrass Circle at 9:45 a.m. on Saturday and started demanding pain pills.

The suspect was reportedly brandishing what employees thought to be a firearm, but police determined it was actually a realistic-looking toy gun.

“The pharmacist then pulled out a firearm – a handgun, a revolver – and shot the suspect once in the chest,” said Chief Brian Kozak of the Cheyenne Police Department.

As the Tribune Eagle reports, the suspect survived the shooting and was transported to Cheyenne Regional Medical Center to be treated for his injuries.

“It appears that the bullet missed his vital organs and the suspect is in stable condition at the hospital,” Kozak said.

The pharmacist, who remains unidentified but has been described as a 42-year-old male, was taken to the police station to be interviewed by detectives. It is not known at this time if he will be charged with a crime in connection with the incident.

Kozak said the shooting was still being investigated by detectives, but “the pharmacist is being cooperative.”

The pharmacist won’t be identified until an arrest affidavit is filed on the robbery suspect, the Tribune Eagle reported. 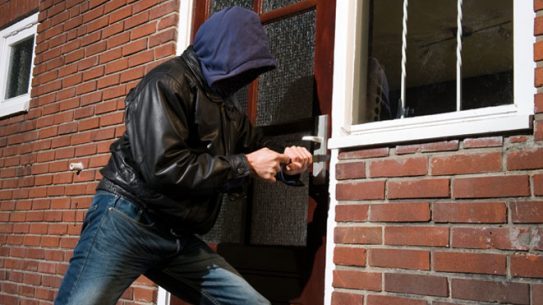 How to Prevent Break-Ins

Learn before it’s too late to protect your supply cache—real-life lessons!