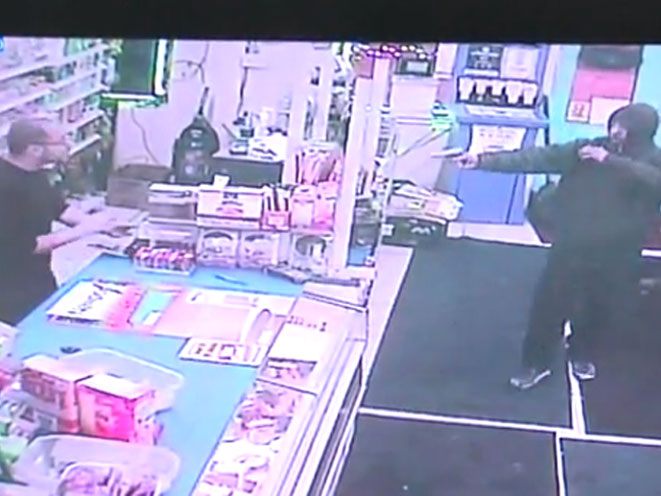 The owner of a Cleveland deli shot at a man attempting to rob his establishment last Tuesday.

According to Newsnet 5, Fares Naser, owner of Steve’s Deli on Bosworth Road, was working behind the counter just before 9 p.m. when a man wearing a hooded sweatshirt entered and pulled out a gun.

As the store surveillance footage verifies, Naser immediately crouched behind the counter, and the suspect began shooting. That’s when Naser grabbed his own firearm that he keeps in case of just such an emergency, and fired back, sending the would-be armed robber fleeing from the store.

“He came in and was like give me all your money and then he started shooting at me and I shot back and tried to defend myself somehow,” said Naser.

Newsnet 5 says Naser has 16 cameras in his store, and the surveillance footage of the attempted armed robbery is now in the hands of the Cleveland Police Department.

“I hope they get them,” said Naser. “I hope so because people like this that are unsafe, they need to be off the streets.”

If you have information pertaining to this crime, call Cuyahoga County Crime Stoppers at 216- 252-7463. 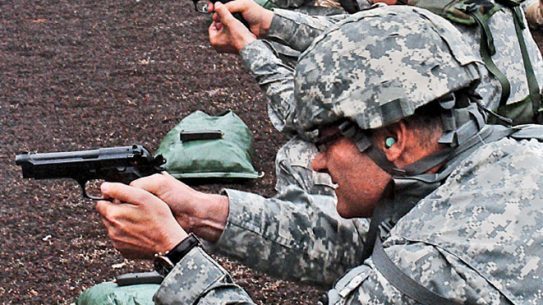 A brief look at the development of the classic Beretta 92 through the years.