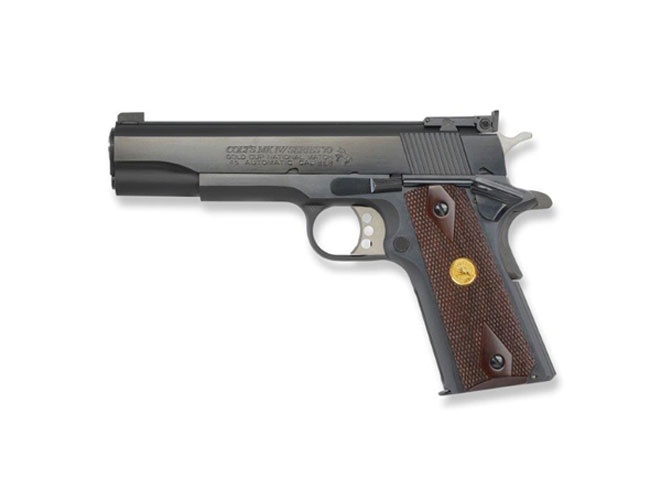 Colt’s Manufacturing Company, one of the world’s leading designers, developers and manufacturers of firearms, is expanding upon many of its classic and highly popular handgun families with several new handgun introductions for 2015. The new handguns give customers more options in caliber, weight, rails and other features to best meet their preferences and needs. The Colt handgun families with new models include the Rail Gun®®, XSE Series, 1991 Series and Gold Cup®.

“Our new handgun introductions provide customers with the same high-quality products the market expects from Colt, with a greater diversity in design and configuration,” said Joyce Rubino, Vice President of Marketing for Colt’s Manufacturing. “We are excited to offer our customers a great array of choices to find the Colt handgun that best suits them for personal protection, target shooting, competitive shooting, hunting and other needs.”

There are three new additions to the Colt Rail Gun® family. First is the O4012RG Colt Combat Commander® Rail Gun® with Picatinny rail. It brings together popular features of the original Colt Commander, the Colt M45A1, and the Colt Rail Gun®. Like the other Rail Gun® models, it features the M1913 government length Picatinny rail for accessory mounting on the dust cover. Inside is a dual recoil spring system based on the one used in the Colt M45A1, so shooters experience less recoil. The slide and receiver are stainless steel, with a Colt extended single side safety lock to allow ease of use for various hand sizes. Additional features and specs include an upswept grip safety with palm swell for an enhanced grip, .45 ACP chambering, 4.25-inch National Match® barrel and 7.75-inch overall length. There will also be a Lighweight Commander Rail Gun®, O4840RG, offered with a hard coat anodized aluminum receiver. The MSRP of both the O4012RG and the O4840RG is $1,198.

RELATED: Colt Ups The Ante With Its Rail Gun Series In 2015 | VIDEO
RELATED: Colt Mustang XSP – A Next-Gen Take on the .380 Pocketlite

The third handgun joining the Rail Gun® family is the O1880RG. This is a Government Model® Rail Gun® with a hard coat annodized aluminum receiver, making it lighter weight than its steel receiver predecessors. It also has front and rear wide slide serrations. Features shared with the original Rail Gun® models include an upswept beavertail grip safety with palm swell, Novak® sights and Colt extended single side safety lock. The O1880RG is chambered in .45 ACP and has a five-inch National Match barrel. Its MSRP is $1,198.

Two new handguns will be joining the Colt XSE Series. The O4662XSE Lightweight Commander® adds a 9mm option to this family. This model closley resembles the O4860XSE that customers are familiar with. Features include a stainless colored cerakoted aluminum receiver, brushed stainless steel slide, front and rear slide serrations and Novak sights. An upswept beavertail grip safety with palm swell and enhanced cut under the trigger guard give users a very secure hold. A stainless Government Model chambered in 9mm will also be offered in the XSE family, O1092XSE. The MSRP of both the O4662XSE and the O1092XSE is $1,104.

Colt’s classic 1991 Series will now give customers three different caliber options with the addition of the O1992 model, chambered in 9mm. The other two chambering options are .45 ACP and .38 Super. Aside from the chambering, the new 1991 model mirrors the original .45 ACP model. Descending from the original M1911 design, the gun features a long trigger, flat mainspring housing and original style recoil spring system. Updates to the 1991 model include white dot sights and a lowered ejection port for extra reliability. The O1992 MSRP is $907.

The final new handgun introduction is the O5870A1 Gold Cup National Match. This handgun features the Series 70™ firing system along with a classic flat top slide. The Colt Gold Cup is known as the finest shooting semi-automatic in the world, and is the standard for competitive guns. Other features of the O5870A1 include an adjustable wide trigger, National Match barrel, adjustable target sights, and many other refinements as standard. It has a lowered and flared ejection port and blued carbon steel slide and receiver. The MSRP is $1,250.

To learn more about all of the new Colt handguns, please visit http://www.colt.com 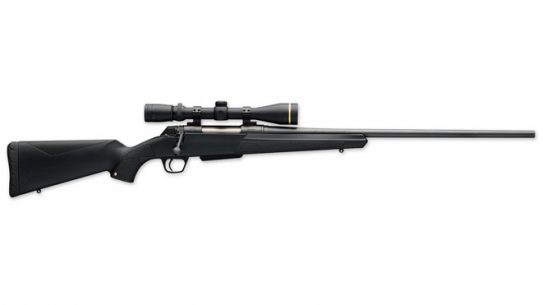