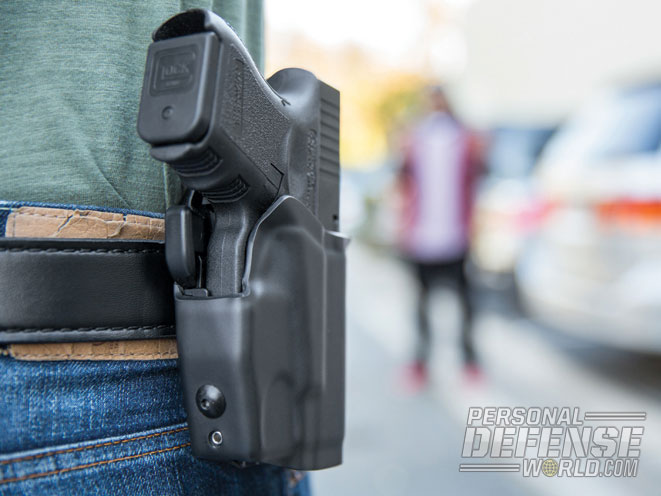 A knife-wielding robber was stopped by a concealed carrier in Utah over the weekend.

According to Fox 13, officers with the Vernal Police Department arrived at an Arby’s restaurant located at 1141 West Highway 40 after receiving a call about a robbery in progress. Dispatch told police that a woman armed with a knife had entered the establishment and began demanding money. They also said there was a man with a handgun inside the restaurant.

Police arrived and took the man and woman into custody, but it was eventually determined that the man was a concealed carry permit holder who had used his weapon to stop the suspect.

A press release issued by Vernal police states that the man initially entered the store and interrupted the robbery in progress. Once he realized what was occurring, he left the restaurant, grabbed his concealed carry handgun from his vehicle, and returned to confront the woman.

“She picked up a bag and came at me,” the man told the Daily Caller. “That’s when I pointed my gun at her.”

The suspect, later identified as 37-year-old Stephanie Lente, was arrested and charged with aggravated robbery and possession of a controlled substance, Fox 13 reports.

As the Daily Caller notes, Lente has an extensive rap sheet, includes charges of abuse of a psychotoxic chemical solvents, theft, assault, criminal mischief, violation of a protective order and wrongful appropriation. 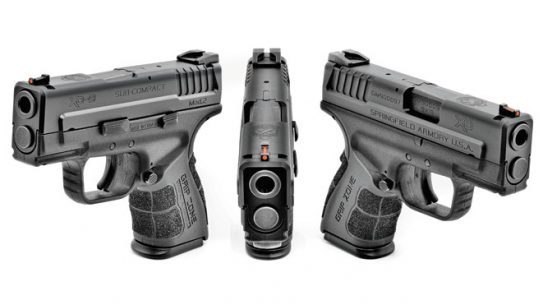 Get Into the Springfield XD Mod.2 Grip Zone

Springfield Armory fine-tunes its polymer-framed powerhouse to truly make the shooter one with the...