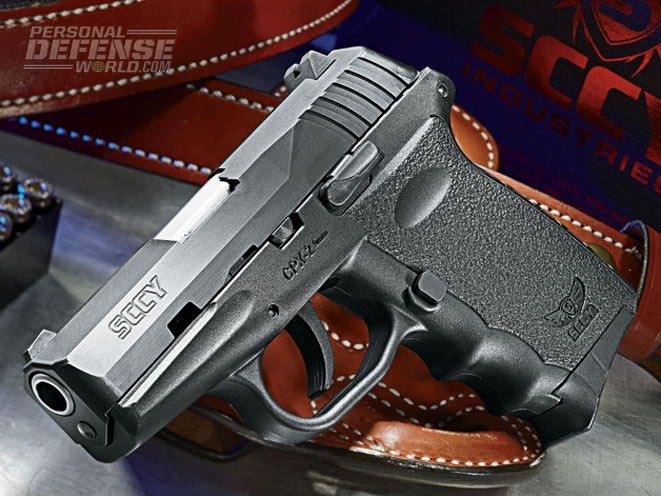 1 of 5
Photo by Steve Woods
SCCY CPX-2
“The store’s back door cannot be opened from the outside, so once the door had latched I told my coworker that I had a gun—a SCCY CPX-2…” 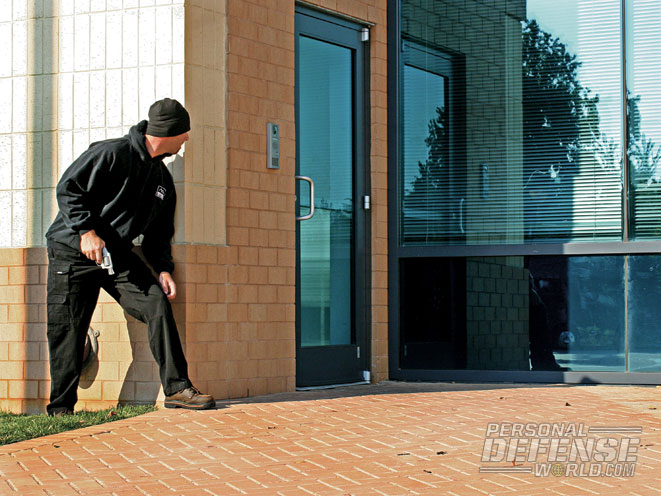 2 of 5
Photo by Jeff Rose
It Happened to Me 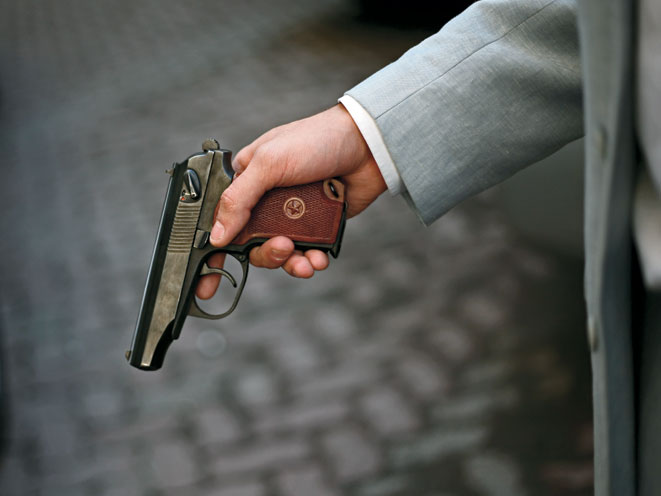 3 of 5
Photo by Big Stock
It Happened to Me
Quick thinking and remaining calm under pressure allowed for a safe and solid outcome. 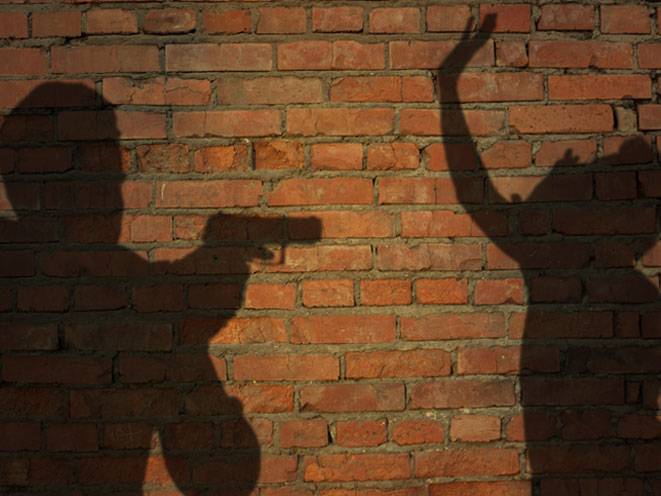 4 of 5
Photo by Big Stock
It Happened to Me 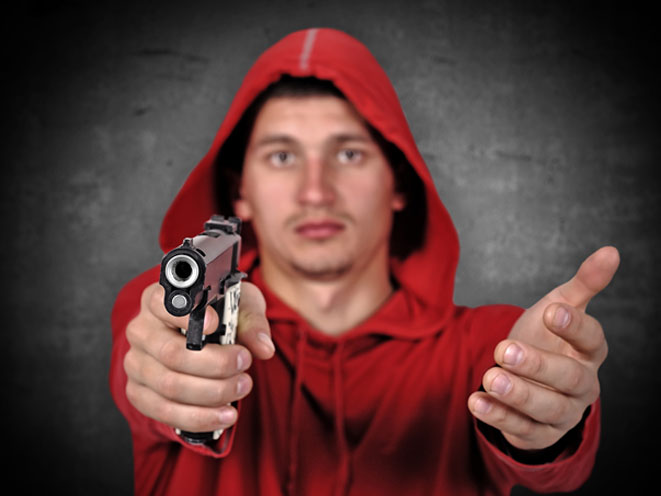 5 of 5
Photo by Big Stock
It Happened to Me 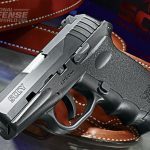 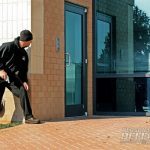 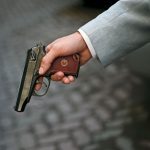 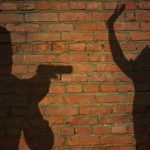 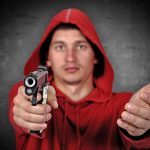 It had been a pretty average Sunday at the store. I was working with another person that day, and right as I was turning around to head out for a lunch break, someone came through the front door. It was a tall, muscular man with his face masked with a black-and-white bandana and thick, dark sunglasses.

I immediately knew what was happening, as I had been robbed before at a different job. He pulled out a gun and demanded the money in our register. We complied. He took the money, then forced us into the back room and tied us up with duct tape and zip ties. He then took my keys and left through the back door.

The store’s back door cannot be opened from the outside, so once the door had latched I told my coworker that I had a gun—a SCCY CPX-2, as well as a concealment holster made by White Hat Holsters—in my backpack and we needed to secure it, call the police and get any customers out of harm’s way.

We broke out of our restraints and ran to the front of the store and told a customer who had come in while we were tied up in the back that she needed to get to safety and that we’d been robbed.

I instructed my coworker to lock the door after her and ran to my backpack, however he stopped to punch the silent alarm. No sooner had I made it to my backpack and the woman had left, the robber, for some unknown reason, reentered the store. I had my gun in my hands, and I saw that he still had his gun and was acting confused and aggressive, a very dangerous combination. I went into fight-or-flight mode. When he raised his gun at me, I fired and connected with his left shoulder. He dropped his gun and went down, but was struggling to get back to his gun, at which point I fired one more shot that hit him in the chest. This was the first time I had ever genuinely feared for my life, however my priority was protecting my coworker’s life and the lives of my customers.

I approached the robber, secured his firearm, checked him for other weapons, and then cleared both of our guns, laying them on the counter so that the police would see they were clear. Once I had done that, I attempted to administer CPR and stop the bleeding, but it was too late.

In the aftermath, I found out that the man who was killed was a felon on probation for armed robbery. I’m no hero, just someone who was forced into a bad situation and did what I had to do. —ABQ, NM

My family knows we never sleep in a hotel or motel, or any place else, if we are within 200 miles of home. But after ending a long vacation, we were extra tired, and driving late enhanced that. I was nodding behind the wheel, so I pulled into a hotel. Noticing it had a well-lit parking lot and clean exterior, I went inside to register and then returned to my family waiting in the car.

I snapped up the nearest parking, 15 yards away, not wanting to take one extra step. As I slid the gearshift into “P” a man appeared at the car’s front, screaming and beating on the hood. Dressed only in baggy shorts, with his beard and long hair dirty-looking and matted, he scared everyone and the kids screamed.

I lowered the window slightly, shouting, “Get away from my car!” He started toward the window babbling, “He’s killing him! You’ve got to help! He’s killing him!”
I shouted, “I’m calling the cops!” I followed this with long, loud car horn blasts. He turned and staggered off in the dark. I promptly moved to the parking spot nearest the door—marked “Handicapped.” I’d gladly pay the fine under the circumstances.

The kids insisted I accompany my wife and them to the room. Returning to the car alone, my first thought was the .380 I kept in the console. It needed to be with me! I grabbed the pistol and slipped it into my waistband, glad that I had my CCW permit with me. I gathered luggage, filling both hands to carry everything.

I looked up and found the same lunatic 8 feet in front of my open door, almost mated with the adjacent car. I suddenly wasn’t tired! I could hear his ramblings and see every hair on him clearly.

Wanting my hands free, everything they held crashed to the concrete. His eyes followed the luggage and other bags to the ground, slowly returning to me. My hand made a mad dash to the back of my pants, yanking the tangled shirt off my pistol and drawing. The muzzle stopped at his feet and I shouted, “Move away from me!”

Without another sound, the man turned and walked into the dark. With my hands shaking, I gathered up the luggage, getting it all on my left side, leaving the hand holding the pistol free, and walked quickly to the front desk.

I learned that a pistol in the console was almost useless. Today I carry concealed everyday. I don’t need another unplanned, unarmed encounter. —DP, TX 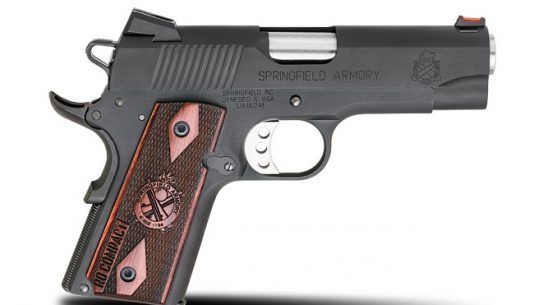 New offerings like the Range Officer Compact in 9mm and the XD Mod.2 in...