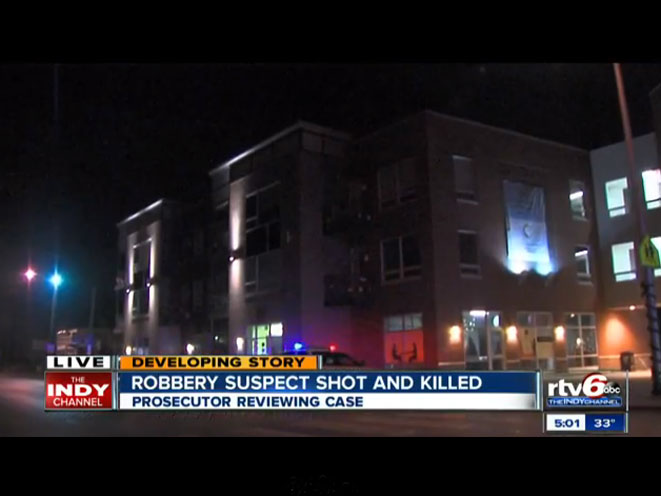 A pregnant woman and her fiancé fought back against two violent home invaders in Indianapolis, resulting in the shooting death of one suspect and leaving another on the run.

According to RTV6, the incident took place at a residence located on the 3100 block of East 10th Street at 10:23 p.m. on Sunday. Indianapolis police responded to a report of shots fired. They arrived on the scene to find an unidentified male with gunshot wounds.

Police said the armed suspect forced his way into the would-be victim’s apartment. The victim and his fiancé managed to retrieve their home defense firearm, and a struggle ensued over that gun.

As RTV6 notes, the attacker initially wrestled the gun away from the victims, but the man and his pregnant fiancé fought back and managed to get their gun, shooting the suspect.

The dead home invader, identified as Dequan Cummings, died at the scene.

“We are in support of legal gun ownership, make no mistake about that. Those are some of the basic tenants of our constitution. We want people to exercise caution, wisdom, and proper gun safety,” said IMPD Spokesman Christopher Wilburn.

RTV6 said police are still looking for a second suspect involved in the home invasion. 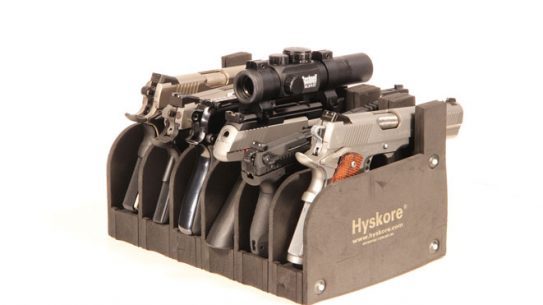 As the name implies, Hyskore's new pistol rack is modular and has a capacity...