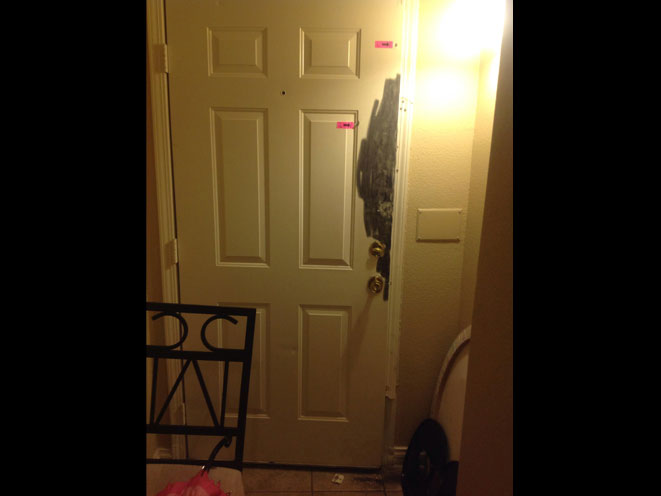 Photo by Imgur
This photo of the victim's front door was posted to Imgur after the incident.
Comment(s)

A Las Vegas woman who made headlines for shooting her stalker has provided an update on her life after the harrowing encounter. According to Moderno, the woman took to Reddit to report that she now works at a firearm range and has become a certified NRA Range Safety Officer. Her stalker is scheduled to be sentenced on Feb. 11.

As we noted back in September, the unidentified victim was stalked over a six-month period by 22-year-old Douglas Eugene Jackson, whom she dated for one month. Initially, Jackson made upwards of 45-50 phone calls per day and sent 50 text messages per day to the victim. He would stand outside of her house in the middle of the night. Eventually, his stalking escalated to the point where she was granted a temporary protective order and forced to relocate.

This, however, did not deter her stalker. Jackson eventually found out where she lived and showed up at her house. He kicked in the front door, but the woman was ready. Standing at the top of the stairs, she used her home defense firearm and fired two rounds, hitting Jackson in the chest.

Jackson survived and managed to flee the scene, but was later arrested and charged with aggravated stalking and home invasion.

Read the full update on the heroic woman’s life since the night of the shooting below.

“I thought I’d update my fellow redditors. The past few months have been a roller coaster for me. Since my last update, I’ve moved and started a new job I cherish and made amazing new friends. I now work in a firearm range that doubles as education hub for shooters of all experience levels and recently gained my cert. to become an NRA Range Safety officer.

I can’t even begin to describe how working in this environment has helped me. I get to be around like minded individuals AND help broaden people’s knowledge and understanding of firearms and safe handling while expanding my own. I’ve learned so much from the people that I work with and their positivity and support is what’s been the most helpful.

If I told you that what happened to me no longer affects me I would be dishonest. It does and it does so everyday. I still jump when I hear doorbells or someone knocking. No matter how much I try to shake it, it won’t leave. I have nightmares, more often than I’d like and become anxious when I’m home alone. I am more aware of my immediate surroundings, but I trust less and my small town mindset and naïveté has pretty much vanished. Even certain movies I used to like, I can no longer enjoy because of the subject matter.

A piece of me is forever hollowed by my experience but that part is slowly becoming overshadowed by the part of me that’s helping others to feel more confidently and assertive about not having to become someone’s victim themselves.

After multiple court resets and subpoenas the man who was stalking me made a deal and is scheduled to be sentenced on Feb.11. Initially, I didn’t want to speak at his sentencing, I just wanted to close this hideous chapter and get on with my life but now I feel like I need to.

I need the court to understand the severity of what this person did to me, I still fear the justice system falling under his spell and giving him leniency because he was shot. I need them to understand what it may feel like to have someone hunt you down and toy with you like their prey. Or how you can become accustomed to lodging a chair against your door routinely the same way you brush your teeth before bed. I need them to know that I am a real person and not just a name read off of a piece of paper.

I feel as though I am ready now to look him in the eye and have him swallow the fact that I am the one who put him there. No one saved me, but me. I am alive, I am here despite many threats against my life, and almost giving up myself. I laugh and smile everyday because I know there are others in similar situations who won’t have the chance to. I am so much stronger now because of it. Today, I am happy to report, life is good. So yeah, Ask me anything.” 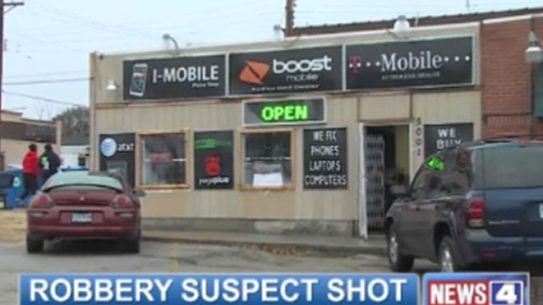 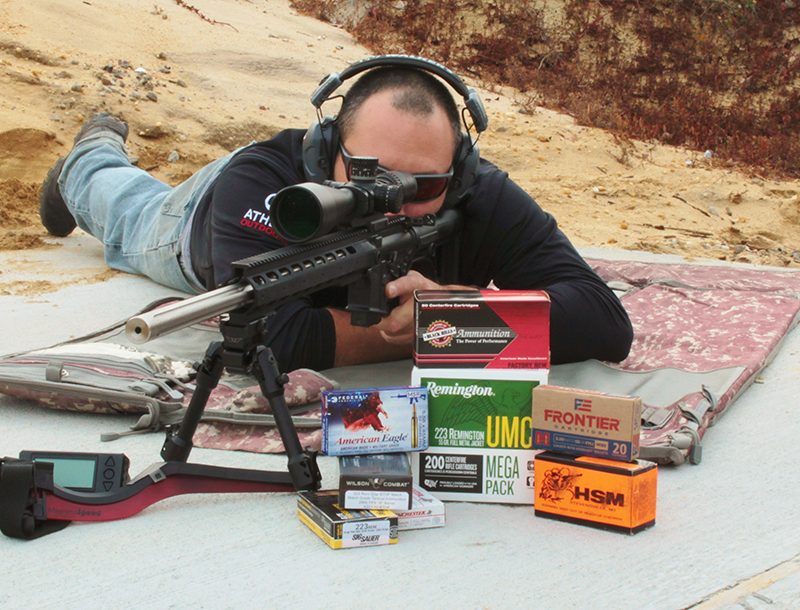