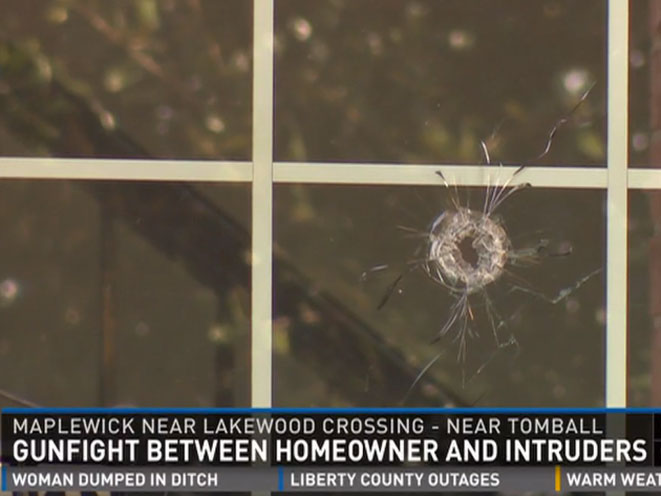 Over two dozen shots were exchanged between a Texas homeowner and two suspects in a home invasion.
(Photo by KHOU)
Comment(s)

Two armed suspects are on the loose after a botched home invasion in Harris County, Texas.

According to KHOU, the homeowner told police he was sleeping in his home located on Maplewick Drive in the Lakewood Grove subdivision at 12:30 a.m. when the two suspects kicked in his front door.

That’s when the quick-thinking homeowner grabbed his home defense weapon and confronted the intruders.

“It’s our understanding he was quite scared and terrified, in fear of his life. He discharged his weapon, and as they retreated, they shot back,” said Harris County Precinct 4 Assistant Chief Mark Herman.

Over 30 shots were exchanged between the homeowner and suspects during the dangerous confrontation. Despite this, there were no reported injuries.

The suspects reportedly fled the scene in a 2015 Dodge pickup.

As KHOU notes, police are looking into surveillance footage from inside and outside the home in an effort to identify and arrest the suspects. It is believed the two men might be connected to another home invasion in nearby Cypress last Thursday. 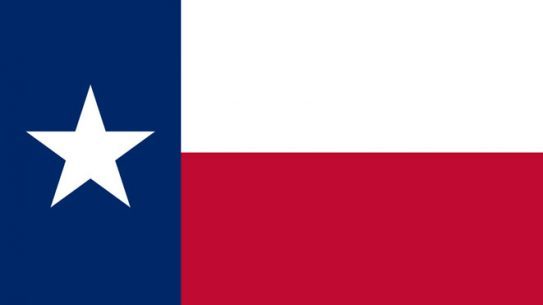 The issue of campus carry is officially back on the docket for the 2015...