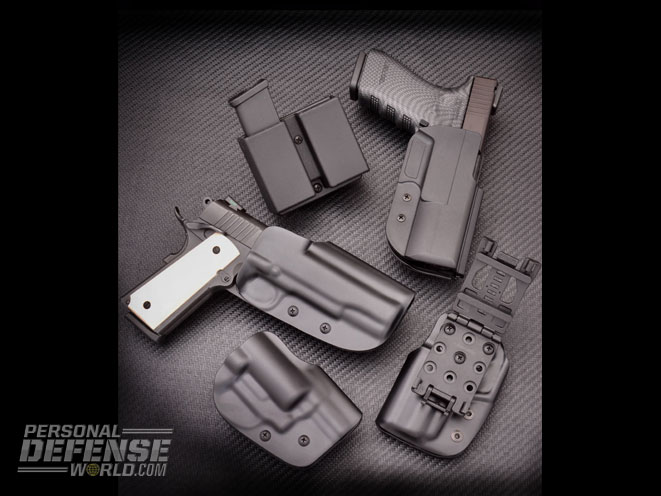 1 of 10
Blade-Tech Tek-Lok
Shown are the latest Blade-Tech holsters (counterclockwise from left) for the 1911, S&W Model 630 and 325 PD revolvers, the Glock 21, and a Tek-Lok dual magazine pouch. 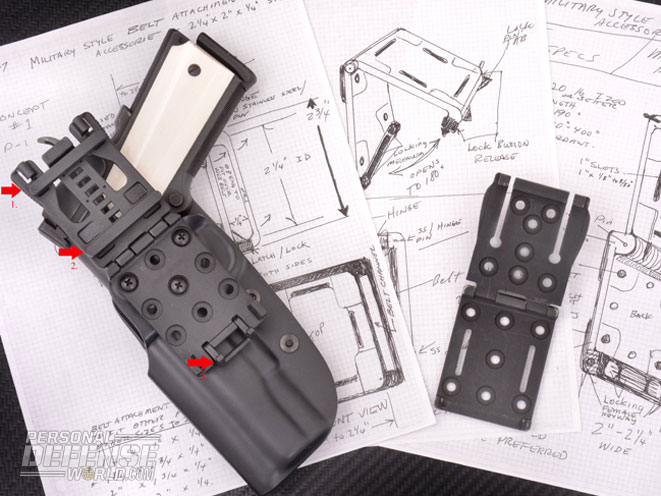 2 of 10
Blade-Tech Tek-Lok
1.) The lock button releases and secures the Tek-Lok. 2.) The channel adjustment band can be moved to fit various belt widths. 3.) The hinged latch is the latest addition to secure and lock the entire mechanism. 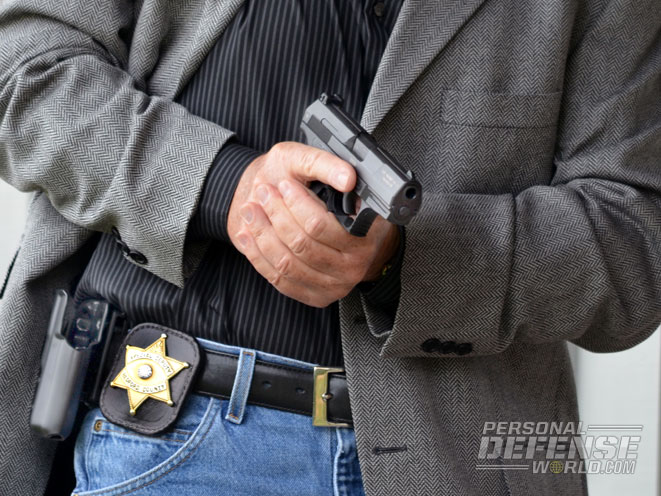 3 of 10
Blade-Tech Tek-Lok
Blade-Tech holsters are secure, extremely durable and compact enough for concealed carry use even with large-frame semi-autos, such as the Walther P99 shown. 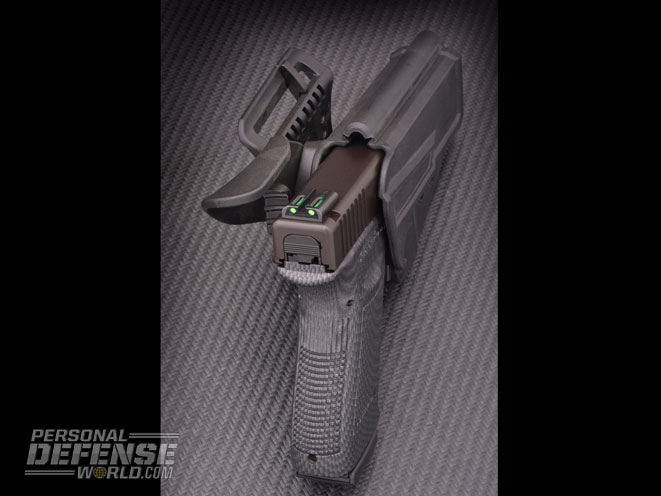 4 of 10
Blade-Tech Tek-Lok
Blade-Tech makes the ThumbDrive Level II holster for 5.11 Tactical. The thumb release (far left inside curve of the mount) is easy to activate on the draw. 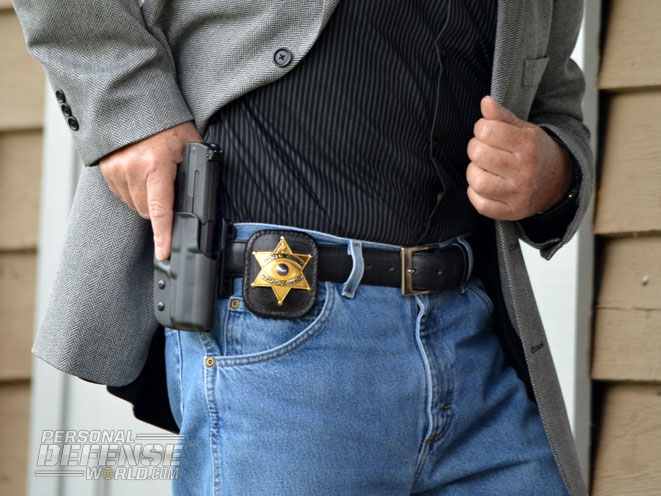 5 of 10
Blade-Tech Tek-Lok
The latest Blade-Tech molded holster, shown for the Walther P99 and equipped with the innovative Tek-Lok mounting system, is ideally suited for plainclothes carry by law enforcement or civilians. 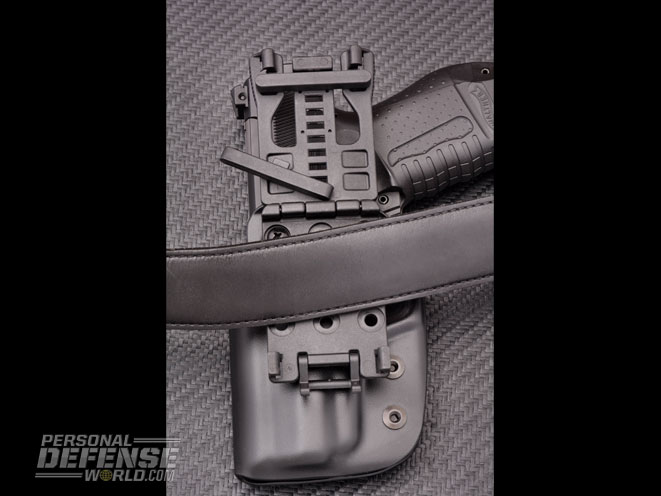 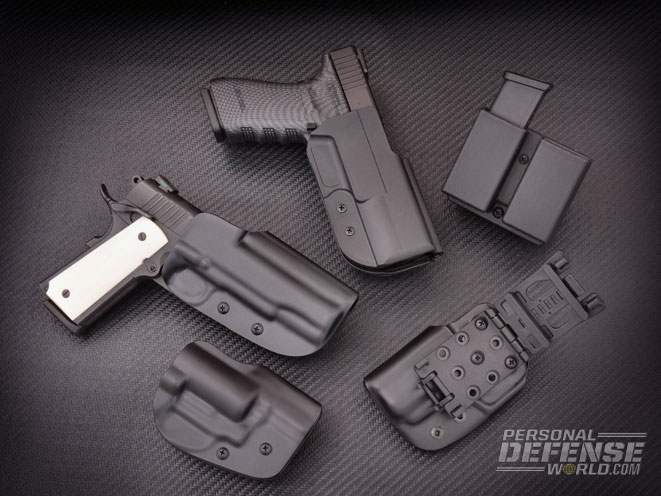 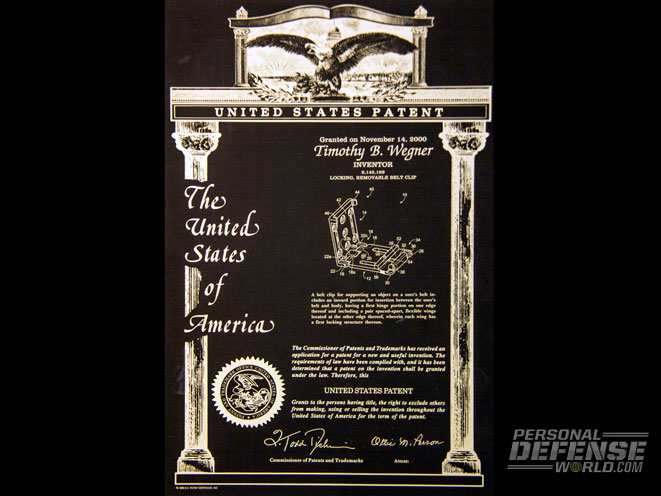 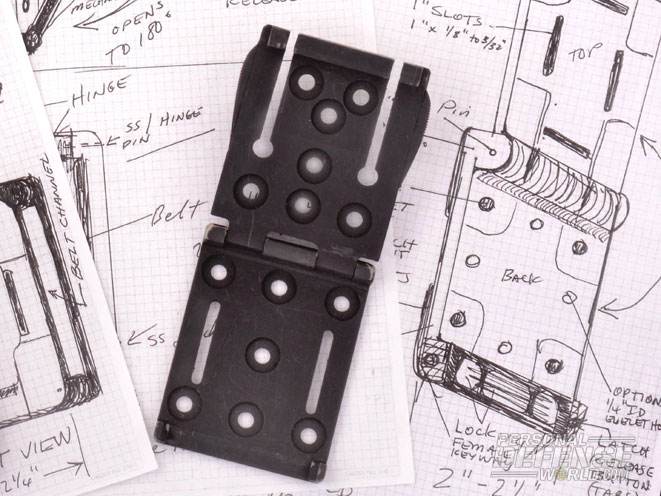 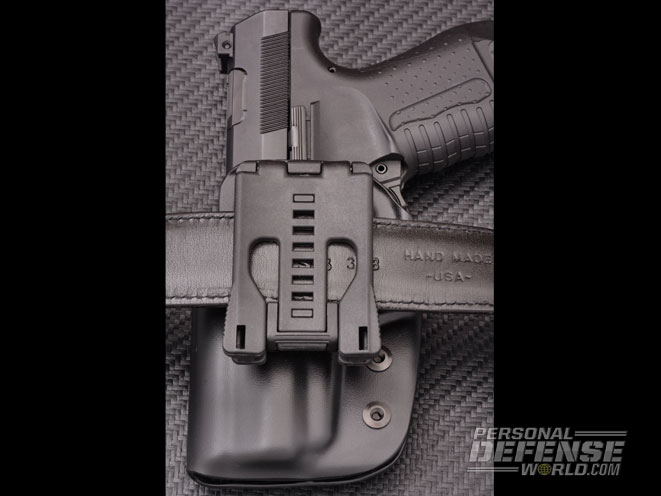 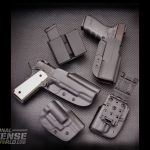 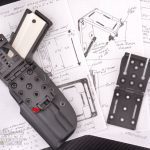 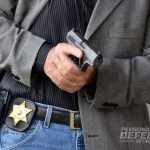 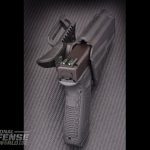 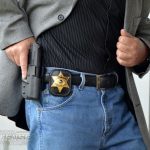 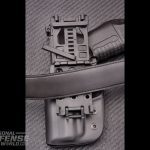 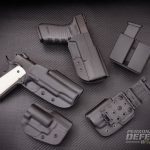 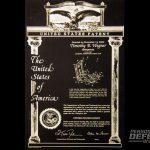 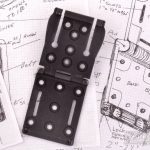 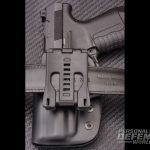 Holsters are almost as old as guns, but the gun came first and holsters eventually followed. And so it has been for hundreds of years, during which time holster designs rarely kept pace with firearm technology—that is, until the late 20th century, when the adoption of injection molding came into popular use for making holsters. Thermo-molded plastics revolutionized holster design, and since the late 1990s Blade-Tech has been revolutionizing the use of thermo-molded plastics to create holsters that not only contour-fit specific handguns, but offer one platform that can be worn in multiple configurations. This is the Tek-Lok system, the core design that has made Blade-Tech one of the most respected names in tactical holsters.

Blade-Tech’s founder, Tim Wegner, developed the Tek-Lok system in the late 1990s. At the time, holsters were still primarily constructed of leather, and there were very specific ways in which a holster could be worn. These limitations were simply the established fundamentals of holster design; a holster was either worn on a belt or mounted over a belt using a steel clip or paddle. It was belt mounting that intrigued Wegner because belt width was always a determining factor in how (or if) a holster would fit or ride securely.

“I wanted to come up with some kind of adjustable belt channel,” explained Wegner in a recent interview. “Back in the 1990s, Bianchi had a steel clip and a military clip that worked for military belts, so the Tek-Lok was kind of born from the concept of making a multi-purpose mounting system that would work with a variety of belts. I had an idea and had a prototype made up, but it turned out to be a little bit more complicated to manufacture than anticipated. It had springs that were internally embedded in the mold, and that was going to be a very expensive mold to make and was almost beyond the technology at the time. So I kept the same concept and went back to the drawing board.”

Wegner was good friends with custom knife-maker Robert Terzuola, and the two of them began working on another approach, along with Vince Ford from Spyderco. “We formed this little think tank to come up with a better design and designed an interlocking piece that surrounded height-adjustable blocks that could be changed to accommodate belts of different sizes,” said Wegner.

The design had a long way to go, and over the years there have been numerous improvements. The current Tek-Lok mechanism offers superior locking capabilities and better ergonomics.

According to Wegner, “We ended up with a much more user-friendly design. There are also various sizes for smaller holsters, and all the Tek-Lok units are easily mounted to our molded holsters with locking screws that allow for holster height adjustment.”

The latest Blade-Tech designs also have paddle and inside-the waistband (IWB) panels that can be easily switched out with the same molded holsters. The Tek-Lok system is more than a holster; it also includes magazine and double moon-clip pouches, handcuff and magazine combination pouches, flashlight holders and knife sheaths—all are adaptable to fit everything from duty belts to standard trouser belts. And each one uses the same innovative Tek-Lok engineering to make it universally adaptable to different requirements.

“If you look at a lot of our products, most everything is interchangeable with all of our different fittings and attachments. We also have the TMM Belt, which is an interface you can use with a chest, thigh or belt holster so that one holster can be quickly transferred to multiple platforms, even vehicle-mounted systems,” explained Wegner.

All Tek-Lok products are suitable to law enforcement, military and civilian use, and today there are a wide variety of holster sizes, configurations and security levels, including the latest ThumbDrive Level 2 retention rigs made by Blade-Tech for 5.11 Tactical.

But what exactly is a Tek-Lok? Going back to the original 1997 design and prototype, the concept was simply a means to quickly attach the holster and mounting system to any belt. Sounds simple, but it is a complex design that requires a number of interacting parts that must all work in unison and have the durability to be opened and closed repeatedly, withstand the weight of the gun and also prevent the holster and gun from being forcibly removed or broken away from the belt. This is where the latest in thermo-molded plastics comes into the picture, allowing holster pouches that are formed to fit a specific firearm and firmly retain them. Even there Blade-Tech backs up this level of security by using adjustable retention screws that can tighten or loosen the fit of the holster around a firearm. Although this technology is not exclusive to Blade-Tech, the mounting system behind its holsters and accessories is. Tek-Lok mounting panels are adjustable for cant, holster height and belt width. Most Blade-Tech holsters can be outfitted with a different back panel to meet specific mission needs or personal choice options for carry.

With the latest Tek-Lok design there are two locking systems, a folding catch that secures the hinged two-piece mount after it is closed and the earlier dual pressure clips that lock into the Tek-Lok frame when initially closed. This doubly secure closure makes it virtually impossible for a holster to be torn away from the belt being used. The adjustable-width Tek-Lok clip uses two interlocking bars that can be set to match the belt width, creating a channel of the correct size.

Once in place, the Tek-Lok is closed and will fit that specific belt width until it is changed. This same technique is used for all Blade-Tech accessory pouches, so everything works in concert as needed.

Blade-Tech’s innovative holsters are known for their security and durability, and they’re still compact enough for shooters to carry even large-frame semi-autos concealed.

There are dozens of Blade-Tech holsters, back panel designs (paddle, inside-the-waistband, dropped and offset) and accessory pouches currently available for any tactical or civilian requirements. 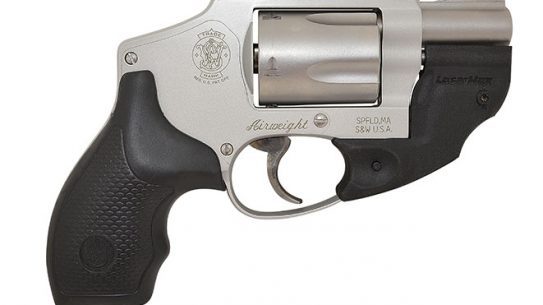