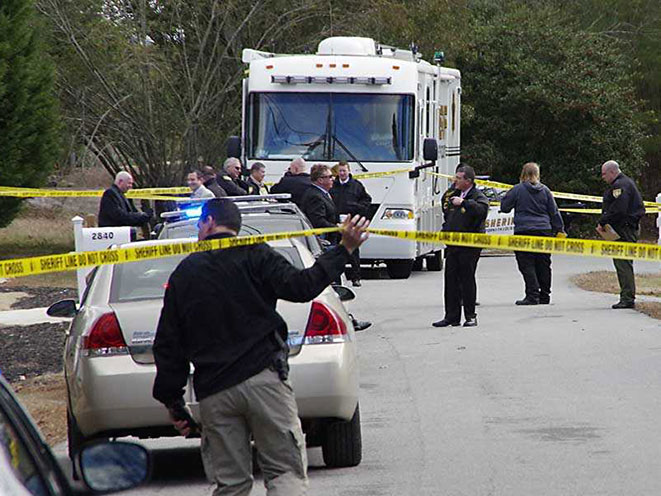 Police tape off area around the sight of the shootout
(Photo by Jim Dean courtesy of forsythcountynews.com)
Comment(s)

Early Monday morning, a woman in Forsyth County, Georgia was shot three times after exchanging gunfire with two individuals who were robbing her home.

The bullet wounds, one of which was in her stomach, were not lethal. According to local authorities the victim was conscious and sharing information about the burglary attempt gone wrong when police arrived on the scene.

The victim was transported to a local hospital and has undergone surgery for her wounds.

Doug Rainwater, a spokesman for the agency told Forsyth County News that the woman was asleep at the time of the invasion.

“From what the investigation has revealed, she was awakened from noise and either came out or they went into her bedroom,” Rainwater said. “She either had a gun with her or retrieved a gun and shot back.”

Rainwater said investigators spent much of the day at the home. The suspects have been described only as a black man and woman. Both remain at large.

It is unknown whether or not either of the suspects were injured during the shootout.

Rainwater also called the event a “rarity for the county,” saying he couldn’t recall the last time a case like this actually happened.

For more information on this story visit forsythcountynews.com 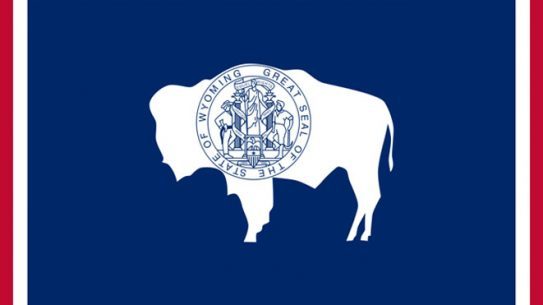 Wyoming passed a bill this week that will allow people with concealed-gun permits to...