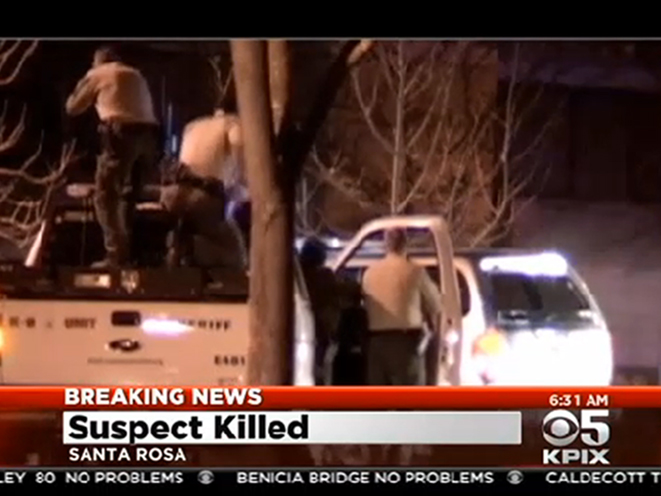 One suspect is dead and another is injured after a botched home invasion followed by a standoff with police in Santa Rosa, California on Monday morning.

According to CBS San Francisco, it all began when three armed men arrived at a home located on the 400 block of Acacia Lane just before 1 a.m. and attempted to force their way in. The unidentified homeowner opened fire on the three suspects, shooting two of them. The suspects managed to flee the scene.

The homeowner proceeded to call 911 and local agencies were instructed by police to be on the lookout for anyone matching the suspects’ physical and vehicle description at local emergency rooms.

As the Santa Rosa Press Democrat reports, an hour later Sonoma County sheriff’s deputies discovered the vehicle in a Kaiser Permanente hospital parking lot. Police drew their guns and instructed the suspects to get out of the vehicle, but the men refused.

Eventually, deputies fired tear gas into the vehicle and two suspects emerged, one of whom was injured as a result of the prior shootout with the homeowner. A third man still inside the vehicle was pronounced dead at the scene, again due to injuries sustained during the attempted home invasion.

One suspect was transported to an area hospital to be treated for his injuries, and a second was taken to a police station for questioning. 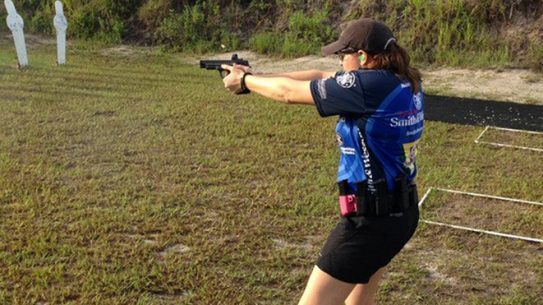 With a final score of 1356.5453 points, Rogers outpaced her nearest challenger by over...