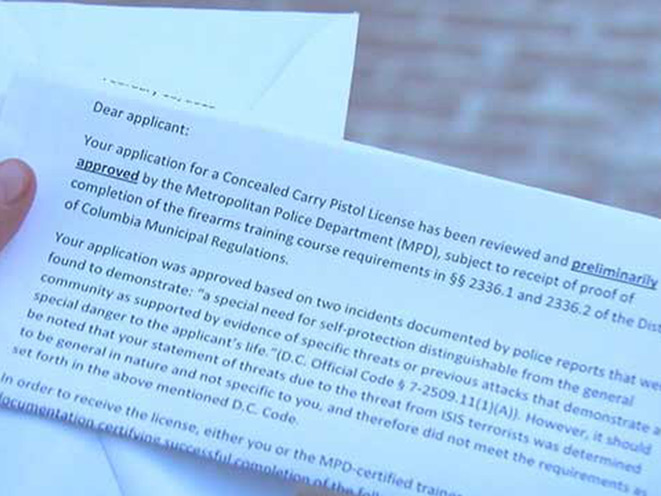 FOX 5 reporter Emily Miller just became the 16th person in the District of Columbia to obtain a concealed carry permit.

In September 2014, the D.C. City Countil passed a law that allowed handguns to be carried in public. In order to get approved for a CCW permit, however, one has to show evidence of “specific threats or previous attacks that demonstrate a special danger to the applicant’s life.”

Miller states in the FOX 5 report that she applied as soon as the law went into effect. At the end of October, she went to the D.C. Metro Police firearms registration office, where an employee there warned her that few people will get approved for a permit.

As FOX 5 notes, Miller obtained two police reports detailing specific threats against her — in addition to an FBI warning that journalists are being targeted by terrorists — and turned in her application at the end of November, paying the $75 application fee.

Then she waited for Police Chief Cathy Lanier’s decision.

In early February, a DC Police Sergeant contacted Miller to investigate her claims of “specific threats” against her before meeting with Chief Lanier to discuss her application.

To Miller’s surprise, Lanier approved the application due to the veracity of the threats made against her. Miller is now one of 16 people to get a concealed carry permit in Washington, D.C. According to the FOX 5 report, 76 people have applied in total. 31 were denied and five others cancelled their application.

The process isn’t over, however. As Miller states in her FOX 5 special report, she has 45 days to take 18 hours of training classes with a police-certified instructor. 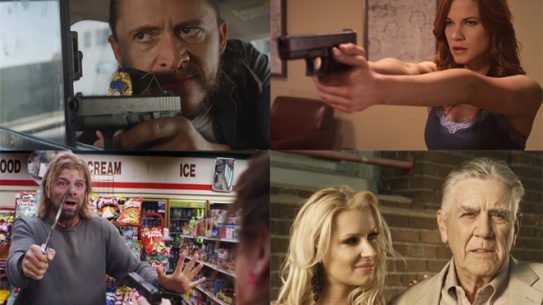