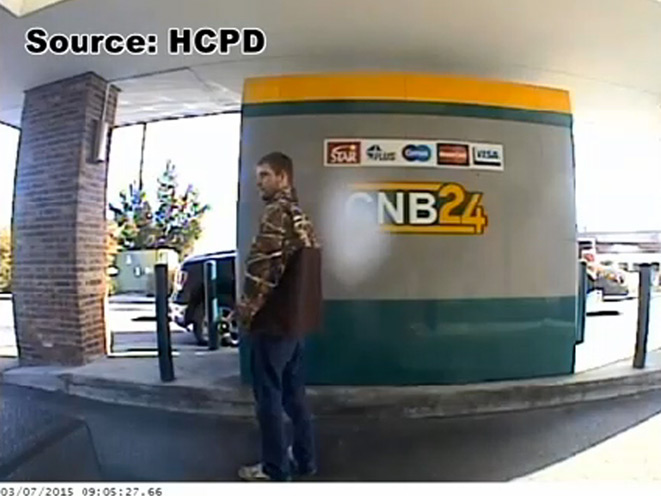 A would-be robber in Horry County, South Carolina got more than he bargained for when his intended victim drew a gun, causing him to flee the scene.

According to WMBF, the incident occurred on Saturday, March 7 at around 9 a.m. The victim told police a man approached her while she was withdrawing money from an ATM on Socastee Boulevard. The man pulled out a dirty needle and threatened to inject her with it if she did not give him money.

The victim, who has a concealed carry permit, drew her gun.

“She pulled out her handgun and stuck it in the suspect’s face. The victim advised the suspect, ‘I dare you to stab me,'” the police report states.

This action caused the suspect to run off.

As WMBF reports, the victim would have been within her rights to shoot the suspect under the Castle Doctrine, which has expanded in recent years to cover areas beyond the home.

“Basically anywhere where you’ve got a right to be and you feel threatened, so it doesn’t necessarily have to be at home,” 15th Circuit Solicitor Jimmy Richardson said.

Jason Wallace, co-owner of The Gun Store in Conway, SC, said this is a textbook example of why one carries a concealed firearm.

“She displayed her firearm, she gave a verbal command for him to leave her alone, to go away and he did, which is the best case scenario,” Wallace said. “She showed good judgement.”

Horry County Police are still looking for the suspect, who is described as a white map between 20 to 30 years of age. He was wearing a camouflage jacket and blue jeans at the time of the incident. He also has a tattoo on his face. If you have any information, contact the Horry County Police at 843-248-1520 or on the tip line, 843-915-8477 (915-TIPS). 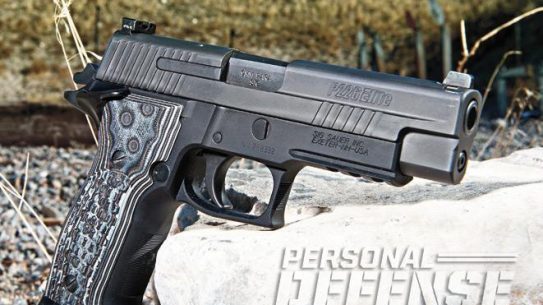 Course Range Gear: What to Pack When Attending a Handgun Training Class

Come prepared with the following pistols, holsters and cleaning kits if you want to...