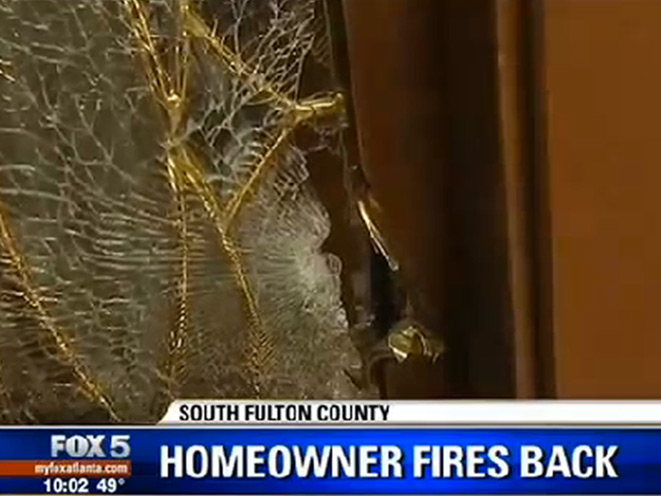 A burglar in South Fulton County, Georgia picked the wrong home to break into on Tuesday morning: he was shot by the armed homeowner.

According to 11Alive, a man and a woman showed up at the homeowner’s house located on Diann Drive at around 11:45 a.m., ringing the doorbell repeatedly. They then attempted to kick the door in.

After hearing the commotion, the homeowner armed himself and approached the front door from the inside. The burglars spotted him through the door window and started shooting at him.

Fortunately, the homeowner managed to return fire with his 9mm home defense handgun, sending the two running for their car, 11Alive reports.

The homeowner told police that the duo attempted to drive away, but they crashed their car against some nearby hedges. They then fled the scene on foot.

As 11Alive notes, the homeowner called 911 to report the incident. Police found a man with multiple gunshot wounds in nearby woods. He is currently in critical condition at Grady Memorial Hospital.

Fulton County Police are still looking for the woman involved in the burglary. It isn’t known if she was injured during the gunfight.

The homeowner was uninjured.

“I’m glad he’s okay. One has to be careful and protect yourself. That’s something you have to do these days. Seems like folks don’t care about nothing but themselves and what they can take from you. You just have to be prepared for it,” a neighbor said, according to 11Alive. “I prefer a shotgun, myself. Pistols are fine, but I own a shotgun, I’m an old country boy from Roberta, Georgia. And I love my shotgun.” 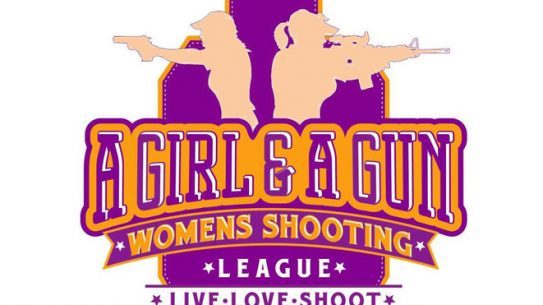 For most of the ladies this was their first experience at an indoor match...