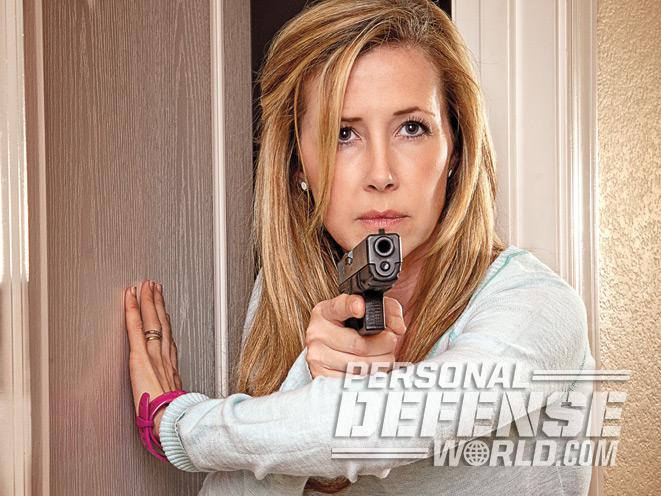 Photo by Straight 8 Photography
A well-trained mother defended her child from a home invader with a 9mm.
Comment(s)

One night, I was home alone with my baby. My husband works nights and this was normal for me. We lived in a development in the Midwest where the homes were small and close together. As with most mothers, every night I had a routine with my baby. On this particular night, after the bath, we called my mother so she could talk to the baby. During the conversation, I heard something that wasn’t quiet right.

Since I grew up with guns, we always had one available in our home. It was usually a 9mm, which I practiced with as often as I could. On this particular night, as we were talking to grandma, the sound that I heard was breaking glass. I immediately knew this wasn’t right and told my mother to call 911 since I thought someone was in the house. My mother smartly kept me on the line as she called 911 from another phone, and I listened as she gave them my address and situation. As she was talking to 911, I retrieved the 9mm from the locked box where we kept it and took up a position inside my bedroom where I could see the door.

I was too afraid to run over and close the door to my bedroom, so I cradled my baby and aimed. Before I knew it, a shadow came up the stairs, and in a flash a strange man bolted through the doorway and lunged toward us. I shot the intruder and he fell to the floor, screamed in pain and then all was quiet. I called 911 and screamed at the operator to get the police there and that I had shot an intruder. The intruder turned out to be a known burgler who had been wanted for some time. Thankfully, the police said, it was a good shoot and I had acted the right way. To me, the most important thing was that I kept my baby and me safe, and perhaps some other family down the road. —DM, PA

Face-Off With An Armed Robber

On my way home from work, I got a call from home and was asked to stop to pick up some milk and bread. In an effort to not forget my new task, I pulled into the first convenience store I saw. As I found my groceries and went to the counter to pay, a guy walked into the store and started yelling and waiving a large handgun.

It took me a moment to realize what was happening, as the initial shock had me in disbelief. Other customers made for the exit, but there I stood, frozen in the moment, as a dangerous man walked toward the register. Once there, he started yelling at us with what seemed to be incoherent language. In truth, my mind was on overdrive and I couldn’t understand what he was saying through the fog of the moment. As he yelled and I didn’t move, he became more agitated and stuck his gun in my face and said, “Move.”

As the clerk and I started to move, as if on autopilot, we headed to the back of the store. My mind started going over what I did wrong to be here and thoughts of my family. As my mind raced, my hand drifted down towards my right side and felt a bump.

For some fun a few years back I brought my son to a shooting range. After all the preliminaries of how to hold the gun, gun safety and how to shoot, I fired a gun for the first time in my life. The instant that first round left the chamber, I was hooked. One thing led to another and, in short order, I obtained my carry permit and a gun. Like my wallet and car keys, I made it a habit to carry my Ruger LCP to and from work. Since it had essentially become a part of me, I had actually forgotten it was there. As we were being forced to the back of the store, something started to stir in me. I wasn’t sure if it was fear or anger, but whatever it was, I wasn’t going to let this criminal do whatever he was going to do with us.

As the suspect walked behind us, still incoherently ranting, my hand drifted up under my jacket to my Ruger, and I grabbed the butt end and slowly pulled it from its holster, until the gun was firmly seated in my hand.

I was in between the criminal and the clerk, and as we walked the criminal kept looking behind him—to make sure no one was coming into the store or following us. In my mind, I timed his turns so that the next time he turned, I would quickly be able to fully draw my handgun from its concealment holster.

When he turned back toward us with his gun aimed at us, I yelled, “Stop or I’ll shoot!” He didn’t stop and I did shoot. The criminal slumped forward and fell to the ground. As he did, I yelled at the clerk to call the police and kept my Ruger trained on the robber. In a few short minutes, the store exploded with EMS personnel and police. As they examined the suspect, the EMS personnel realized nothing could be done. He was pronounced dead at the scene. After some interviews with the police and the store video confirmed our story, I took my bread and milk and returned home safely to my family. —RS, SC 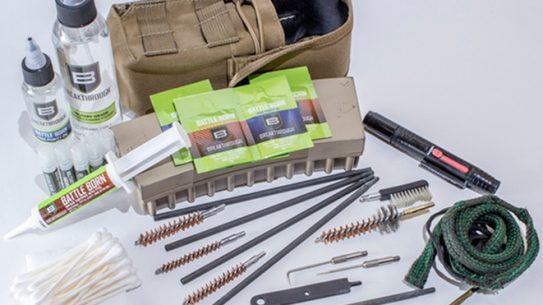 Ms. Clean created the Double kit to be twice the thickness of the Ms.... 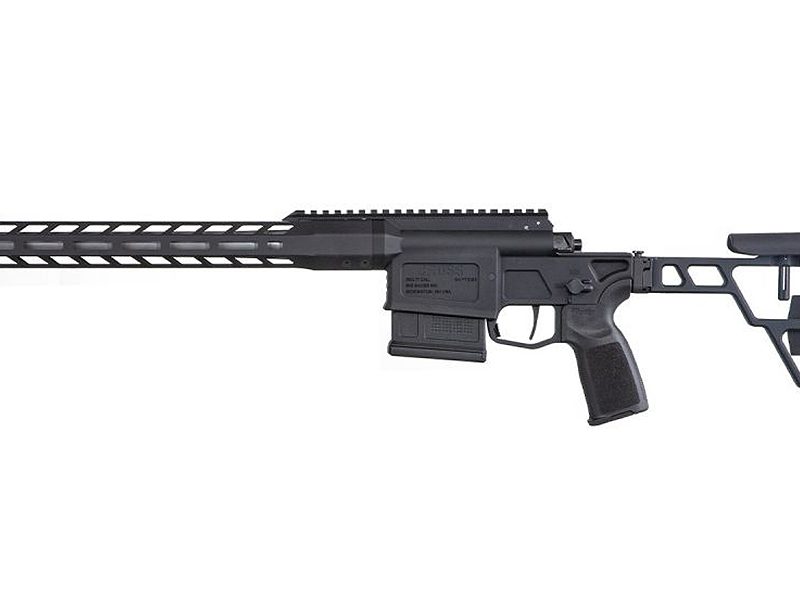