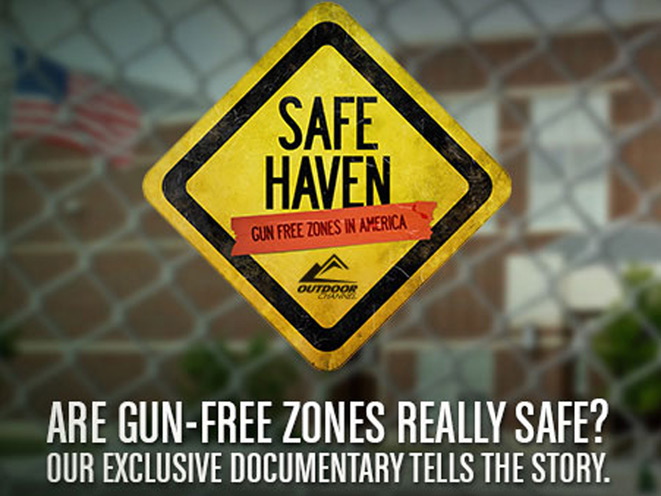 The following press release was issued by the Outdoor Channel

“Safe Haven” takes a critical look at the history of gun-free zones in the United States and their effect on crime prevention through a series of interviews with law enforcement, industry experts and survivors, among others. The documentary explores how effective, or perhaps ineffective, these gun-free measures have been and offers possible solutions that would better protects schools, businesses and the public at large.

WHY: Since 1950, all but two of the places where mass shootings have occurred in America have shared one common denominator: they all took place in a designated gun-free zone. A gun-free zone is an area that, by law, a private citizen is not allowed to carry a firearm. However, those determined to cause harm and destruction have little regard for a sign or the penalties that are carried with it.

Recent studies by the Federal Bureau of Investigation (FBI) and Purdue University shed new light on the effectiveness these laws have, as well as offer insight on what can be done to minimize their deadly cost. “Safe Haven” takes a step back from the public discourse on gun control and analyzes mass shootings in gun-free zones, as well as individual crimes where the presence of a legal firearm was denied by law. Using original interviews with victims of crime in gun-free zones, as well as politicians and other commentators, the documentary poses the question: Do gun-free zones work or are we creating an environment for criminal activity to run rampant?

WHO: Produced by Winnercomm, the documentary features the following:

WHERE: Only on Outdoor Channel.

To find out how to get the network in your area, go to www.OutdoorChannel.com/channelfinder or call (855) 44-OUTDOOR. 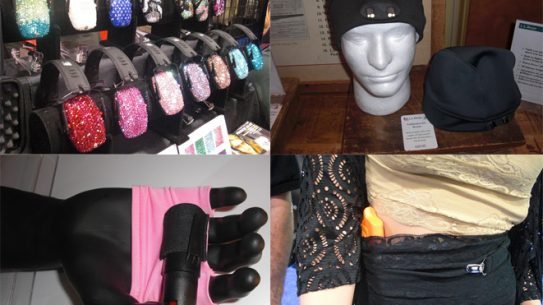 Don’t be a victim! Protect yourself and your family with these powerful new-for-2015 self-defense...