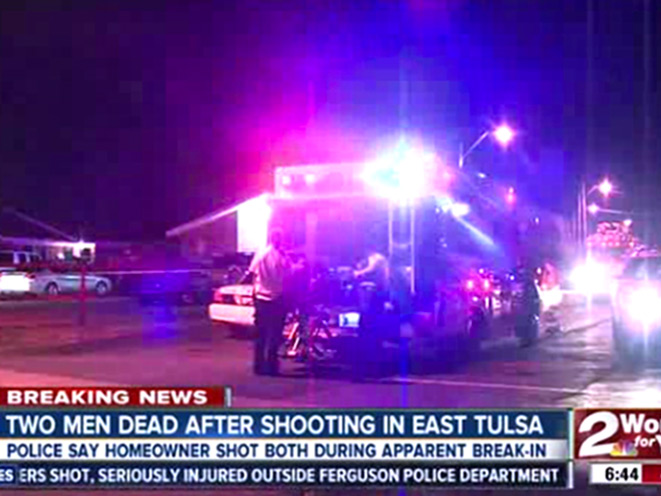 A paraplegic man shot two intruders in his apartment during an attempted home invasion in Tulsa, Oklahoma earlier this morning.

According to KWTV NEWS 9, a resident living at the Suzanne Apartments located in the 9900 block of East 12th Street shot two men after they broke into his apartment at around 2:30 a.m.

Kejuan Shields, 22, and Demario Harris, 34, were both pronounced dead at the scene.

Police are still looking for a third intruder who fled the apartment by climbing out a rear window. He is described as a black male, about 5’7″ tall, 150 pounds and wearing a dark hooded sweatshirt.

A report by KRMG states that Shields, Harris and the unidentified third man were arguing with each other right outside the apartment. The resident and a friend happened to see the argument and went inside.

At that point, the three suspects reportedly forced the door open and began assaulting the resident’s friend. That’s when the resident opened fire. Police believe at least one of the intruders was armed.

As Tulsa World notes, the resident’s mother, Anita Penn, said her son is confined to a wheelchair after being shot seven times back in July 2011.

Both Shields and Harris did time in prison for firearm possession and drug possession, respectively, KWTV NEWS 9 reports.

According to KRMG, the resident and his friend were both interviewed by police and released. Police are still investigating the incident. 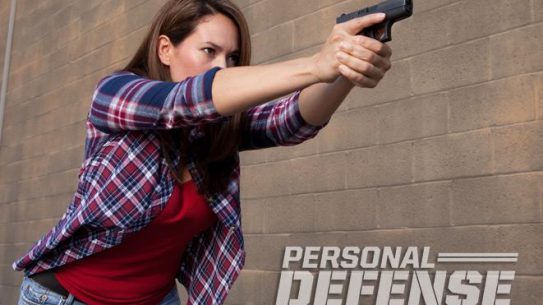