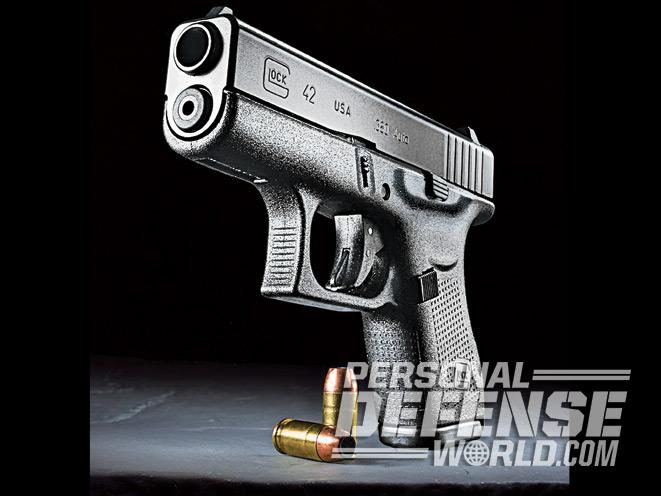 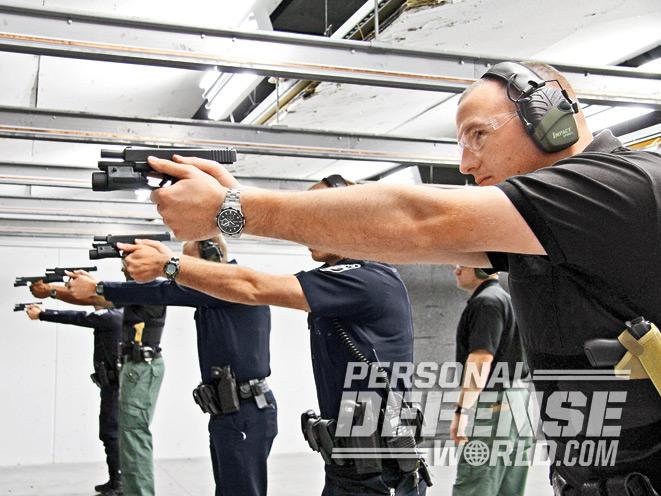 2 of 10
Small On Size, Not Power: GLOCK 42 .38 Auto
While the G42 is chambered in .380 AUTO, the GLOCK platform allows MPD officers to transition seamlessly from their full-sized G22 Gen4 pistols. 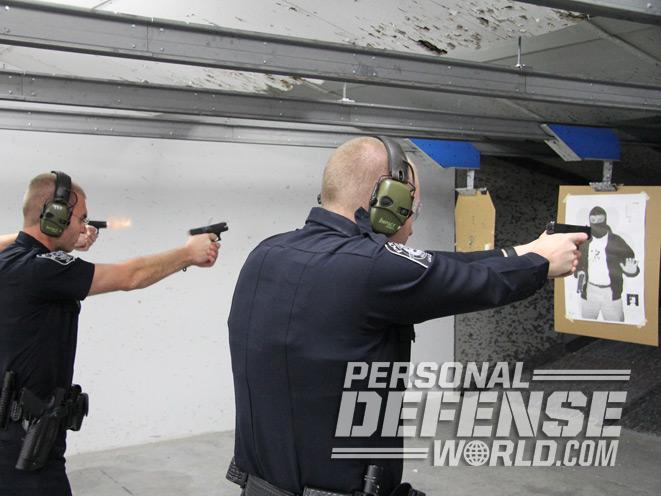 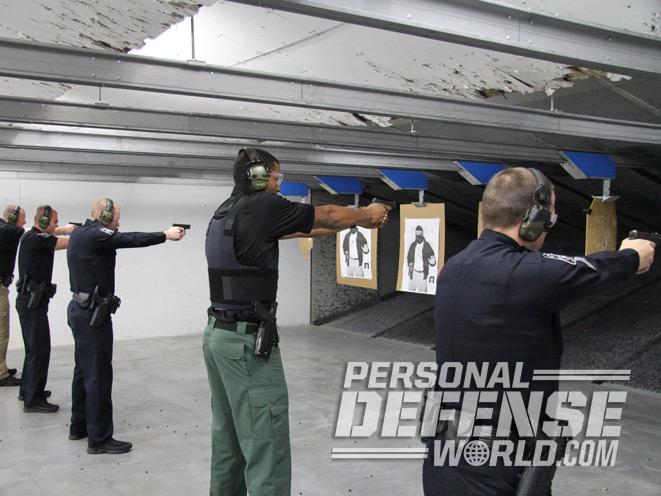 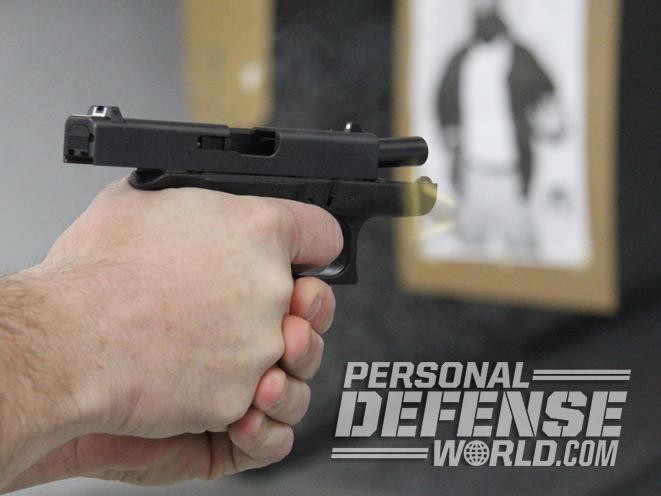 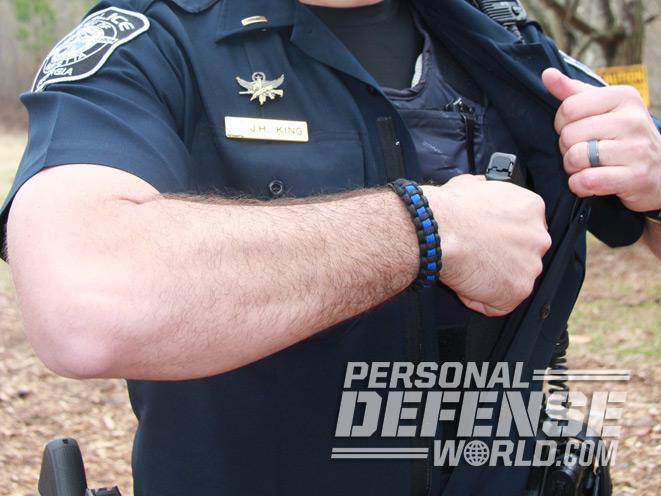 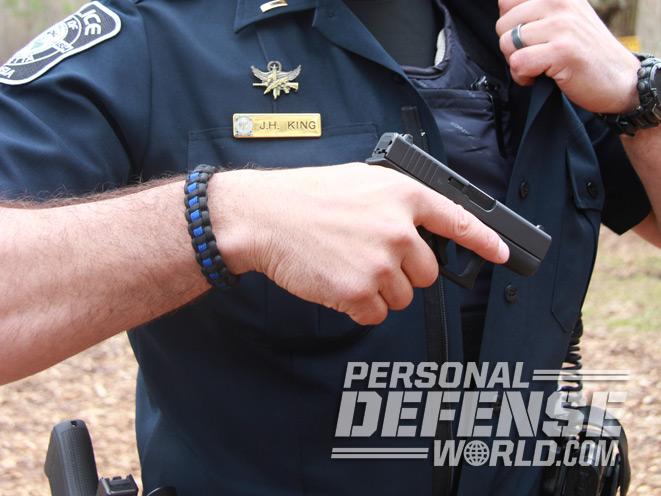 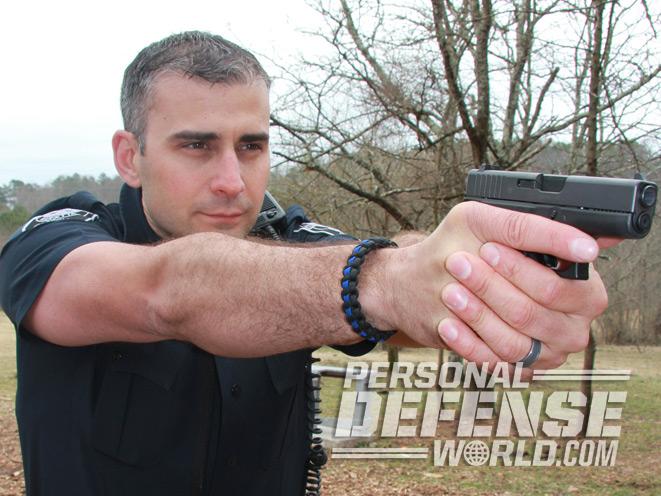 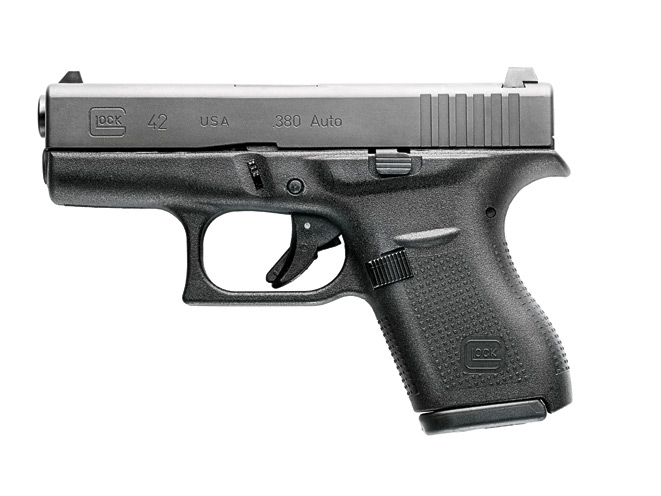 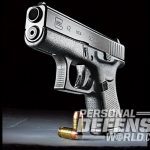 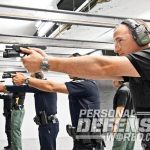 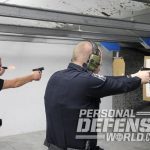 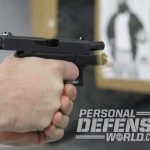 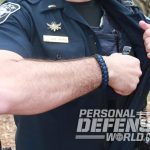 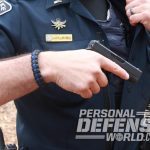 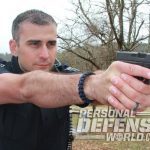 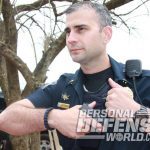 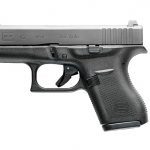 It is not uncommon for law enforcement agencies to issue or authorize their officers to carry backup and off-duty firearms that are similar to those the officers carry while on duty. What is unique about the move of the Marietta Police Department (MPD) and Police Chief Dan Flynn is that the department has chosen to allow officers to carry a caliber that is smaller than the .40 its officers carry on duty. Oftentimes there is hesitation—if not outright fear—to stray from tradition. Irrational concerns over liability often overshadow decisions that just make sense. Many of these antiquated opinions and policies were formulated in an era when, for example, gender and height requirements were still legal. Though the criteria and laws requiring police ranks to more closely mirror the communities they serve have been changed and updated, some old-school mentalities about firearms and calibers have been slower to respond.

There will always be dissenters who question an agency’s decision to allow officers to carry backup guns with calibers that differ from the “accepted” duty caliber. These arguments usually center around two main themes. The first is the fact that carrying different calibers complicates the exchange of ammunition from the primary firearm to the backup firearm, and any potential exchange between officers.

The second theme that surrounds this “controversy” is an age-old one revolving around caliber potential. Dissenters will argue about the knock-down and penetration power of various calibers and caution that officers may be in jeopardy if allowed to carry “inferior” calibers. Allowing calibers that are smaller than what is carried on duty is “dangerous.” To be specific, the G42’s .380 AUTO, compared to the G27, G23, G22 or G35, which are chambered for the .40, do in fact perform ballistically different. So what is the remedy to this difference? Training. Every police agency should be training to its officers’ capabilities and to the capabilities of the authorized firearms and the ammunition. The MPD understands that the remedy is not a denial of access to a tool that, if needed, might just save an officer’s life.

Marietta’s decision to allow its officers to carry the G42 is also indicative of its awareness that many of its officers weren’t carrying backup firearms on duty, even though the department’s policies allowed for it. Clearly the MPD has researched and actively investigated why officers opted out of carrying a second firearm. The department discovered that it boiled down to an inability to effectively conceal, access and shoot the previously approved firearms.

The G42 will allow MPD officers to carry a secondary firearm. Lt. Brian Marshall, an 18-year veteran of the MPD with an impressive firearms and tactical background, explained that the department is already seeing a “significant increase” with its officers voluntarily carrying the G42 as a backup weapon. He said that for many officers, the larger-caliber firearms in compact versions were just “too big, bulky and heavy for some officers to conceal,” so some officers just wouldn’t bother to carry a backup firearm. The MPD’s goal in transitioning to the G42 was to increase backup carry within the ranks.

I was one of those police officers who was unable to conceal the authorized backup firearm; I was forced to carry a knife as my “Plan B” deadly force option. This choice created underlying angst and discomfort every day I went on duty at work. Although Marietta Police Chief Dan Flynn did not set out to be a trendsetter for the law enforcement community by being the first LE official to adopt the GLOCK 42 pistol, I certainly hope that will be the end result. 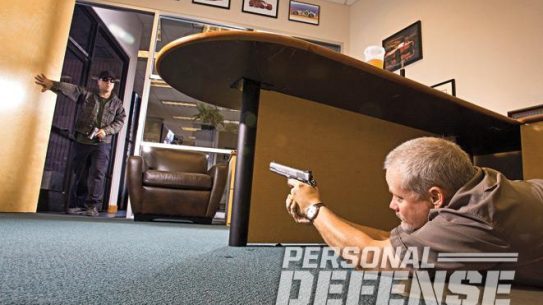 An armed “good guy or gal” who is at ground zero of an attack...