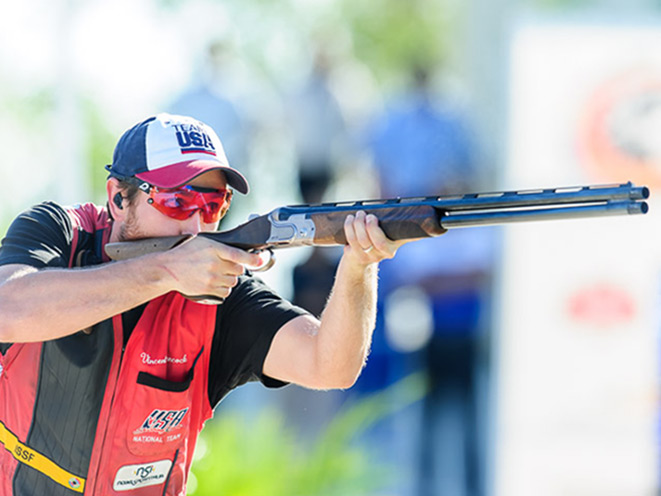 The USA Shooting Shotgun Team is going to be its own tough act to follow as the 15 athletes enter the second stage of the International Shooting Sports Federation (ISSF) World Cup series starting Saturday in Al Ain, United Arab Emirates.

The team finished the first World Cup in Acapulco, Mexico earlier this month in dominating fashion by earning four gold medals, one silver and one bronze in the five events. Vincent Hancock (Eatonton, Georgia, pictured above), who won a gold medal in Men’s Skeet, scored the only record of the competition by equaling the 125-target world record established by Italy’s Valerio Luchini in 2014.

The U.S. also pocketed an additional three Olympic quotas in Women’s Trap, Women’s Skeet and Men’s Double Trap. A quota spot is essentially the entry ticket necessary for a country to compete in Olympic competition in a particular discipline. USA Shooting athletes winning Olympic quotas will still have to earn the right to compete separately. Following the World Cup in Acapulco, one more quota spot remains for the U.S. in Women’s Trap and Women’s Skeet along with two more in Men’s Trap. No more quotas are available for the USA Shooting Team to earn in Women’s Skeet or Men’s Double Trap as the U.S. has earned the maximum allotment of two per discipline. Brandy Drozd (Bryan, Texas) and Josh Richmond (U.S. Army Marksmanship Unit/Hillsgrove, Pennsylvania) each earned Olympic quotas in Women’s Skeet and Men’s Double Trap respectively when they each won gold at the 2014 ISSF World Championships in Granada, Spain.

U.S. athletes competing in this World Cup are not only are trying to wrap-up securing the maximum Olympic quota allotments, but also focusing on earning valuable Olympic points through their World Cup finishes toward nomination to the 2016 Olympic team. More information on the Olympic Points System for Shotgun can be found on page 13 of Athlete Selection Procedures for the 2016 Olympic Games.

Men’s Double Trap shooter Jeff Holguin (USAMU/Yorba Linda, California) will look to extend his gold run in Al Ain following his gold medal wins at the 2014 World Cup Finals in Gabala, Azerbaijan and World Cup gold earlier this month. Derek Haldeman (USAMU/Sunbury, Ohio) also picked up the first World Cup medal of his career in Acapulco with his bronze-medal win. They, along with 2008 Olympic gold medalist and USAMU teammate Glenn Eller (Houston, Texas) all qualified for the Finals in Acapulco and should look to prove strong once again.

Also placing all three competitors in the Finals was the Women’s Skeet team in which Kim Rhode (El Monte, California) and Caitlin Connor (Winnfield, Louisiana) came away with the gold and silver medals respectively. Current National Champion Morgan Craft (Muncy Valley, Pennsylvania) was also in the medal hunt, finishing sixth.

Acapulco World Cup gold medalist Corey Cogdell-Unrein (Eagle River, Alaska) earned the first Women’s Trap quota for the U.S. with her win. She and teammate Kayle Browning (Wooster, Arkansas) battled it out in a shootoff to see who would move on to the gold or bronze medal rounds. Browning would finish the competition in fourth place.

The Men’s Trap program has yet to earn an Olympic quota but look to make a good run at one in Al Ain with Brian Burrows (Fallbrook, California) finishing sixth in Acapulco and Collin Wietfeldt (Hemlock, Michigan) finishing just outside of the Finals. Though their teammate Jake Wallace (Castaic, California) only connected for 118/125 targets in Acapulco, don’t count out the current National Champion who also holds the perfect world-record score of 125 he shot during the Championship of the Americas.

Athletes were selected for this event from the results of two selection matches in 2014: National Championships and Fall Selection.

This World Cup is a shotgun-only event with 431 athletes from 71 countries vying for World Cup medals and Olympic quotas. Competition begins Saturday with Trap competition and the Women’s Trap Finals and wraps on March 29. For more information and to follow live scoring, visit the ISSF website: http://www.issf-sports.org/competitions/venue/schedule.ashx?cshipid=1691. Please note, Al Ain is 8 hours ahead of the Eastern time zone. 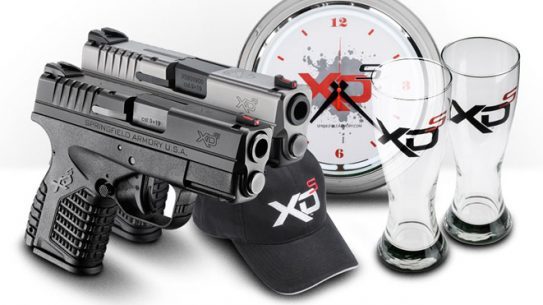