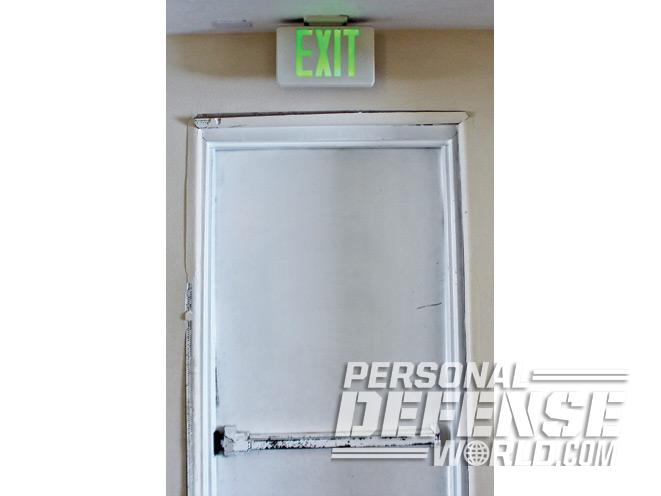 1 of 10
Safe Escape
Whether it’s a shooting at a school or in a mall, we unfortunately live in a world where active-shooter events are becoming more commonplace. When you’re in Condition Yellow, you’ll want to identify at least two exits in every building you go into. At first, this may take some getting used to, but after a while, it will become second nature. If an active shooter comes through one of the exits, you’ll be prepared to escape to safety through the other. 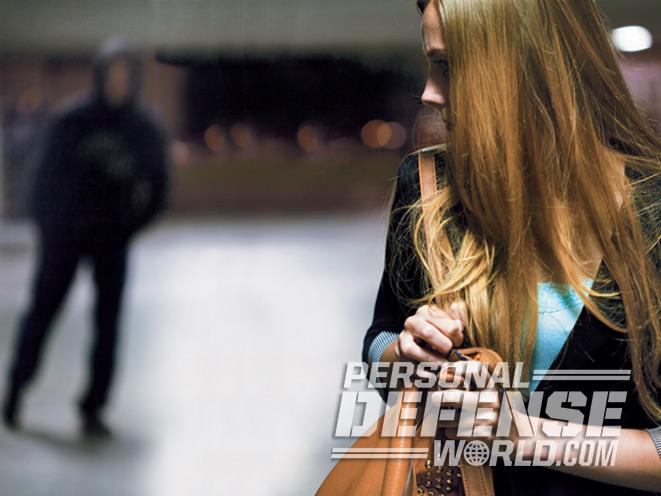 2 of 10
Stay On Guard
I travel all over the United States teaching survival and firearms courses. Since I often find myself in planes, taxis and on subways, I always play the “what if” game. What if the taxi driver doesn’t take the correct route and tries to kidnap me? What if the guy on the plane two rows in front of me starts going crazy and attacks the flight attendant? What if I’m giving a presentation in a hotel ballroom and shots ring out? When you constantly ask yourself “what if?” then you won’t freeze and hesitate when a crisis occurs, because you’re in Condition Yellow and are highly aware of your surroundings. 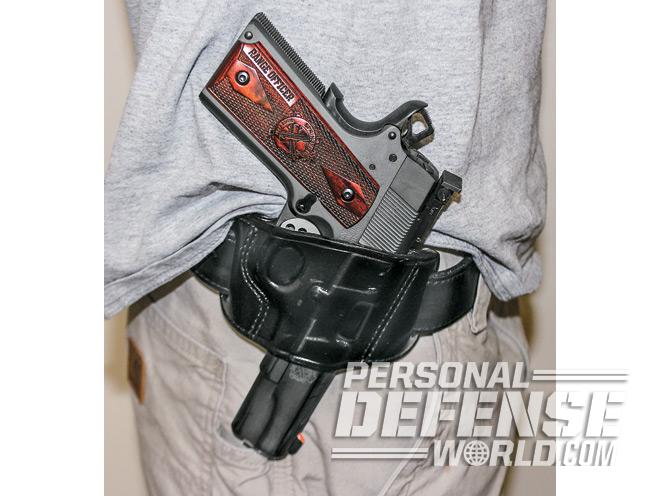 3 of 10
Concealed Carry
One of the best ways to increase your alertness level is by carrying a firearm. Because of the level of responsibility that comes with concealed carry, you will be hyper-aware of who’s behind you in line, who’s passing close by you when shopping and who’s giving you too much eye contact. Most importantly, you’ll be on your best behavior because you know you need to avoid any foolish confrontations. 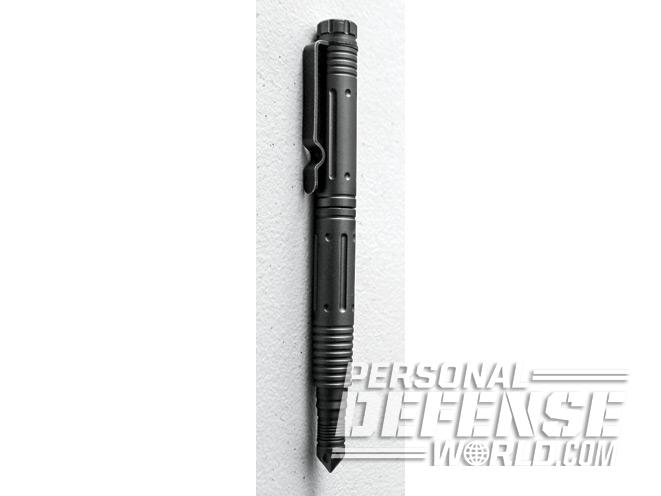 4 of 10
Covert Weapons
There are a lot of places you and I cannot carry a gun, such as on an airplane, in a government building or when traveling around the country to places like New York City. Thankfully, there are several self-defense tools we can still carry to protect ourselves as we go throughout the day in Condition Yellow. Besides a gun and a knife, my favorite is a tactical pen. My pen is made of aircraft-grade aluminum and has a sharp end, which means it will be a very bad day for any criminal who tries to attack me. Whatever alternative self-defense tools you decide to go with, just remember to never leave your home unarmed. 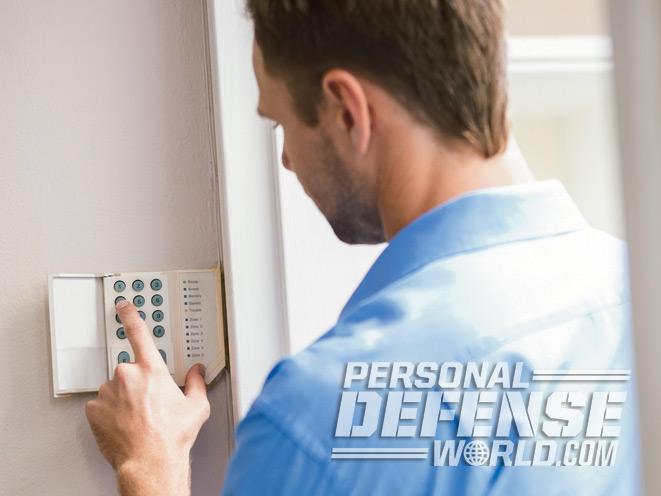 5 of 10
Backup Alarm
Ideally, you and I would be in Condition Yellow 24/7, but that’s not possible. We have to sleep for about six to eight hours a night, which means there’s a significant portion of each day when we’re not alert to our surroundings. However, when you get an alarm system, you’re putting your house in Condition Yellow. That way, you’re still protected and not completely vulnerable to someone breaking into your home and catching you off guard. What’s more, when you’re home during the day, you can set the alarm in “home” mode so you’re still alerted if someone tries to enter illegally. 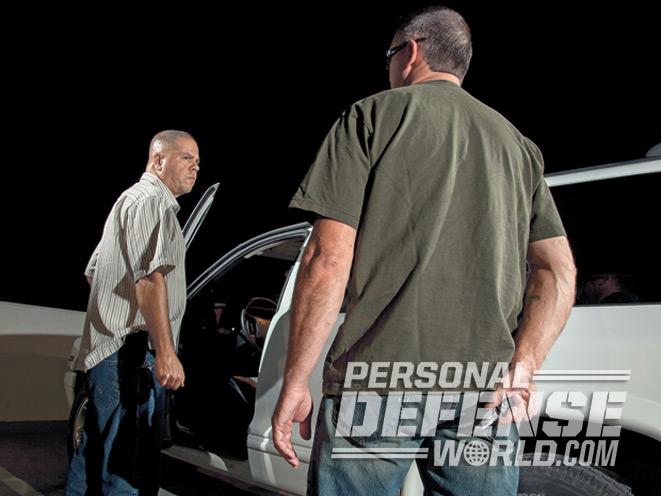 6 of 10
Watch The Hands
As any police officer will tell you, it’s the hands that kill. When you get that uncomfortable feeling from the guy in the elevator, make sure to watch his hands so you know he’s not grabbing for something to harm you. When that “interesting character” is walking down the street toward you, look at his hands to ensure he’s not carrying something that could be used to attack you. When you watch a potential attacker’s hands, you’ll be able to react quicker to a dangerous situation. 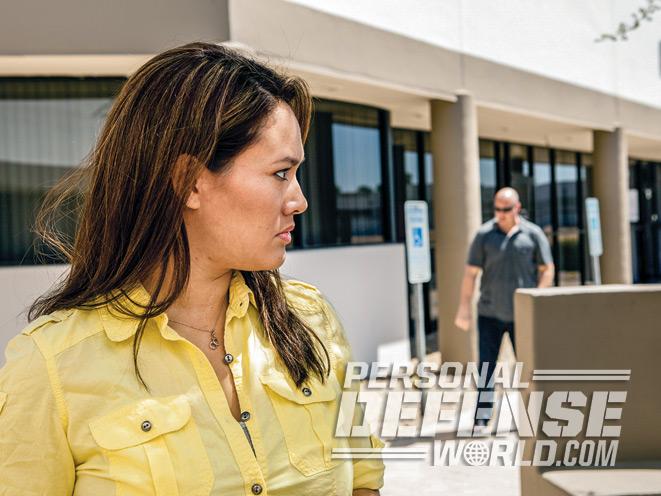 7 of 10
Be A Hard Target
Just like criminals case a home before they rob it, they also case people to see who looks like they will be the easiest person to rob. If you walk around with your head up and with purpose, you’ll exude confidence and send a message that you’re not the person who should be bothered. On the other hand, if your head is down and your shoulders are slouched, you look weak, like you’re an easy person to pounce on. Always remember to pay very close attention to the body language messages you send throughout your day. 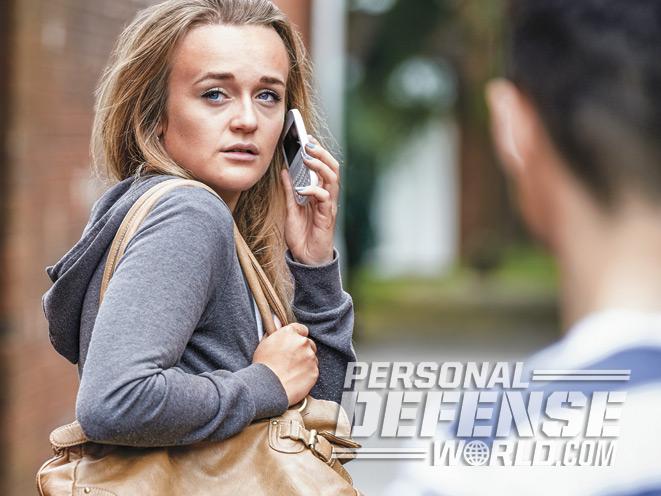 8 of 10
Keep Your Hands Free
I recently spent a week out of town for business. A few blocks from my hotel was a grocery store, and I went shopping there so I wouldn’t have to eat out every meal. On the way back to my hotel, I carried all of my grocery bags in my left hand, leaving my right hand free to protect myself. When you’re coming out of the grocery store, shopping mall or any other place, I encourage you to do the same. When your strong hand is free, you’re able to quickly draw your gun, knife or tactical pen to protect yourself from a violent encounter. 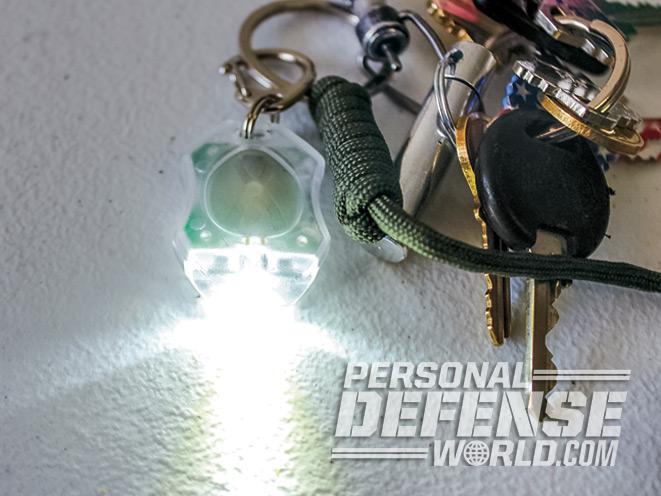 9 of 10
Light Up The Threat
Criminals love to lurk in the darkness because they think they can commit evil acts without being seen. Like rats, when you illuminate an area, criminals will often scatter, plus you’ll be able to see what’s going on around you. These days, there are many options for having a light with you at all times. You can get a small light that attaches directly to your keychain, such as the LRI Photon lights. You can also get small tactical flashlights made by SureFire, Fenix, Streamlight and Olight, which take up very little space in your pocket. 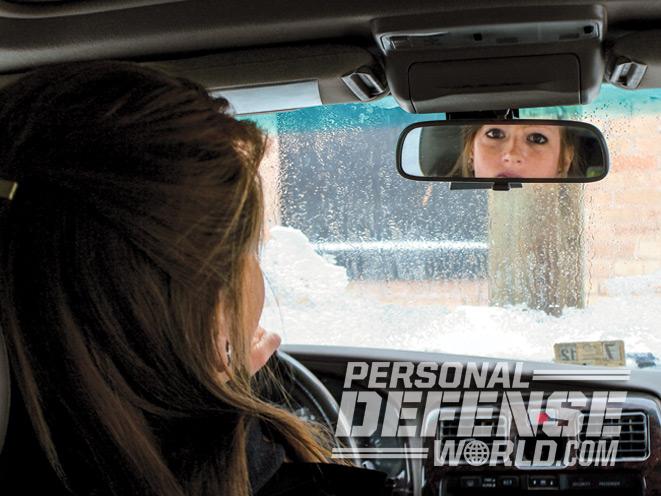 10 of 10
Stop Being Followed
Most people don’t check their rearview mirror often enough or look behind them enough while on foot. I’m not talking about checking behind you every two seconds, but as you’re traveling home in your car, you should glance in your mirror as you make the final turns to your home to ensure you’re not being followed. If you’re walking on foot, it’s a good idea to turn around every so often to ensure nobody is following you. It only takes a split second to look behind you, but this small act could keep you from becoming an easy victim. 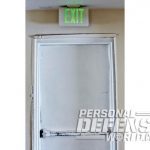 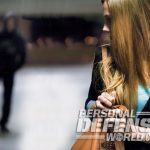 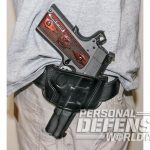 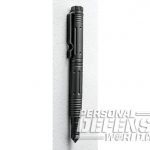 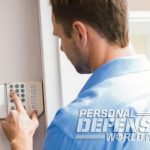 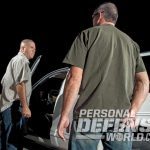 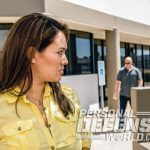 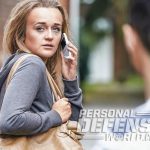 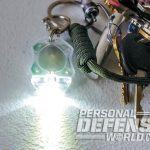 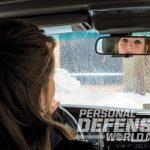 In a society where almost no one pays attention during their daily routines, those of us who commit to living in Condition Yellow are the least likely to become victims. After all, if a criminal is watching the entrance to a mall, waiting for someone to rob, who is he likely to attack: The person staring at their cell phone or the person whose head is up to scan the parking lot to see exactly where they are going? Obviously, you know the answer to that question. Here are a few quick strategies to better help you live your life safely in Condition Yellow.

Live in Condition Yellow – Always Be Aware of Your Surroundings

Massad Ayoob’s Tips and Tactics for Staying Alert and Aware 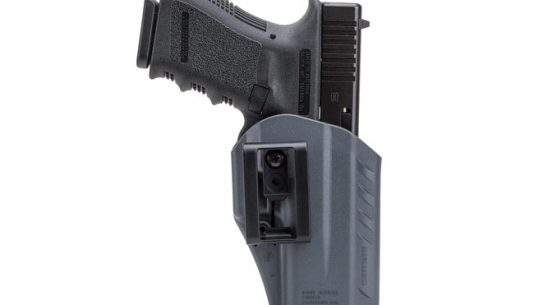