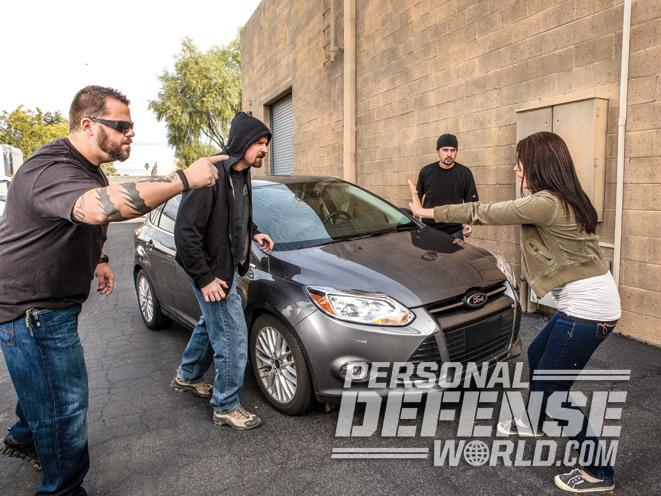 1 of 8
How To Escape An Ambush
If you feel that you are in immediate physical danger and cannot escape, you should engage the assailants. By becoming an aggressor, you force them to now play the role of defender. 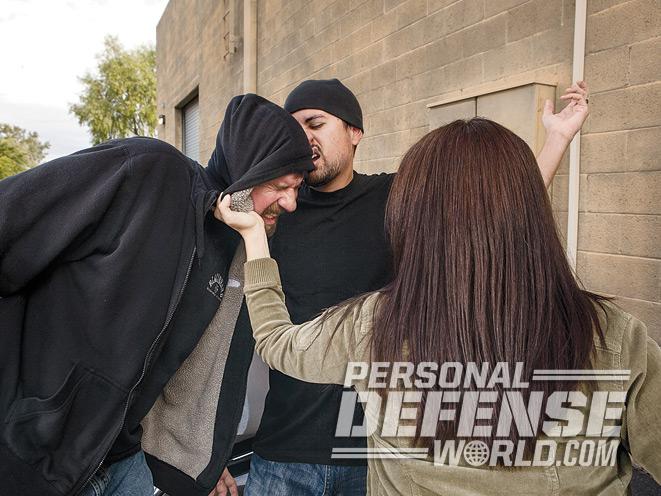 2 of 8
How To Escape An Ambush 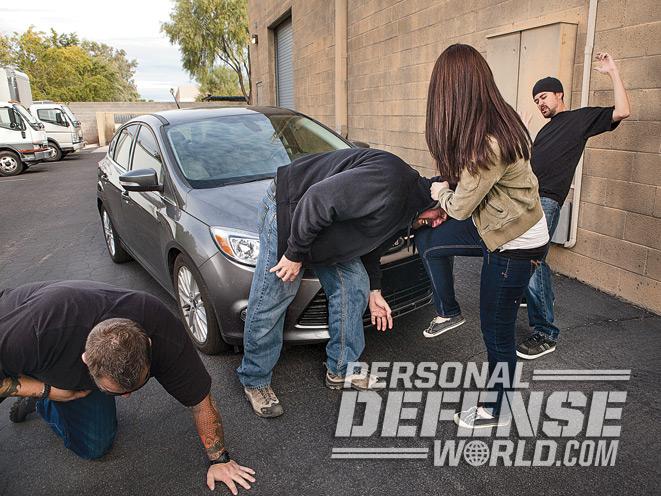 3 of 8
How To Escape An Ambush 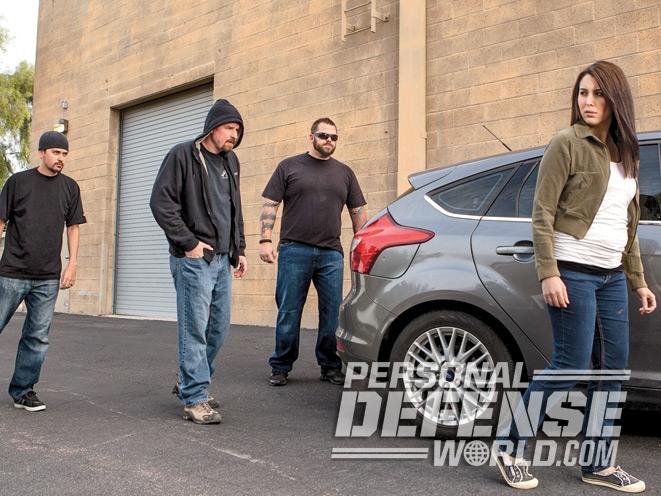 4 of 8
How To Escape An Ambush 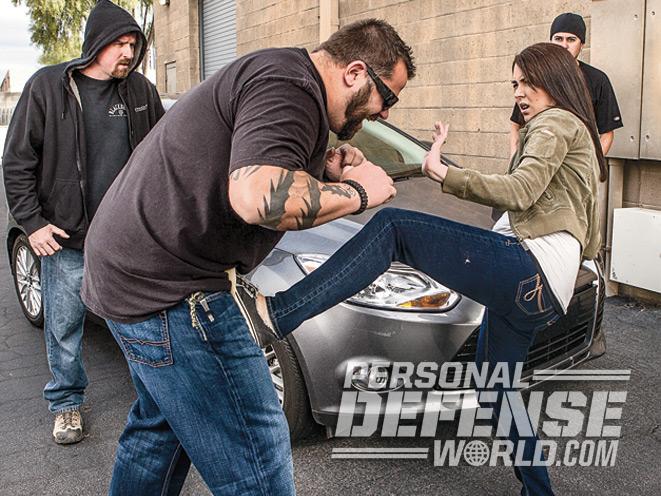 5 of 8
How To Escape An Ambush 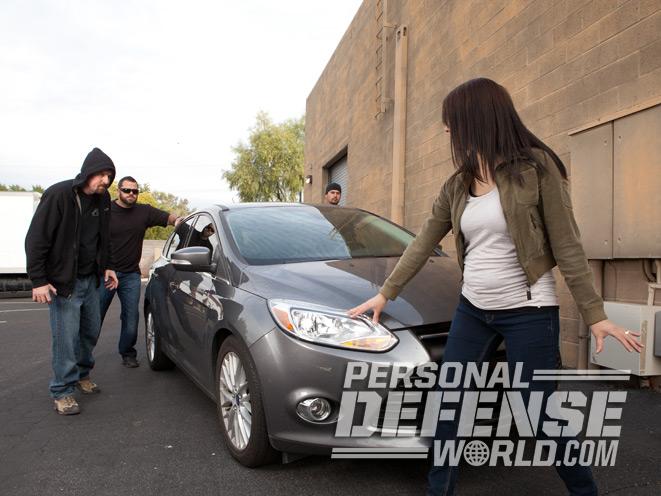 6 of 8
How To Escape An Ambush 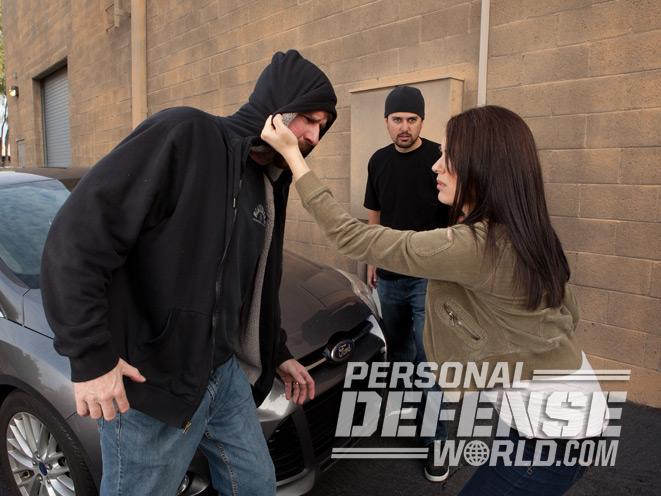 7 of 8
How To Escape An Ambush 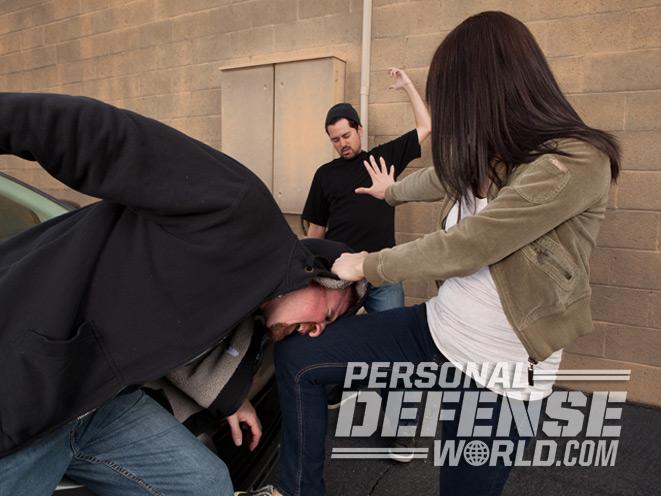 8 of 8
How To Escape An Ambush 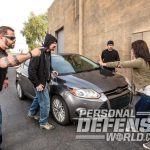 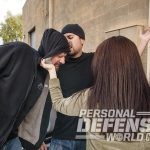 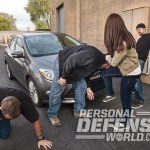 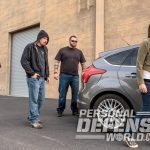 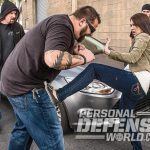 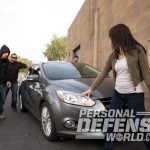 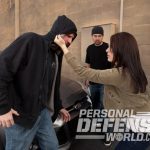 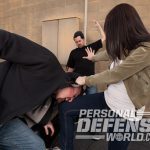 There is a notion held by some that a thing called a “fair fight” exists. It is based on our Western mentality of fairness and rule structure. However, this is a very subjective idea and rarely is a dangerous physical altercation between two evenly matched people. The cruel fact is that it is almost always predators attacking people they see as weak and incapable of defending themselves. More and more we see these assaults being carried out by groups. It is important to understand the fundamentals of dealing with multiple adversaries. While a guide to technique and strategy would be volumes in size, we can explore some of the basic principles.

The most advanced and effective self-defense technique ever devised is avoidance. If you can avoid a confrontation, then you are certainly ahead of the curve. The key to avoidance is awareness. By keeping your eyes open and your head up, you can more quickly see problems and avoid them. This can be as simple as crossing the street or even turning completely around and finding a new route. Lack of awareness coupled with overconfidence can put you in the middle of a very bad situation. The ability to “read” a group is important as well. The best tool we have at our disposal is our intuition. If we were to listen to the little voice in our head regularly, our lives would be much smoother. If you “feel” that there is danger, more than likely there is danger. Trust your instincts and change your path.

In the event you end up in the midst of a dangerous group, do your best to move in such a way as to place objects between you and the group. Move around a car so it presents a real physical barrier. This technique can buy you time and ultimately allow you to escape. If you are near several cars, try to move from car to car as quickly as you can. Even smaller objects like fire hydrants and tables are effective tools at slowing an attack. Be aware of your environment and use it to help you. This principle is as old as war itself. Around 800 A.D., Charlemagne presented his immortal words, “Let my armies be the rocks and the trees and the birds in the sky,” wise words that still apply today.

There may be a point where avoidance and blocking are not possible. If this is the case, then we need to find a way to more easily deal with the threat. The idea of dealing with multiple adversaries simultaneously is daunting to put it mildly. Even in a group of three, the space you have to fight in becomes limited and your ability to counter every grab or punch is almost impossible. The reality is that multiple attackers are exceptionally difficult to defend against. We must do our best to divide and conquer.

The technique is called stacking. You position yourself in a way that only one attacker has access to you, and this momentarily limits the others’ ability to lay hands on you. You can now deal with the initial attack and move on to the next one as it presents itself. The attackers essentially get in each other’s way. Add physical barriers into the mix now and you can use their numbers against them. As always, however, you should be scanning and searching for an escape route. While stacking gives you a momentary advantage, it can be overcome by tenacity and numbers. Escape is always the soundest response.

The final option is to fight, however we need to touch on what fighting really means. Once again, our civilized Western mind begins to box us into a corner. Understand what our fight will be. You need to shake off the idea of an accepted give and take. You punch and they punch, you kick and they kick. The idea that a fight must contain these components will limit you and can have tragic results. We will be offering a kinetic response to their aggression, a response so violent and fast that they will be taken aback by your ferocity. You have to be 100-percent committed to the fight. Begin with the intent of inflicting as much damage as possible on the assailant with no concern for their welfare or feelings. This is not a game, this is your life.

RELATED: 6 Steps to Escaping a Chokehold

Fighting “outside of the box” is effective as well. Grabbing the head of an assailant and smashing it into the other attacker’s face is a proven effective way to get their attention. This is effective because it is unorthodox and unexpected. Additionally, the human head is extremely hard and makes a great striking weapon. While you have the attacker’s head in hand, take a moment to deliver a knee strike to the face. Drive their head down as your knee comes up. The combined velocity is enough to cause a concussion and momentarily take the attacker out of the fight. All three of these actions we talk about here happen with such speed and ferocity that the attackers do not have time to respond.

On a more ethereal point, you must understand that you do not need to wait until the attackers actually begin to strike or grab you before you go to work. If you feel that you are in immediate physical danger and cannot escape, you should engage the assailants. By becoming an aggressor, you force them to now play the role of defender. Once again, we are always looking for the opportunity to escape. While these techniques are effective and painful, they are not guaranteed to completely stop an attack. They are effective at delaying the attackers, but if they are dedicated adversaries, they will force themselves to recover and come at you again. It is best to be a memory at that point.

Once you are free and safe, it is critical that you contact law enforcement. Many people hesitate to call the police for a multitude of reasons. The most profound reason I can give to call is this—you were able to escape, but their next victim may not be as skilled and fortunate. It could cost them their life. By bringing the police into the mix, you are protecting future victims from danger.

The idea of fighting one person is unnerving for most. Add in his or her friends into the mix and it can be a scary thought. The key is to have a plan and be aware. Seek personal-defense training, make yourself a “hard target” and do everything you can to avoid a situation like this. If forced into it, however, fight with ferocity and intent. It has much more to do with heart than it does size. You are more ferocious than you may know. 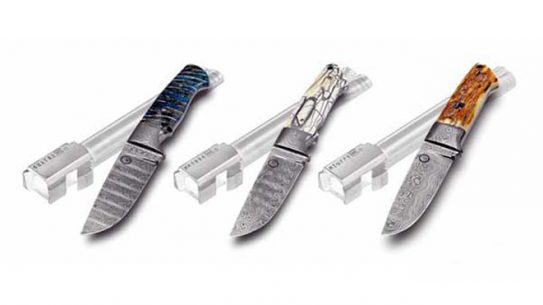 Two of the three barrels were used to win USPSA national championships by Dave...