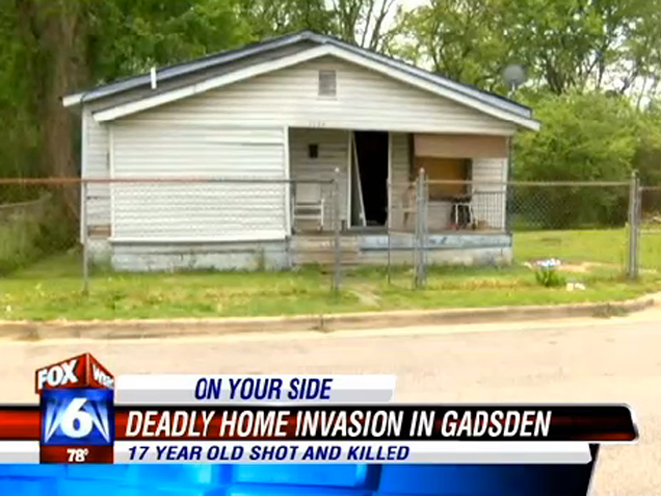 A home invasion in Gadsden, Alabama ended with the shooting death of one of the suspects thanks to a good guy with a gun.

According to MyFoxAL.com, the incident began at 3 a.m. Monday when three men kicked in the front door of a residence located in the 2100 block of Norris Avenue. One of the suspects — a 17-year-old — entered the bedroom of the 37-year-old female resident, put a gun to her head, and sexually assaulted her while his two accomplices went through the house stealing valuables.

The two men left, but the suspect assaulting her started hitting her in the head with his gun and demanding money. The victim told the man that her neighbor kept all her money. The suspect then brought her down the street to the neighbor’s home.

Once they arrived, the woman knocked on the door and yelled out that she was being attacked. As MyFoxAL.com reports, the neighbor looked out the window, realized what was happening, and dialed 911. The suspect responded by yelling at the neighbor to get off the phone and firing his gun twice into the air. When that didn’t work, he pointed his firearm at the neighbor.

Fortunately, the neighbor managed to grab his home defense gun and fire off one round at the suspect, shooting him in the chest. The man died at the scene.

Police arrived and the woman was transported to an area hospital to be treated for her injuries. The neighbor was questioned by police and released.

The other two men involved in this home invasion are still at large. 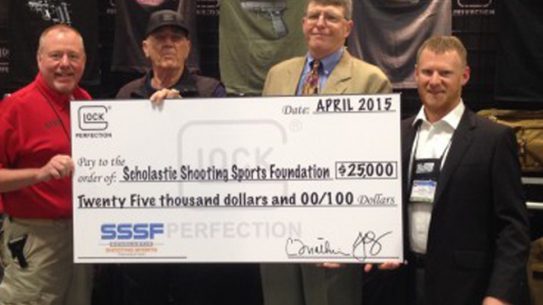 GLOCK was one of the founding partners of the Scholastic Pistol Program when the...