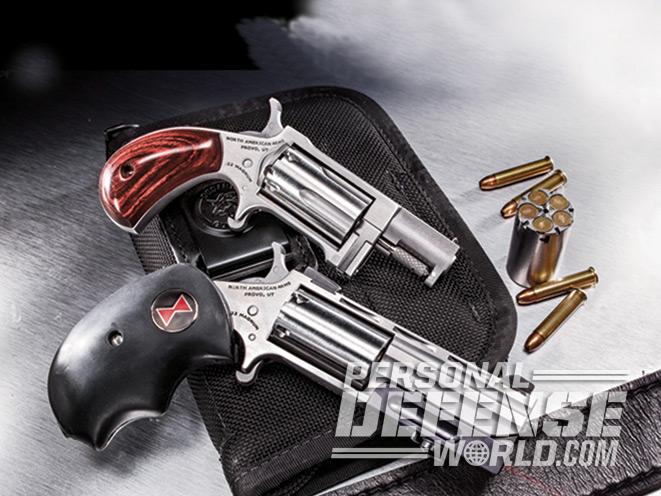 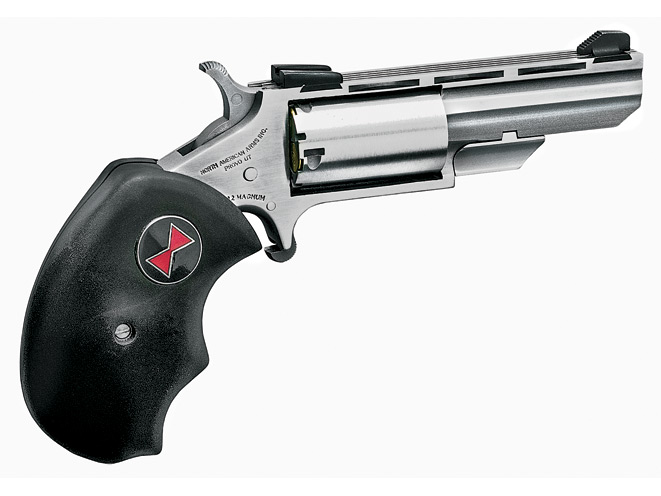 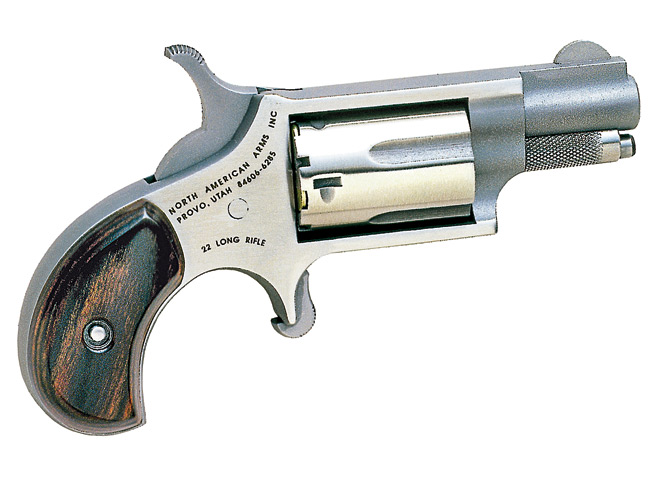 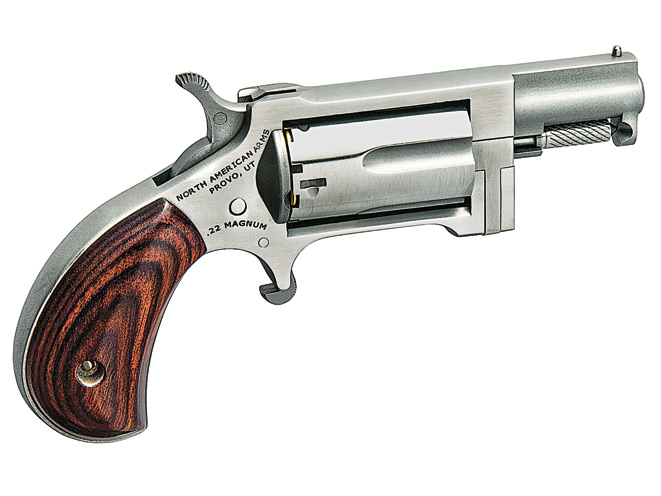 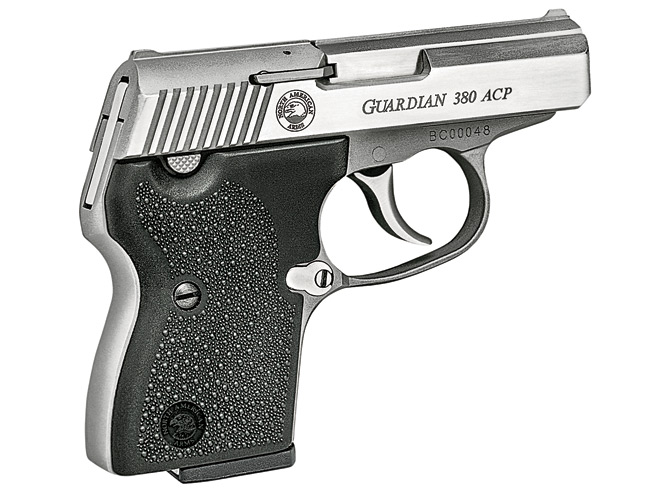 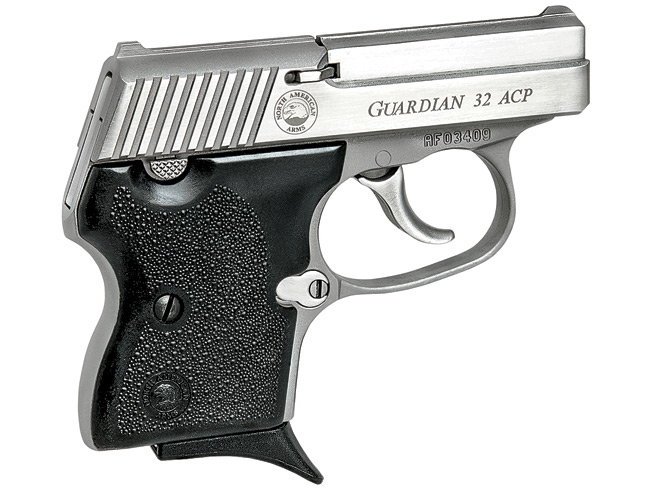 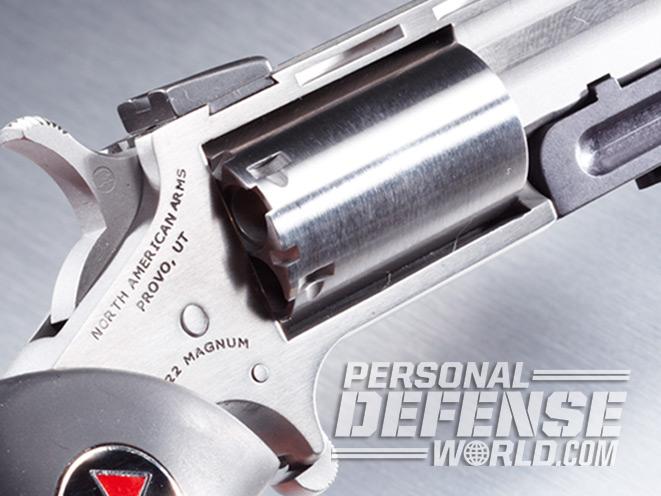 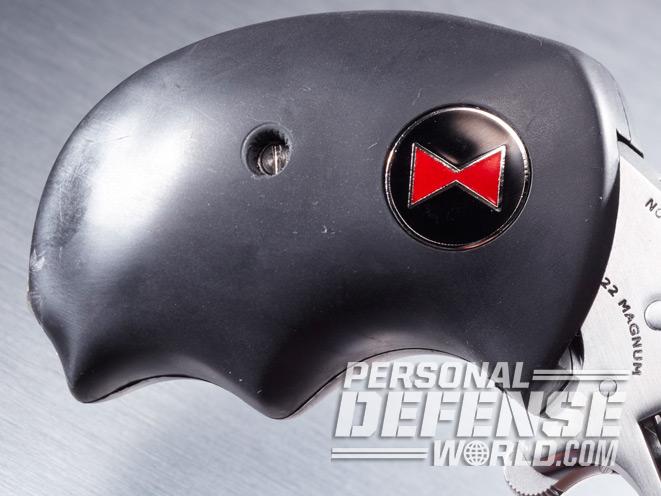 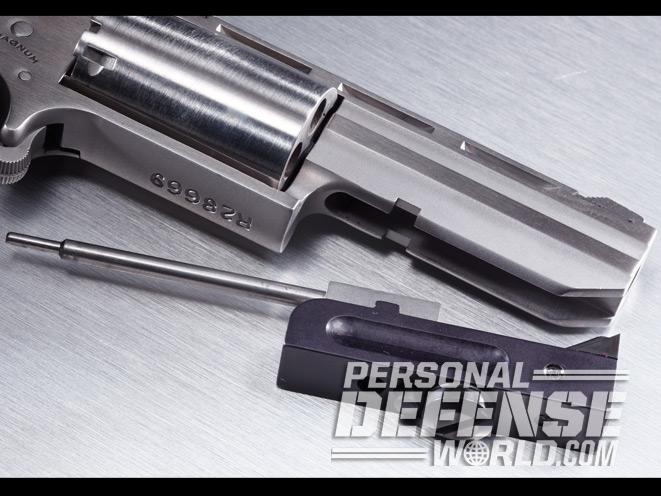 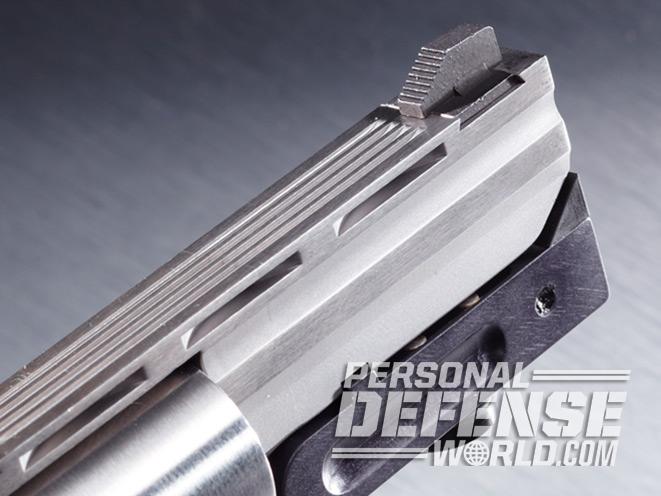 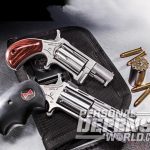 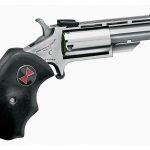 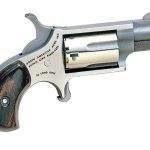 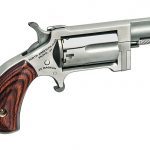 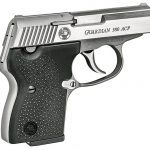 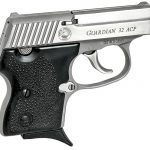 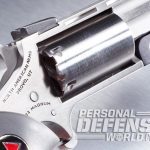 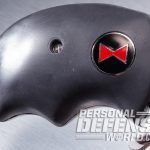 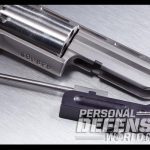 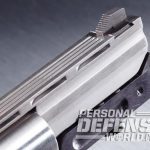 Among the earliest pocket pistols were revolvers, and many of these early revolvers were rimfires. Small, short-barreled revolvers are still popular for personal protection and concealed carry, but if you want something that is truly small and concealable, check out the mini revolvers from North American Arms. But NAA certainly doesn’t limit itself to innovative mini revolvers. The company also produces some extremely compact and distinct semi-automatic pocket pistols. Scroll through the gallery above to learn more.

The NAA Black Widow .22 Magnum is designed for serious use and not as a novelty. It features single-action (SA) firing and a five-shot heavy bull cylinder with no flutes. In between the chambers there are notches cut to hold the hammer in place. This allows the revolver to be carrier loaded with the hammer down safely so that it will not fire if dropped. The spur trigger is semi shrouded until the hammer is cocked and there is no triggerguard.

On top, the user has a choice between Millet fixed or adjustable sights that are very visible and easy to use. The gun also features a 2-inch heavy vent barrel and an oversized, rubberized black grip with a distinctive red and black, hourglass-shaped black widow spider logo. The grip is still very small but significantly larger than those found on the company’s other revolvers, all of which also feature stainless steel construction, which makes them extremely durable and corrosion resistant.

Out of such a short barrel, the .22 Magnum does lose a lot of its punch. Still, the performance, depending on the ammunition, is over 1,000 feet per second (fps) or more. This places the diminutive pistol in the same league as a much larger 4- or 5- inch gun chambered in the smaller .22 LR.

It is also important to note that while the .22 Magnum may share the same diameter as .22 LR and .22 Short, these cartridges are not interchangeable. Do not try and load .22 LR or .22 Short into a .22 Magnum chamber; the dimensions are not the same. North American Arms sells extra cylinders chambered in .22 LR and .22 Short for anyone who wants the extra versatility or for practice or training use.

The company warns against dry firing as this can damage the firing mechanism. Instead, owners should use a spent or dummy case if they want to practice dry firing. For hiking or camping in the backwoods, the revolver can also be loaded with birdshot loads to ward off snakes.

The NAA .22 LR is the gun that started it all, and it is the most popular mini-revolver there is. You can shoot both .22 LR and .22 Short cartridges through it, and over the years, a plethora of accessories have been developed for it, including laser sights and different holsters and grips. The company does warn against firing the gun with mother of pearl grips, as these may crack under recoil. One extremely cool holster is the belt buckle holster that makes the gun look like it is just a fancy Western-style buck knife and not actually a gun—but with a quick flick of a switch, the gun can be drawn. Another holster option is actually a larger folding grip that includes a belt or pocket clip for convenient everyday carry.

For anyone who prefers a more traditional-style revolver, the North American Arms Sidewinder features a swing-out cylinder. It does swing out to the right instead of to the left, but it includes an extractor that makes loading and reloading much easier and faster. The cylinder release is actually part of the cylinder rod/ejector rod, instead of a separate latch. This feature adds a bit in terms of length and weight, and it is only available with the .22 Magnum cylinder, although replacement cylinders allow for the use of .22 LR and .22 Short ammunition as well. Otherwise, this pistol is identical in use and operation to the other NAA revolvers.

North American Arms certainly doesn’t limit itself to innovative mini revolvers. The company also produces some extremely compact and distinct semi-automatic pocket pistols. The .380 ACP Guardian is the largest of these, at least in terms of caliber, and offers 6+1 capacity with hammer-fired, double-action-only (DAO) operation and all stainless steel construction. The grips are rubberized and pebbled for a secure hold, and the gun features extremely clean lines with the only controls being the trigger and magazine release. The button above the grip on the right side is called a slide release, but its function is to release the slide for disassembly. NAA also makes this pistol available in its own .32 NAA cartridges, which is a necked-down .380 ACP case, which offers superior feeding and velocity.

The .32 ACP Guardian was the first semi-auto pistol produced by NAA, which began production of the design in 1997. While this chambering is less powerful than the .380 ACP, it does offer less recoil for such a lightweight and compact pistol, allowing the shooter to produce faster follow-up shots on target. It is identical in its operation and stainless steel construction to the .380 ACP Guardian, but is over 5 ounces lighter. One of the most impressive features of this pistol is that it is also available in a unique .25 NAA cartridge designed by NAA and CorBon. This is a .32 ACP case necked-down to .25 caliber. The cartridge produces impressive velocity, making it actually more powerful than the larger .32 ACP. 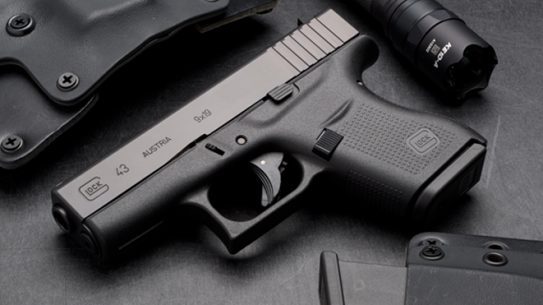