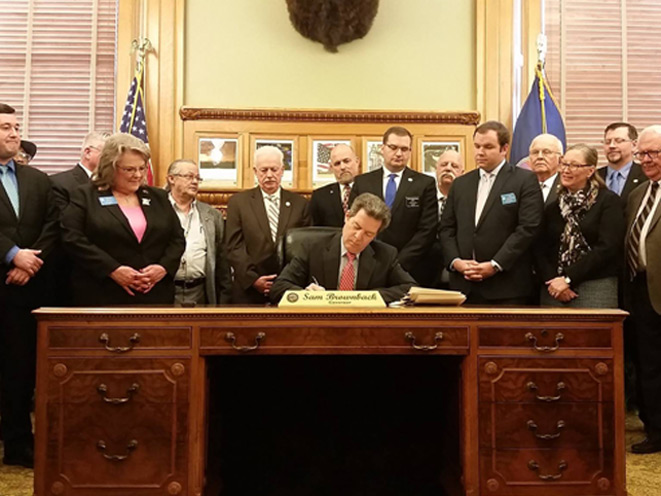 The following is a release by the NRA-ILA

“On behalf of the NRA’s five-million members, we want to thank Governor Brownback and Senate Majority Leader Terry Bruce for their leadership on this critical issue,” said Chris W. Cox, Executive Director of the NRA-ILA. “This new law is a common sense measure that allows law-abiding Kansans to exercise their fundamental right to self-protection in the manner that best suits their needs.”

Kansans already have the right to carry a firearm openly without a permit, as long as they are not prohibited by law from possessing a firearm. However, under current law, if a firearm becomes covered by a coat or if a woman prefers to carry a firearm for protection in her purse, he or she would need a concealed carry handgun license. The new law simply extends permitless open carry to permitless concealed carry, allowing law-abiding gun owners to protect themselves and their loved ones in the manner that best suits their needs. Kansas’ permitting system remains the same under the new law. People who obtain permits still enjoy the reciprocity agreements that Kansas has with other states.

The bill passed the legislature with overwhelming support despite efforts by billionaire Michael Bloomberg’s out-of-state gun control lobbyist to defeat the legislation through a misinformation campaign.

In the three states that have adopted permitless carry laws similar to Kansas’ law, murder rates have gone down; declining by 23 percent in Alaska, 16 percent in Arizona, and eight percent in Wyoming.

Established in 1871, the National Rifle Association is America’s oldest civil rights and sportsmen’s group. More than five million members strong, NRA continues to uphold the Second Amendment and advocates enforcement of existing laws against violent offenders to reduce crime. The Association remains the nation’s leader in firearm education and training for law-abiding gun owners, law enforcement and the armed services. Be sure to follow the NRA on Facebook and Twitter. 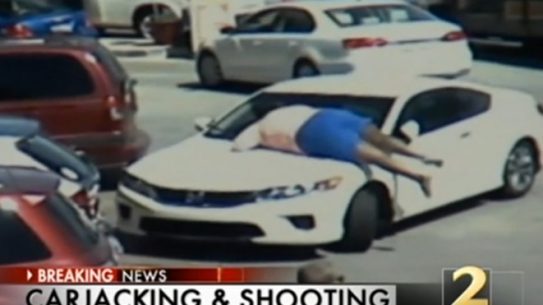 A good guy with a gun thwarted a carjacking on Friday, shooting the suspect...