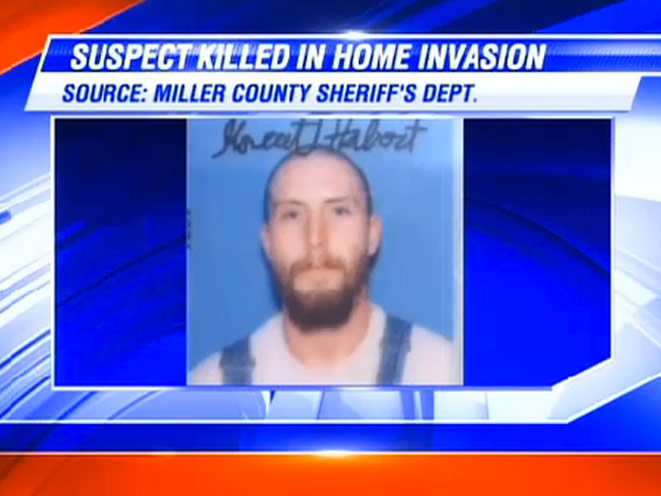 An 80-year-old homeowner shot and killed a man during a failed home invasion in Texarkana, Arkansas last Thursday night.

Officials with the Miller County Sheriff’s Office said the incident occurred around 7:50 P.M. According to Texarkana Today, a white male suspect — identified as 25-year-old Garrett Heath Halbert — forced his way in through the front door of the residence located on McClure Road and began attacking the homeowner.

At some point during the struggle, the homeowner managed to grab his home defense gun. In the midst of the physical altercation, the gun went off. Halbert was shot in the chest and the homeowner reportedly shot himself in the arm accidentally, though that hasn’t been confirmed. Investigators are still piecing together the details.

“Exactly to what extent we do not know, but throughout the house,” Miller County Sheriff’s Department spokesperson Ernie Keck told KSLA. “We do know they were in close contact with each other struggling and a struggle did ensue over the hand gun.”

Police arrived and Halbert was pronounced dead at the scene. His body was taken to the Arkansas State Crime Lab for an autopsy. The homeowner was transported to Wadley Regional Hospital for non-life threatening injuries, Texarkana Today reported.

It is believed that Halbert and the homeowner were strangers. The investigation is ongoing to determine whether or not any charges will be filed, though this appears to be a case of self-defense. 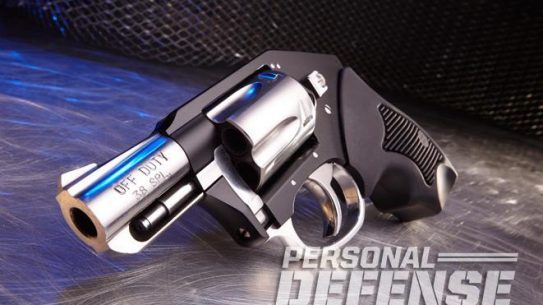 Lightweight concealed-carry options from .38 to .45 ACP!