Several products fall into the less-lethal category, from OC and pepper spray to restraint and control devices like batons and teargas launchers. Because of this, there are many companies that are answering the call, from law enforcement officers and civilians alike, who want products to protect themselves when carrying a firearm is not an option. Here are some of the best new less-lethal products available on the market for LEOs and civilians. 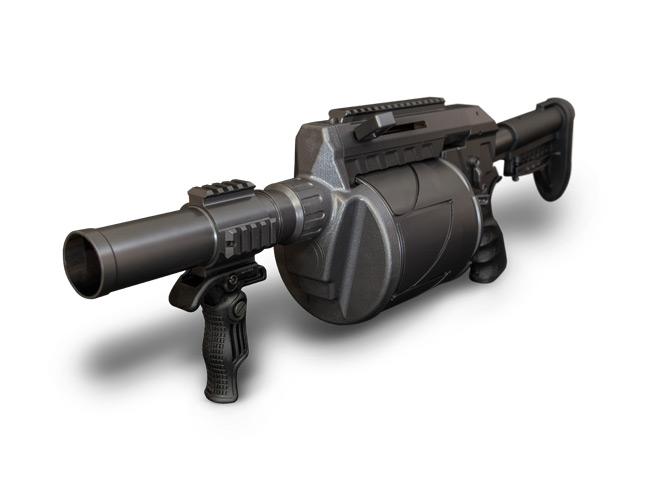 AMTEC Less-Lethal Systems has just introduced the new South African-made Rippel Effect RLL37/38 less-lethal multi-shot Launcher. Gert Rossouw, the designer of the weapon, explained that it is a six-shot launcher that can be used by law enforcement and military personnel for crowd control. Completely ambidextrous, it advances under spring tension and the cylinder can be rotated forward or backward in order to fire different types of loaded munitions. These would typically include smoke, CS gas, baton and beanbag rounds. A simple barrel and cylinder swap can be done to convert the weapon to 40mm. Constructed primarily of 7075 aluminum, it weighs approximately 3.7 kilograms and can utilize virtually any sighting system that can attach to a Picatinny rail. For more information, visit http://www.lesslethal.com or call 850-223-4066. 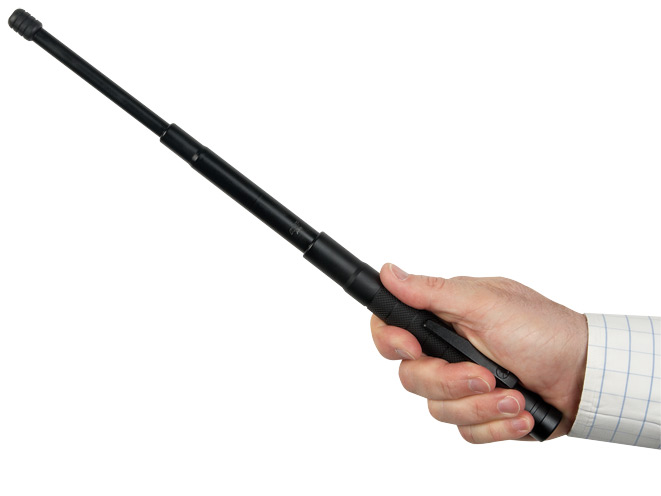 Although ASP has an extensive line of flashlights and restraints, its name is synonymous with expandable batons. The company has just released a new line of batons, the Agent. The Agent is similar to the Talon series that was released a little over a year ago. The Agent has an extended tip to allow it to be pulled open or opened traditionally through inertia. It has a push-button Disc Loc on the end to close it. This means the baton can be opened discreetly and in close quarters like a vehicle or in tight quarters such as a stack in a narrow hallway. Discreet opening can be a very useful feature for persons serving on a protective detail, or simply an individual who fears a confrontation but does not want to appear like the aggressor before being attacked. Additionally, the Agent batons can be closed while reholstering them, with one hand. This both speeds up and simplifies the traditional closing method of pounding the baton on the ground. Made from 4140 steel and 7075-T6 aluminum, the Agent is available in 16- and 20-inch lengths. The Agent Baton is a slightly thinner than the Talon, and it is a more concealable baton with a Nexus clip for pocket carry. The grip is knurled instead of the traditional foam, cushioned handle found on most ASP batons. For more information, visit http://www.asp-usa.com or call 800-236-6243. 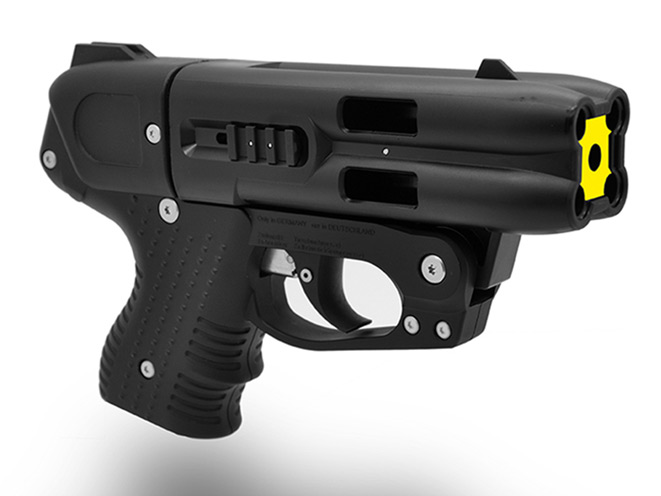 The JPX4 is a four-shot OC pepper projector. Similar to Kimber’s Pepper Blaster and Pepper Blaster II (they are made by the same parent company), the JPX4 comes in two models: the Full version for law enforcement and the Compact for concealment. Each version has four barrels that are loaded with 0.35 ounces of 400,000-Scouville OC pepper spray that discharges at approximately 320 fps. The canisters can be hooked together with a speed-loader plastic clip. A rotary hammer inside the unit moves to each subsequent barrel each time the trigger is pulled. The Full unit comes with an aiming laser built in and a rail to mount a light. The Compact does not have these features, but is slightly smaller. The JPX4 is not a firearm so it can legally be carried across state lines. Holsters are available for both versions. However, they weigh a little more than a pound when loaded so they can easily be carried in a handbag or on a duty belt without adding a lot of weight. For more information, visit http://www.jpxline.com. 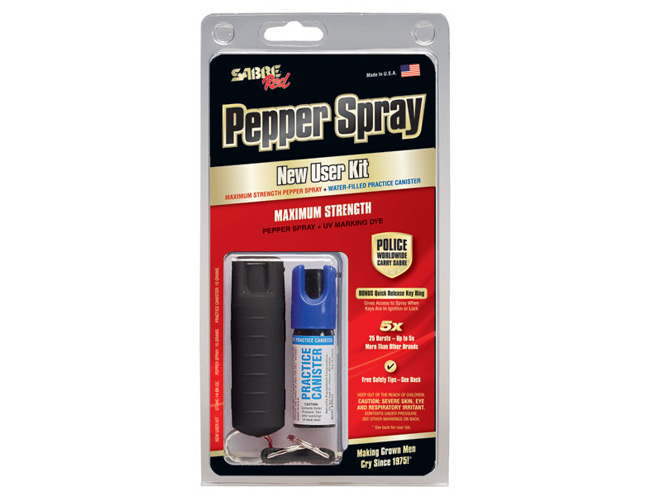 This year marks SABRE’s 40th year as a manufacturer of pepper spray. Although used extensively by law enforcement throughout the world, this year the company has introduced several new products aimed at female consumers. The first is the Pepper Spray & Drink Test Kit. The U.S. Department of Justice estimates that one in five women will be sexually assaulted during her time on a college campus. SABRE includes its most popular model of pepper spray along with a booklet of 10 drink test pads that can identify the presence of GHB and Ketamine, two of the most popular “date rape” drugs.

SABRE’s Mother & Daughter Combo Pack is simply a double pack of the same pepper spray canister, aimed at bringing awareness through dissemination. SABRE also recognizes that some consumers want to have the functionality of effective pepper spray while also carrying a fashion accessory. The new Designer Label Key Ring was created to meet the demand for a modern personal safety tool. Finally, from a practical angle, SABRE recognized that practice and education are important steps in self-protection. The New User Kit provides both an inert dispenser and an identically shaped OC spray dispenser in one package. This allows the purchaser to familiarize, practice, and become proficient with their product, before they carry it for self-protection.

How Pressure Points Can Even the Odds for Self Defense

Why You Should Consider a Tactical Pen for Self Defense