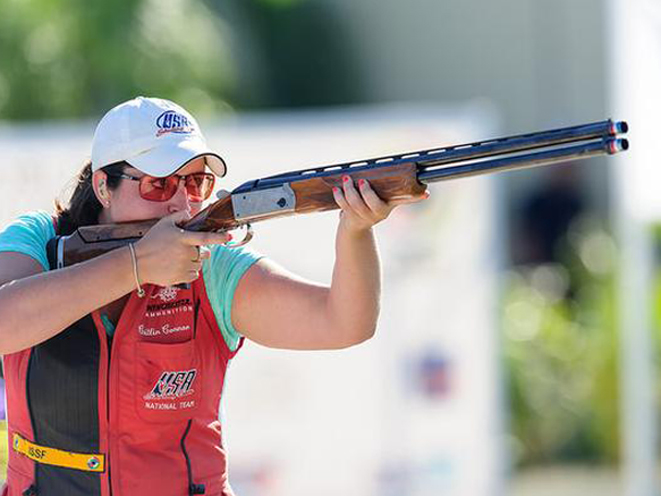 The traveling roadshow that started in February for America’s best shotgun athletes rolls on to Larnaca, Cyprus, for the third International Shooting Sport Federation (ISSF) World Cup of the year beginning Sunday with Men’s and Women’s Skeet.

Within the last 70 days, the 15 athletes that have comprised USA Shooting’s World Cup travel roster will have gone through a pre-season training camp in Puerto Rico, three World Cup events and battled through the Spring Selection Match in Fort Benning, Georgia. All that adds up to roughly 54,000 airline miles, 43 days away from home, and a fight to maintain that mental edge.

“I think this year has been the most demanding in terms of competitions that I have ever had,” said Trap team member Jake Wallace (Castaic, California). “One of the most important parts of maintaining a high level of mental toughness is the ability to rest and take advantage of off time. That hasn’t really been possible since February, nor is it looking too good in the months to come. You go into survival mode, which isn’t the ideal way to go into tough competition. It’s a challenge, but the payoff is huge when you get through it.”

The grind is for two purposes in 2015: earning country quotas to ensure Olympic participation as a team; and/or individually earning Olympic points needed for automatic Olympic selection based on performance. There remain just three more competitions with four more quotas still hanging out there. A quota spot is essentially the entry ticket necessary for a country to compete in Olympic competition in a particular discipline. USA Shooting athletes winning Olympic quotas will still have to earn the right to compete separately. Thus far, the U.S. has earned one quota in Women’s Trap, one in Men’s Skeet, as well as the maximum of two per event in Men’s Double Trap and Women’s Skeet. The U.S. has yet to earn a quota in Men’s Trap. Click for more info on Athlete Selection Procedures for the 2016 Olympic Games.

The Team got off to a strong start in 2015, winning gold in four of the five events at the first ISSF World Cup of the season in Acapulco, Mexico, as well as a silver and a bronze medal also earned at that event. Though the U.S. won no medals at the second World Cup in Al Ain, United Arab Emirates, the team still posted a strong performance with eight top-11 finishes, including seven top-8s with three athletes qualifying for Finals and three others losing in a shoot-off for a medal opportunity.

Caitlin Connor (Winnfield, Louisiana), Vincent Hancock (Eatonton, Georgia) and Derek Haldeman (USAMU/Sunbury, Ohio) have shown the most consistency to date internationally. Connor was runner-up to teammate Kim Rhode (El Monte, California) in Acapulco and then followed that up with a fifth-place finish in Al Ain. Hancock topped the podium in Acapulco and then finished fourth in Al Ain. He also went on to win the recent Spring Selection Match as well. Haldeman lost a thriller of a shoot-out to teammate Jeff Holguin (USAMU/Yorba Linda, California) in Acapulco for a chance at a gold medal, but would still pick up the first World Cup medal of his career with bronze and then followed that up with a fourth place in Al Ain. 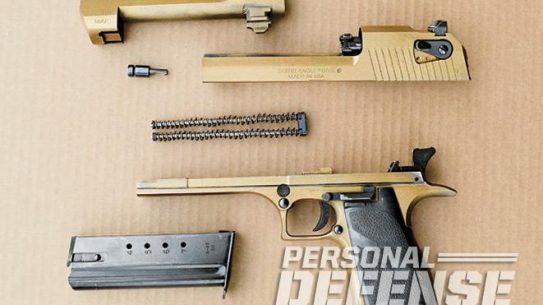 Disassembly of the Desert Eagle is easy and can be accomplished without any special...