Wilson Combat Gives the Colt 1991A1 a Makeover

Wilson Combat took a used and abused Colt 1991A1 and turned it into this Flat Dark Earth powerhouse with custom-grade enhancements, including match-grade parts.

The quickest way to start an argument around shooters today is to say, “Shop X builds the best pistol, rifle or shotgun.” It seems every custom (and production) company has their dedicated following ready to jump to their defense.

The needs of competitors and the steadily increasing number of concealed carriers are a burgeoning market for many firearm companies, including custom gunsmiths. Reputable gunsmiths turn out fine work that’s well worth the admiration of their fans. Many firearms— take the 1911 platform for example—have risen to, perhaps, their performance and quality zenith through the efforts of folks trying to assuage the demands of those admiring fans. 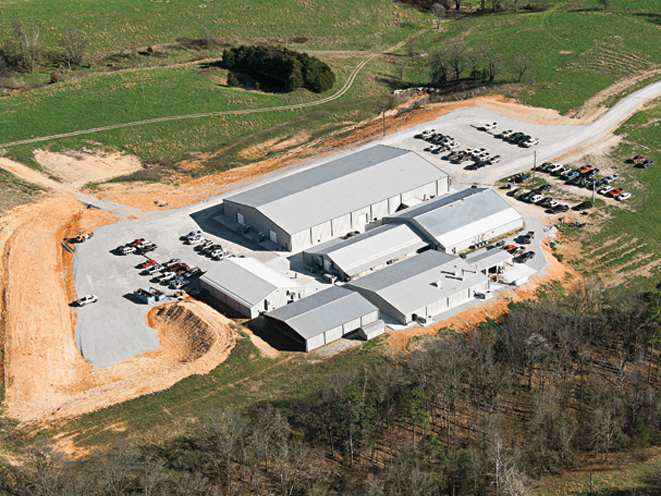 Wilson Combat is one of those companies with a large fan base. This is undoubtedly because it produces great 1911s, AR rifles and shotguns—as well as custom-grade Beretta upgrades—all with a particular flair and attention to detail. Like so many of the pistolsmiths who have been around for a while, during the early years, Bill Wilson spent many hours at his workbench improving and enhancing 1911s bearing the “rampant pony” emblem. This was a time when Colt pistols and war surplus 1911s were all there was to be had. Building custom pistols back then was a bit more involved considering the scarcity/absence of aftermarket parts. As a result, most were built by the gunsmith. But as other 1911 manufacturers appeared on the scene, Bill Wilson, and eventually his crew of talented gunsmiths, began working on pistols from other builders.

Today, like many custom gunsmiths, Wilson Combat’s 1911 mainstays are pistols built from scratch using the company’s frames, slides and parts. However, just because Wilson Combat usually builds its own pistols doesn’t mean the company has forgotten its roots and can’t work on pistols from other manufacturers, which is something that arises from time to time given the number of Wilson Combat fans in the world.

My friend Joe Correa collects and restores old muscle cars, and he buys Wilson Combat firearms when he has the money. He has acquired several of Wilson Combat’s 1911s as well as an AR or two. Correa has a unique bond with Wilson Combat—he can discern, eyes closed, when the pistol he’s holding is a Wilson and when it is not, a feat he’s proven flawlessly several times.

Correa recently saved enough to ship his first 1911, a Colt 1991A1, to Wilson Combat to see if the company could make it feel like their pistols, and give new life to an old friend. He specified what he wanted done based off his decade-old Wilson pistols and the company’s website. He ran the list by me, and I agreed he had made some good choices, but I made a few suggestions to bring the pistol into the 2015 world of Wilson Combat. Eventually, the modifications for his dream pistol were finalized.

The blued Colt 1991A1 had quite a bit of well-earned holster wear and had run about 20,000 full-power rounds through its carbon steel barrel. Its hammer, thumb safety, magazine release, slide stop and grip safety would all be at home on a GI 1911. The trigger was really crunchy with a pull of 6.5 to 7 pounds, and it never really improved, even after trying a number of aftermarket triggers. For some reason, none were ever really satisfactory or stayed reliable. This pistol was essentially stock, except for the monogramed wooden grips and a set of XS sights riding the 1991A1’s slide Correa wanted returned to the customized slide.

RELATED: Colt Ups The Ante With Its Rail Gun Series In 2015 | VIDEO

Correa’s Colt 1991A1 .45 ACP (ignoring the disastrous forays into aftermarket triggers) had always been reliable and capable of decent accuracy, but wear and tear had taken its toll. However, the Colt 1991A1 pistol deserved refurbishing to bring it back to its glory days—and to the quality level necessary for optimum concealed carry.

The list of what Correa requested was fairly long, entailing quite a few custom improvements. He wanted X-Tac grooves or 30-lines-per-inch (lpi) checkering on the Colt’s frontstrap, but because of potential variations in a frame not produced by Wilson Combat, the company’s gunsmiths passed on those options and offered stippling. Here are some highlights of Wilson Combat’s Colt rebuilding.

Nothing but Bullet-Proof parts replaced all the originals, and I mean all. The complete pistol received Wilson’s “extra dehorning for carry.” The slide and frame were given an Flat Dark Earth Armor-Tuff finish; external parts were coated black except for the FDE-coated high-ride beavertail grip safety and magazine well.

The match-grade stainless steel barrel—with fluted chamber, of course—was meticulously fitted with a stainless steel bushing and given a flush muzzle cut and a reverse crown. The reverse crown protects the muzzle and can improve accuracy. The edges of the barrel bushing were included in the dehorning. The slide received a lowered ejection port and carry cuts were added to the slide’s muzzle, giving the pistol a Browning Hi-Power look. Carry cuts aid in press checking, reholstering and I have found they also improve comfort during inside-the-waistband (IWB) carry. And they look really nice!

One of my favorite frame modifications performed on the Colt is the counter-sunk slide stop, which prevents accidentally knocking the stop out of place. This modification also provides an unobstructed path for a laser beam if Crimson Trace LaserGrips are in use. Adding a round-butt treatment to the frame eliminates that pesky grip point that jabs into covering garments, improving concealment, and it actually feels better when shooting.

A fully machined One-Piece Bullet-Proof Magwell, with an integral, checkered, flat mainspring housing, provides can’t-miss reloads, while concealment-friendly ambidextrous thumb safeties provide for operation with either hand. A set of G10 Starburst grips, cut for the rounded-butt configuration and stippling on the frontstrap, combined with the checkered mainspring housing to create a grip that grips you back! The stippling is so effective and durable I have added it to several of my pistols.

My recitation of the great work on this Colt doesn’t do justice to the expertise and attention to detail Wilson Combat put into the project. Take a look at the photos and see just how nice the changes were executed. (The high-ride beavertail was hand fitted!) The FDE coating on the slide and frame looks great, and the black highlights create a stellar contrast. If someone wants more or different modifications than the Colt 1991A1 received, don’t worry, Wilson Combat has plenty more of tricks up its sleeves.

Shooting this pistol was just like shooting every Wilson Combat 1911 I have tested—excellent! The sights were perfectly reinstalled after coating. The new deluxe Commander-style hammer, backed by a new sear, disconnector and Ultralight trigger with standard pad, dropped with a very crisp 4.25 pounds of pressure. It seemed I could not miss! Even 50-yard steel rang when the 1991A1 told it to. (Credit the pistol, not me.)

I felt it appropriate to use ammunition from Wilson Combat. These excellent loads, a meticulous combination of just the right powder to propel some of the best bullets found, deliver the best defensive performance possible. It is also quality checked as if someone’s life depended on it.

Each Wilson Combat +P defensive load from 230 to 185 grains proved capable of superb accuracy at 25 yards, with groups hovering around 1.2 inches. Reliability was perfect with the 230- and 200-grain loads and the Wilson Combat magazine included in the package and a number of others. It took in loaded rounds and spit out empty cases. However, the 1991A1 unpredictably failed to feed Wilson Combat’s 185 +P TAC-XP load. I was unable to diagnose the source of the problem, but it seemed to be declining in frequency by the end of my testing. Pistols occasionally require extra rounds to settle everything in.

The pistol’s control, even with heavier bullets, was excellent. I credit that to the G10 Starburst grips, the stippled frontstrap and the checkered mainspring housing. A few speed reloads proved the value of the Bullet-Proof Magwell. With such a gaping mouth, magazines flew right in. Of course, everything else looked classy and worked perfectly.

Were the changes made to the Colt 1991A1 by Wilson Combat necessary to produce a good carry pistol? Actually, only the trigger job was a necessity. However, Wilson Combat’s upgrades certainly made the 1991A1 a better (and better looking) carry pistol in my humble opinion. It also has better accuracy, a superb trigger and durable Bullet-Proof parts everywhere.

How a carrier decides which handgun to carry is usually determined by several factors—if they are confident the handgun will function, if they believe the cartridge will be effective (as effective as any handgun cartridge can be), and, for many 1911 aficionados at least, its appearance. Wilson’s rebuild of this Colt 1991A1 met all the criteria for my friend, and I felt it was an excellent custom pistol. But what about Joe Correa? Colt 1991A1 in hand after I completed my work, he called to say it has a “feel” much closer to a pure Wilson Combat pistol, and while you are reading this, my friend is going about his daily business, happily wearing his Wilsonized 1991A1 with a big smile on his face!