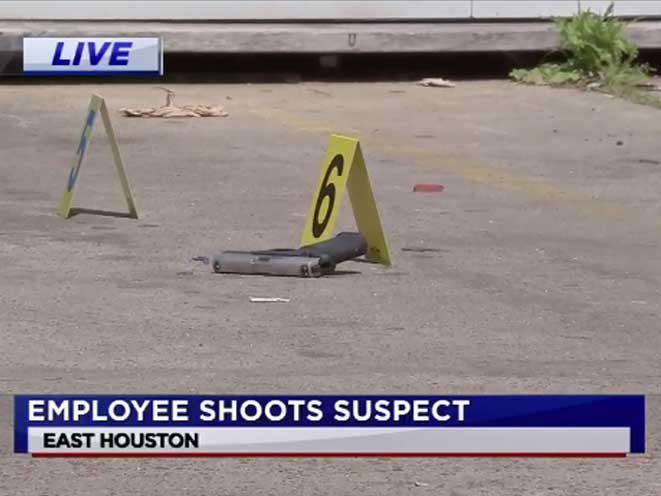 An attempted armed robbery at a check-cashing store in Houston ended in the shooting death of the suspect yesterday morning.

According to KTRK Houston, police said a store employee was about to enter Ruiz Cash & Carry located in the 1700 block of Sgt. Macario Garcia at 8:30 this morning when a man suddenly approached from behind pointing a gun at him. He demanded the bag that the employee was carrying, thinking — falsely — that there was money inside.

Fortunately, the store employee had a concealed carry license and was able to draw his own gun and fire four rounds at the suspect, hitting him at least twice in the chest area.

“From what I gather is that when the employee went to open the door, the gun was already put at the back of his head, and so, I don’t know what words were exchanged, but at this point the investigation is still ongoing, they’re still talking to him (the store employee) and he turned around and saw the suspect had a gun,” a police officer at the scene told KTRK Houston.

The suspect was transported to an area hospital where he died from his injuries. The store employee was uninjured.

As KTRK Houston reports, a second suspect may have been in a vehicle parked across the street from where the incident occurred, though though this hasn’t been confirmed. 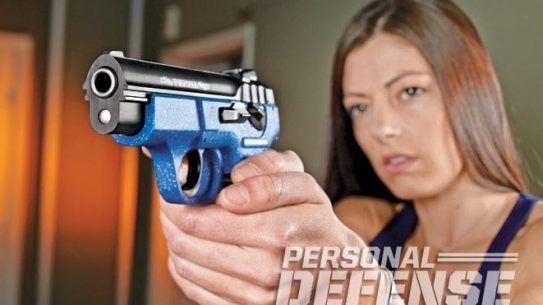