by Jason Hanson
in Guns
0

I use a handgun for home defense. Why? Because a handgun is small enough to sit on top of my nightstand in a rapid-access safe. I have kids and don’t want to worry about having to lock up a long gun. It’s also easy to clear a home using a handgun because I don’t have to worry about knocking the gun into walls or an intruder grabbing the barrel of my gun when I turn a corner. The downside of a handgun is that it carries fewer rounds than a rifle. Also, it’s a heck of a lot easier to shoot (and be accurate) with a rifle, but I’m not too concerned about this since home defense typically doesn’t involve taking 25-, 50- or 100-yard shots. 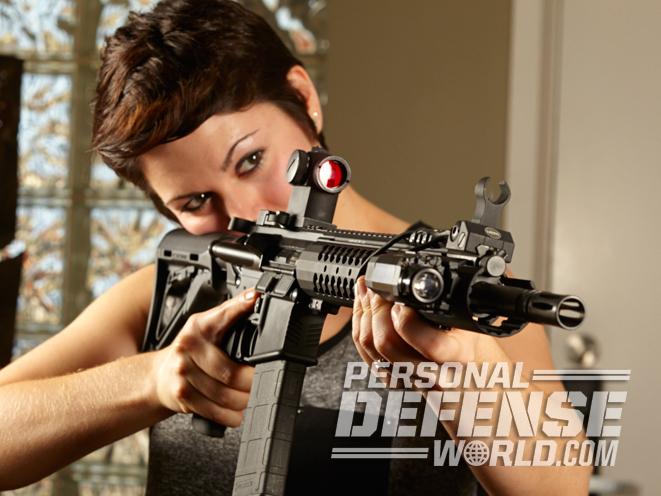 The pros of a rifle such as an AR-15 are mentioned above, including more magazine capacity and improved accuracy. I know many people are using ARs for home defense these days, and I think it’s a good choice for a lot of folks. If you do use an AR for your home, just remember to practice clearing your home so you’ll see if there are any tight corners where you might knock the gun into something. Also, don’t forget to have a quality flashlight affixed to your gun. I happen to use a Viking Tactics flashlight mount with a SureFire light. 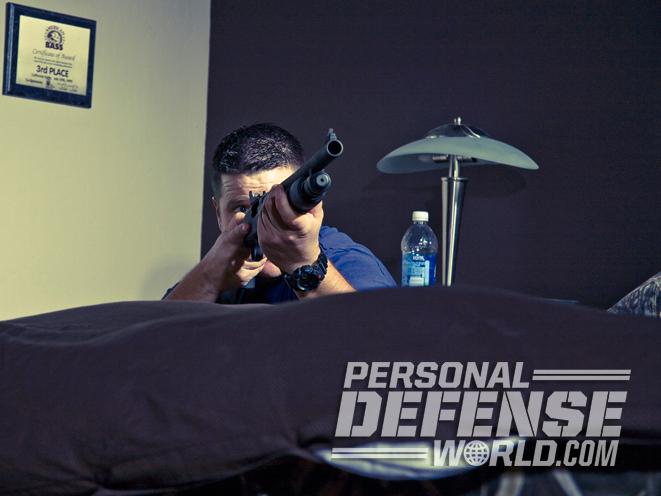 I imagine a shotgun is what many people first consider when they think about getting a gun for home defense. One of the pros of a shotgun is that it’s simple to operate. Another pro is that if you use 00 buckshot, it’s devastating from close distances and you’ve got the spread of several lead balls flying at the intruder, making it easier to hit your target (in theory). The cons of a shotgun are that it has limited ammunition capacity. Even if you get an extended magazine tube, you’ve probably got eight shells at most. Another con is that far too many people are led to believe that “racking” the shotgun is all they need to do to ward off an intruder when they should be prepared to use the gun to protect themselves.