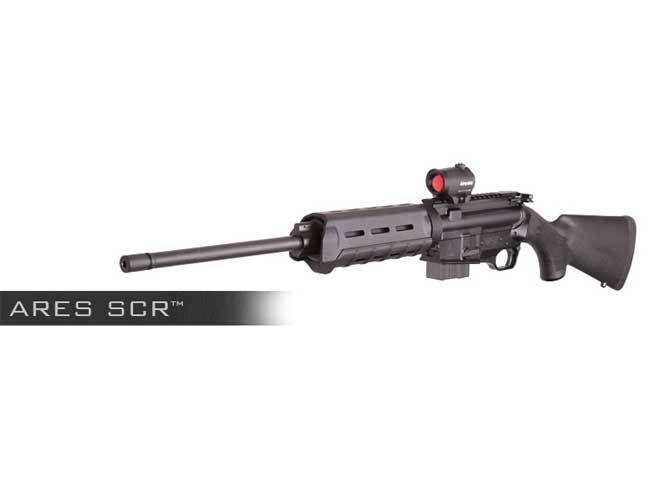 The following is a press release from ARES Defense Systems

ARES Defense Systems, the country’s leading manufacturer of innovative, mission-configurable firearms, parts and accessories announces that the NYPD Firearms License Division has completed their review of the ARES SCR rifle and have determined that it is not a military firearm (assault weapon) as defined by NYC law, and is accordingly authorized for registration, to own and possess by qualified residents of New York City.

For those unfamiliar with the situation as it developed in the past few months; the ARES SCR (Sport Configurable Rifle) is a sporting rifle that does not exhibit any banned features as defined in the New York SAFE Act and is therefore considered legal to own and possess in the state of New York. New York City however has additional criteria by which they test firearm classification and the discretion to determine what is an “Assault Weapon” under NYC guidelines. At first blush, some members of the License Division interpreted the ARES SCR to potentially be a copy of an AR15 type rifle (which is banned in the state), and therefore instituted a temporary prohibition on registering ARES SCR rifles in New York City until they could fairly review the matter and make a final determination as to the ARES SCR™ classification in NYC. When they completed their review yesterday, they ruled in favor of allowing registration of the ARES SCR™ by qualified residents of New York City.

“Today’s positive news is a significant turn of events, brought about by the diligent efforts of members of the NYPD who worked tirelessly for a fair outcome in a challenging environment.” said Geoffrey Herring, President of ARES Defense and designer of the ARES SCR™ rifle. He continued, “I was personally consulted by members of the License Division during their investigation and the professionalism displayed by the NYPD detectives as well as others at NYPD who were involved with this positive decision is second to none. I am very pleased with the outcome and I expect that gun owning residents of New York City will be too. The professionals at NYPD demonstrated that the process works when given a chance. I personally feel a deep sense of gratitude for their tireless efforts and fairness in this matter and would like to thank them for their determination.”

The innovative and patented ARES SCRä (Sport Configurable Rifle) is the first of its class of firearms that is not only legal almost anywhere in America, but is the first rifle to successfully combine the traditional lines of a hunting pattern rifle with the modularity of an AR-15 rifle.

The ARES SCR™ blends strength, reliability, accuracy and rugged all-weather characteristics of America’s longest serving infantry rifle with the classic lines of an American sporter. Lightweight, accurate and featuring a MIL-STD 1913 flat top upper receiver that accepts most modern optics, the ARES SCR™ is designed to perform under the most demanding field, competitive shooting or tactical conditions. The multi-caliber, modular design permits the operator to instantly change calibers in the field by simply pressing two pins and exchanging one upper receiver assembly for another.

Designed for optimal configuration, the ARES SCR™ accepts most Modern Sporting Rifle accessories and parts including magazines, upper receivers, barrels, bolts, handguards and optics, so it can be easily and effectively reconfigured for each individual shooters’ style and activity. Supported by a full line of performance accessories and manufactured of the highest quality aircraft grade alloys by American craftsmen, the weatherproof and dependable ARES SCR™ will provide a lifetime of accurate shooting pleasure for all Americans.

For more information about the ARES SCR rifle, visit http://www.aresdefense.com 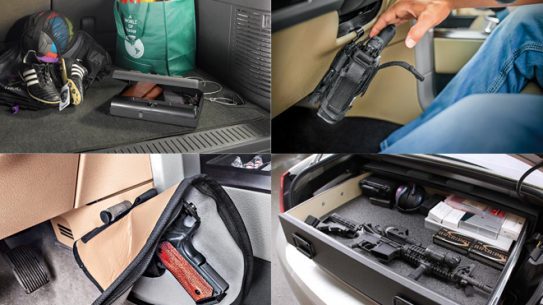 With all of the new gun safes and holster mounts on the market these...