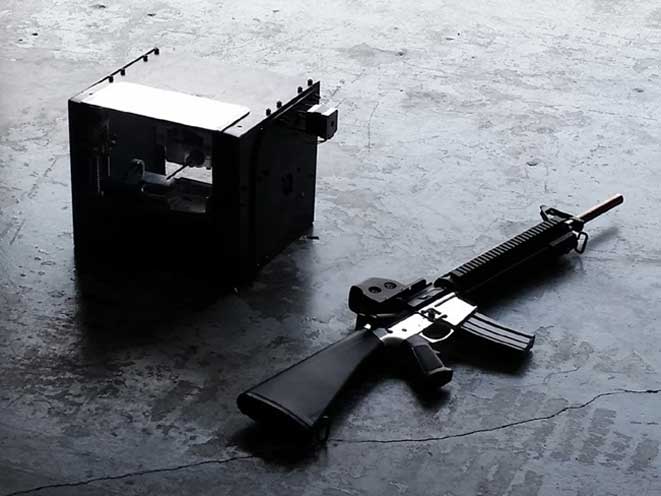 According to the press release, SAF and Defense Distributed want to publish 3D-printing information free of charge to the general public, but the defendants are preventing them from doing so, thereby violating the First Amendment right to free speech, the Second Amendment right to bear arms, and the Fifth Amendment right to due process, the lawsuit states.

“Americans have always been free to exchange information about firearms and manufacture their own arms,” said SAF founder and Executive Vice President Alan M. Gottlieb. “We also have an expectation that any speech regulations be spelled out clearly, and that individuals be provided basic procedural protections if their government claims a power to silence them.”

RELATED STORY: This Is The World’s First Entirely 3D-Printed Gun

The defendants, the press release alleges, are illegally applying International Traffic in Arms Regulations (ITAR) to prevent Defense Distributed from exercising free speech on the internet and other forums. ITAR “requires advance government authorization to export technical data,” the lawsuit says. Penalties for violations can result in 20 years in prison and fines of up to $1 million per violation.

Defense Distributed published technical information on the internet about 3D-printed guns, but removed all data from its servers after receiving a warning that it “may have released ITAR-controlled technical data without the required prior authorization from the Directorate of Defense Trade Controls (DDTC), a violation of the ITAR.”

As the press release notes, in June 2013 Defense Distributed submitted published files to the DDTC related to a machine called the Ghost Gunner. In April, DDTC said the Ghost Gunner doesn’t fall under ITAR, but that software and files fall under State Department jurisdiction.

“Defense Distributed appears to be caught in what seems to be a bureaucratic game of merry-go-round,” Gottlieb said. “The right to keep and bear arms includes the ability to acquire or create arms. The government is engaging in behavior that denies the company due process under the Fifth Amendment. We’re compelled to file this action because the bureaucracy is evidently playing games and it’s time for these agencies to behave.”

Watch a video about the Ghost Gunner below. 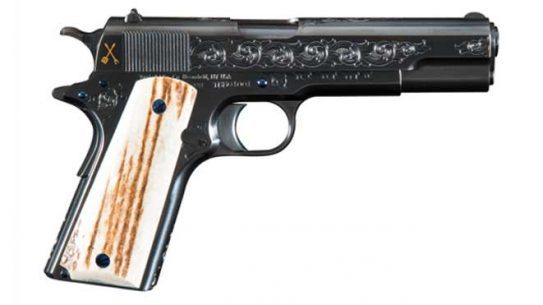 Turnbull's BBQ Series pistols are based on the classic 1911 design and feature Turnbull's...