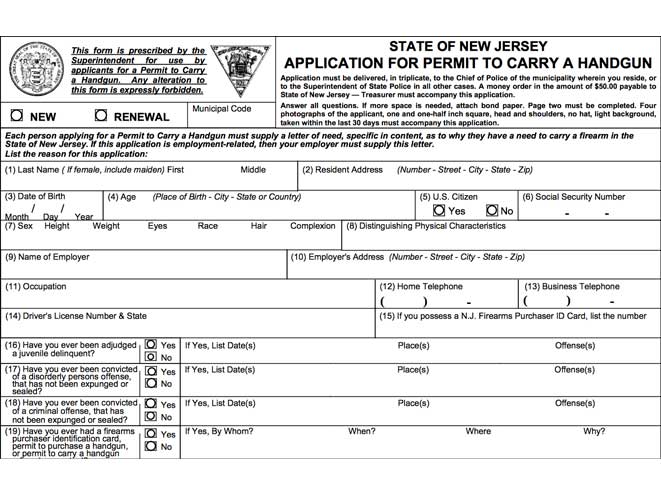 The tragic murder of a New Jersey woman has prompted state lawmakers to introduce legislation that would speed up the firearms permit application process for residents protected by restraining orders.

As NJ.com reports, 39-year-old Carol Bowne of Berlin Township was fatally stabbed outside her home by an ex-boyfriend, Michael Eitel, 45, late Wednesday night last week. She had filed a restraining order against him after he showed up at her work and smashed her car windows.

Bowne had also applied for a firearms permit on April 21 and, according to Guns.com, had checked on the status of her application just two days before her death. She also installed a home security system and told friends and neighbors about her situation.

Berlin Township Police Chief Leonard Check said Friday that the application process typically takes between two to three months to complete. However, Scott Bach, the executive director of the Association of New Jersey Rifle and Pistol Clubs, said state police are required by state criminal code to grant or deny an application within 30 days.

Consequently, Senate Republicans Dawn Addiego, Diane Allen and Jennifer Beck have said they will introduce a bill requiring permitting authorities to prioritize gun applications for those with restraining orders.

“The tragic murder of Carol Bowne shows that there are sensible changes we should make to public safety laws to help people protect themselves,” Addiego (R-Burlington, Camden, Atlantic) said in a press release on Friday. “This legislation will make sure that those who need protection the most are given priority when it comes to the lengthy process of applying for a firearms permit.”

“Residents protected by a court-ordered restraining order have proven to a judge that they are in danger and in need of protection,” said Allen (R-Burlington). “We hope this legislation will speed up the approval process for survivors of domestic violence who want to purchase a firearm to protect themselves or their children.”

“It’s important there be a complete and thorough review process for firearms applications but it’s also important the process be as timely as possible — starting with those who feel that they or their family are in danger of being re-victimized,” said Beck (R-Monmouth). “This legislation is a sensible means to help provide some level of comfort and security to those living in fear.”

After being on the run from authorities for a few days, the Courier-Post reports that Eitel committed suicide on Saturday afternoon. The Camden County Prosecutor’s Office said the fugitive hanged himself in the garage of a home less than two miles from where Bowne was killed. 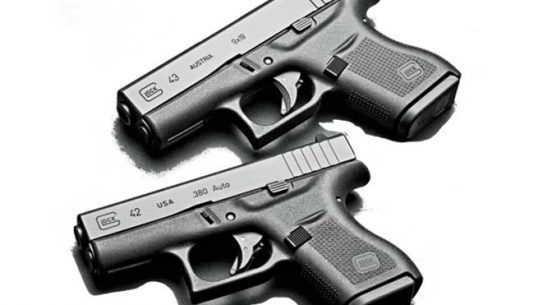 How the Glock 42 Pistol Stacks Up For Personal Defense

The Glock 42 is truly a compact pistol with concealment as its calling card.