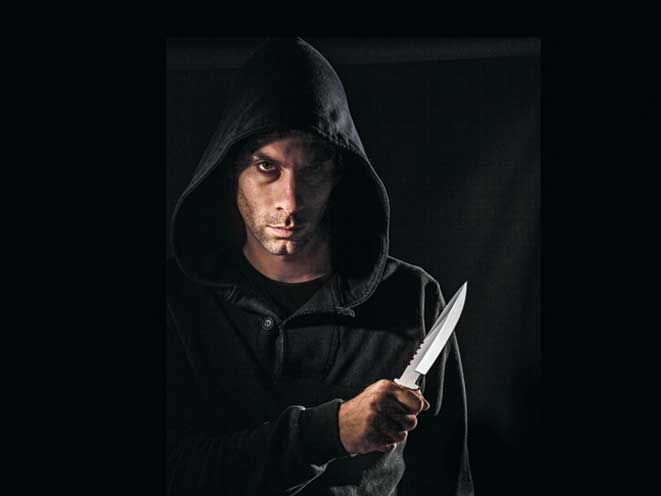 The 28-year-old man from Dover, Wisconsin, wanted to kill someone. According to a court document, the man said he selected a nearby house because “it did not look like it was occupied by many people.” It turns out that a woman and her boyfriend were asleep inside the home he chose.

The man trudged across snow to reach the targeted house, and then entered through a window. Later, he told a Racine County Sheriff’s detective that he stood over the couple for about 40 minutes with a large tactical knife in hand. He explained that people in his family were psychopaths and one person had committed murder.

According to the court document, “He stated he entered the house to find out if he was a killer too.” The report also stated, “He indicated if he would have killed the first person, ‘I’d have to kill the second one and run out.’”

The boyfriend, who served in the Marine Corps according to media reports, awoke and saw the burglar. According to the court document, he jumped up and yelled, “Who are you?”

The burglar swung his blade and slashed the man’s neck from his ear practically to his Adam’s apple. Awakened by the attack, the man’s girlfriend reached for a handgun. Unable to take a shot because her boyfriend was in the way, she handed the gun to him.

Upon seeing the gun, the burglar dropped his knife and gloves and fled. The boyfriend fired a round at his attacker, but the man jumped out the window and headed back to his house, leaving a trail of footprints behind.

The couple called the police, who followed the tracks to the suspect’s house. Upon their arrival at his house, the suspect let them in and confessed to the crime. He also showed them an entry he made in his journal before they arrived.

“I failed,” the man wrote. “Both are alive…I’ll shave my beard and stay inside for as long as I can.”

He was jailed on suspicion of battery, armed burglary and two counts of attempted homicide. The boyfriend recovered from his wound. The couple told the Racine Journal-Times that they had a guardian angel. They also praised deputies and were glad they had a gun.

“It was fight or die,” the boyfriend said. 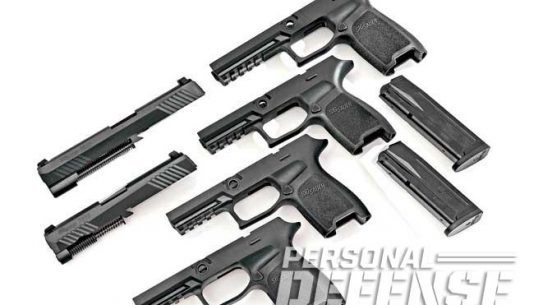 ‘Have It Your Way’ with Sig Sauer’s Modular P320 Series