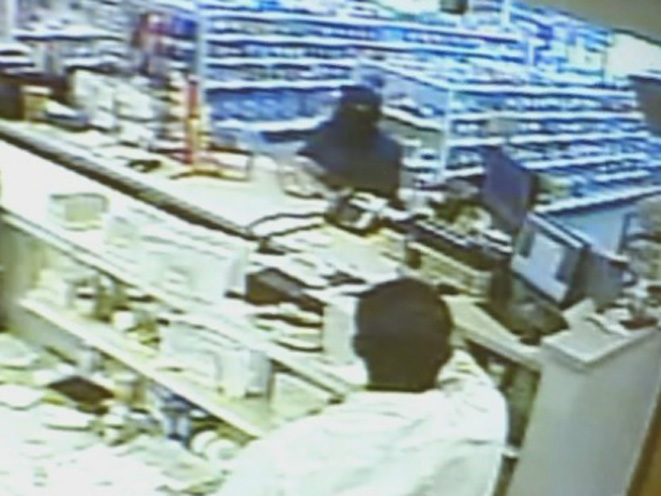 A would-be robber used a fake gun while attempting to rob a Pharmacy in Kansas City. Unfortunately for her, the pharmacist behind the counter pulled a real gun, and he was prepared to use it.

According to KCTV5, a masked woman walked into Spalitto’s Pharmacy around noon on Tuesday morning. She showed a gun and began demanding that a clerk working there give her the store’s supply of Oxycontin pills.

Luckily, Pete Spalitto was also working that day. Once he saw what was happening, he headed towards the counter where he keeps his .45-caliber gun hidden.

Upon realizing the Spalitto was armed, the woman fled the scene, getting into a maroon-colored SUV with temporary tags.

While running away, the suspect dropped a bag that contained a toy gun, the same one she showed when she first walked into the pharmacy.

Spalitto told KCTV5 that, in addition to the gun he keeps behind the counter, he also has a second gun in his lab coat pocket. Due to the nature of his business, he said, he needs to be armed in order to protect his store, his employees and his customers.

“It doesn’t take a rocket scientist to figure out if you’re selling drugs in this day and age you should have a gun on you,” he said.

Nobody was injured during the incident.