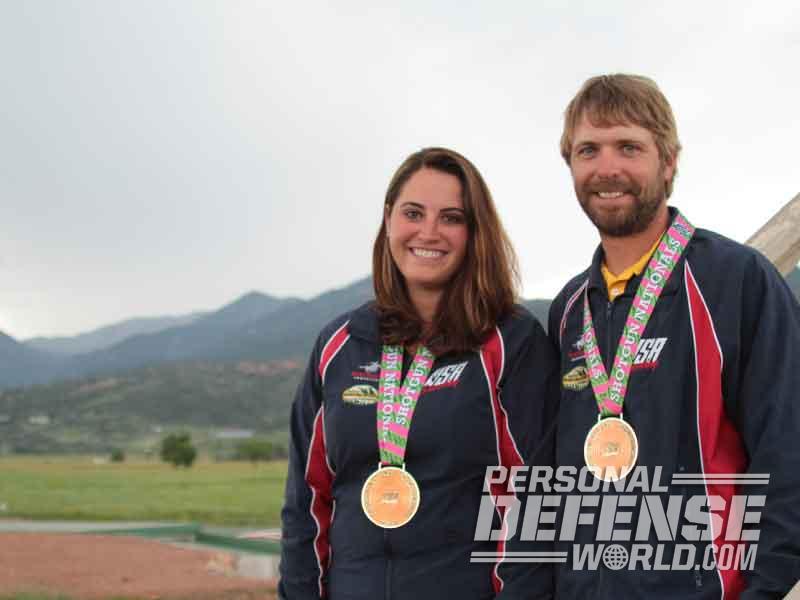 Winning championships is a difficult task, something Frank Thompson and Caitlin Connor knew all too well with both top shots having never won a national title in 19 tries, according to The Shooting Wire. That quest ended today when these two friends, bonded by their past Olympic Training Center residency, put an end to the drought and walked away as Skeet National Champions to conclude the USA Shooting National Championships for Shotgun.

Thompson (Alliance, Nebraska) dominated the men’s field from day one, hitting a near-perfect score of 249 out of the possible 250 total Qualification targets during the four days of competition. He missed just seven targets total over the 320 shots he took when adding his finals participation. After attending the National Championships 11 times and finishing as the runner-up on three separate occasions, the 2012 Olympian Thompson finally found himself atop the podium with a four-point advantage over two-time Olympic gold medalist Vincent Hancock (Eatonton, Georgia). Only slightly behind was the U.S. Army Marksmanship Unit’s (USAMU) Dustan Taylor (Stanley, North Carolina), who automatically earns National Team honors for his showing. Last year’s national champion Dustin Perry (Lovelady, Texas), still suffering from his bout with pneumonia in the thin Colorado mountain air, managed a fifth-place finish.

“I’ve always wanted a national championship and I finally got it, so I’m pretty excited,” Thompson said. It’s a biggest confidence booster, getting the monkey off my back. Winning this event means a lot, because I know how hard the competition works and how hard they train, and the years it takes to finally make it happen.”

Four previous times before today, Connor had earned a spot on the Nationals podium, twice as a silver medalist and twice as a bronze medalist. Tuesday, to finally be able to climb to the top of it, really meant the world to the Louisiana native. Connor held an early lead at the Championships, starting off day one at a 74/75, and ending the week hitting all 50 targets on day four. Connor’s performance backs up what we saw earlier this year on the World Cup circuit where she finished inside the top-10 three different times while earning a silver medal in Acapulco, Mexico. She would finish one point ahead of Amber English (Colorado Springs, Colorado) while Junior World Champion Dania Vizzi (Odessa, Florida) capped off a spectacular performance with a bronze medal after winning the Junior National title by 20 points earlier in the day. Vizzi won both junior finals, and one of the open finals as her stock continues to rise in the skeet ranks.

“It’s really exciting to finally win a national championship,” Connor said. “I shot a personal best this week and I’m super happy that I stayed consistent throughout the entire tournament. All of us girls shot so well and the competition between us was tough every day. This gives me confidence going to my next World Cup match in Azerbaijan. I would like to thank God for giving me the opportunity to do what I love.”

Five-time Olympic medalist Kim Rhode (El Monte, California) discovered a faulty trigger after a disappointing day Wednesday, which likely lead to an uncharacteristic five straight imperfect rounds. With that fixed, she went out and shot 49/50 and then shot a perfect 32/32 in both the semifinals and final rounds to win today’s final. That would be good enough to move her into sixth overall. Last year’s National Champion Morgan Craft (Muncy Valley, Pennsylvania) was fourth with reigning World Champion Brandy Drozd (Bryan, Texas) in fifth.

2015 National Junior Skeet Champions Phillip Jungman and Dania VizziIn Junior Men’s Skeet, the competition included several athletes who will be attending the International Shooting Sport (ISSF) Junior World Cup in Suhl, Germany next week including champion Phillip Jungman (Caldwell, Texas) and silver medalist Christian Elliot (Greenwood, Indiana). The 2014 Junior World bronze medalist, Jungman was another in a long line of junior athletes that impressed through USA Shooting’s National Championship. He finished one-point out and in fourth position in the open men’s category, while dominating the junior event. Throughout the five shotgun disciplines, only Jungman repeats as a national champion. Following Jungman and Elliot in the bronze position was Luis “Taz” Gloria (Tucson, Arizona), who won the Open Men’s first final Tuesday.

Following behind Vizzi in the Junior Women’s Skeet competition was Katharina Jacob (Rochester, Michigan) who was appointed to USA Shooting’s National Junior team. Taking the bronze was Sydney Carson (North Liberty, Indiana), who will be joining Vizzi and the junior men in Suhl.

Junior results from these Nationals will be combined with results from July’s National Junior Olympic Championship, to determine the junior squad that will compete at the 2015 Shotgun World Championships in Lonato, Italy, this September. 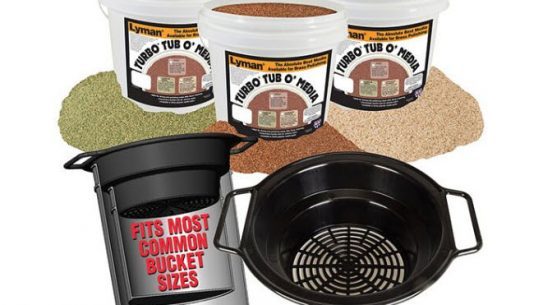 The all new case cleaning media from Lyman Products is available in 16- and...