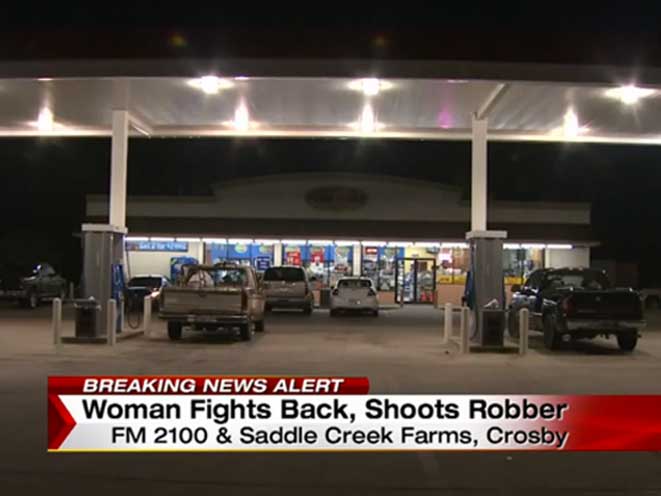 A woman in Crosby, Texas opened fire on a man attempting to rob her at a gas station last Friday night.

Deputies with the Harris County Sheriff’s Office said the unidentified would-be victim — who is in her mid-30s — pulled into an Exxon station located on FM 2100 and Saddle Creek Drive at around 6 p.m., the Houston Chronicle reports.

She was sitting in the driver’s seat when the suspect quickly approached and got into the passenger side of the car. He proceeded to pull out a knife and demanded she hand over her money and purse.

Unfortunately for the suspect, the would-be victim is a concealed carrier. She remained calm and told the suspect she would give him the money. She then reached over and pulled out a handgun.

“She shoots him one time in the left shoulder,” Deputy Thomas Gilliland said.

As the Houston Chronicle reports, the suspect managed to flee the scene, but collapsed about a quarter-mile away. He was transported to the Texas Medical Center. He is currently in stable condition and is facing a charge of aggravated robbery.

Click2Houston reports that the case will be sent to a grand jury to determine if the woman will be charged, though this doesn’t seem likely. 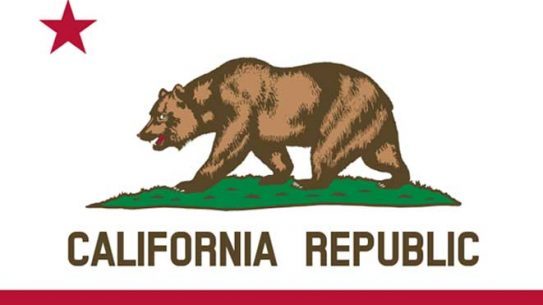 An NRA-backed challenge to San Francisco's controversial gun storage law has been denied by...