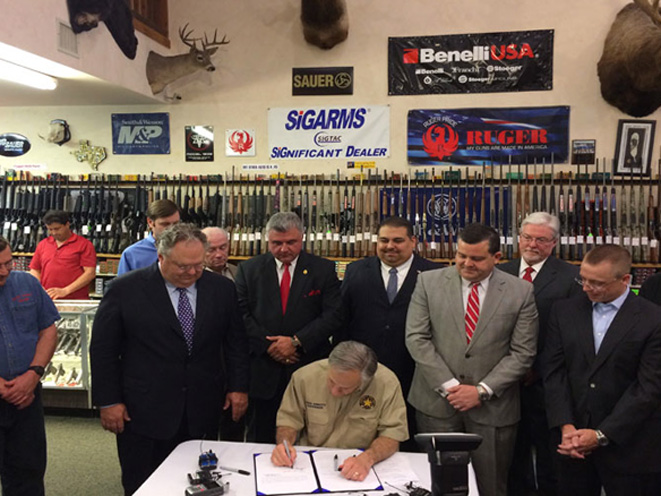 Sponsored by Rep. Larry Phillips (R-Sherman) and Sen. Craig Estes (R-Wichita Falls), HB 910 — the so-called “open carry” bill which passed the House by a 102-43 vote on May 29 — enables a licensed individual to carry a holstered handgun openly.

“Today I am proud to expand liberty in the Lone Star State,” Abbott said in a statement. “By signing these bills into law, Texans can be assured that their Second Amendment rights will be stronger and more secure than ever before.”

As KVUE reports, Abbott and his team descended on Red’s Indoor Range, an indoor gun store and shooting range in Pflugerville, for the signing. 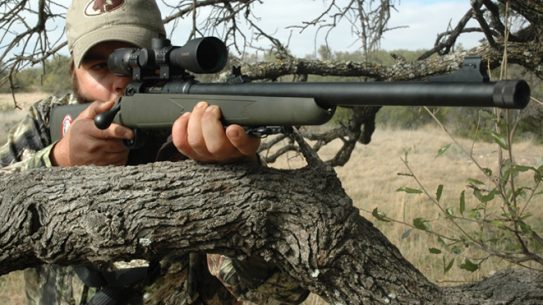