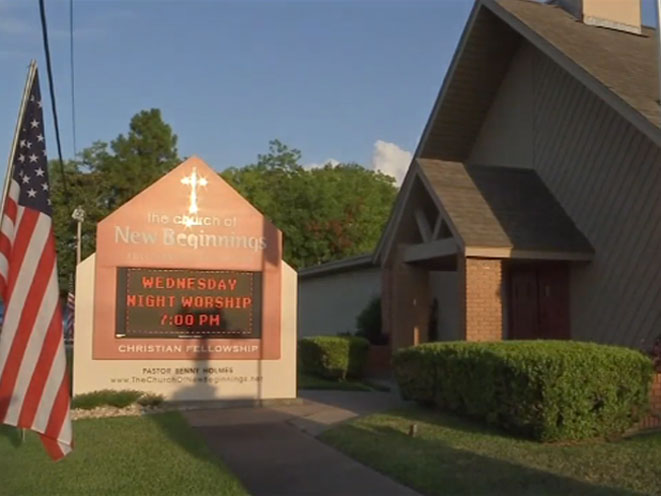 An armed pastor in Baytown, Texas opened fire on an intruder inside his church Tuesday morning.

ABC13 reports that a man broke into the Church of New Beginnings at around 6:15 a.m. Unfortunately for the would-be burglar, Pastor Benny Holmes happened to be sleeping inside at the time.

Holmes told police he woke up when he heard movement inside the church and grabbed his 9mm handgun. He went to investigate and came face-to-face with the intruder.

The pastor asked him to drop the box. Blue refused, and reportedly made a quick motion towards Holmes, prompting the pastor to open fire.

“Fearing for my life, I did what I had to do,” Holmes said, according to ABC13.

Holmes shot Blue once in the right shoulder. The suspect was transported to Memorial Hermann Hospital and is expected to survive. He has been charged with burglary.

Police said Holmes likely won’t be charged in the shooting.

As ABC13 notes, this isn’t the first time the pastor has taken down a criminal. In September 2014, he caught a 52-year-old woman stealing a package off his front porch, holding her at gunpoint until police arrived. The woman had been taking UPS packages from multiple homes in the area. 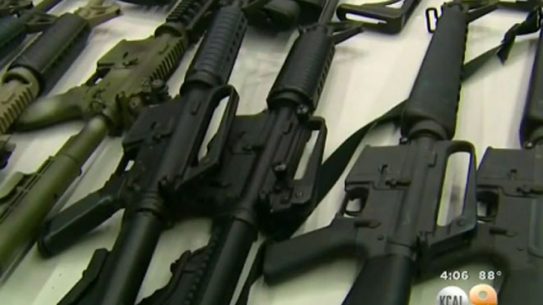 A measure banning the possession of gun magazines with more than 10 rounds has...