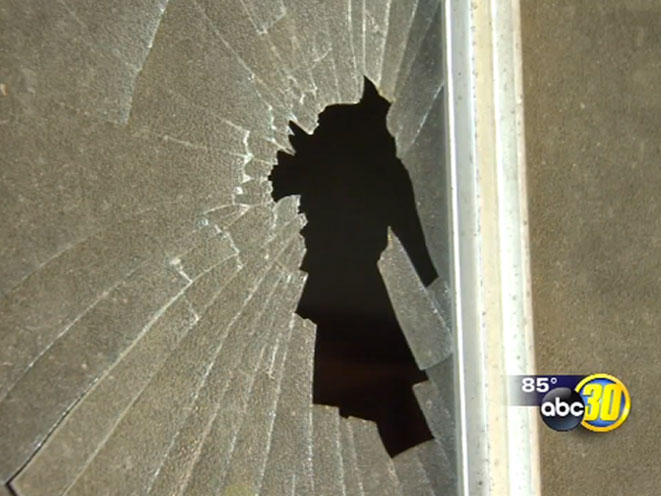 A 40-year-old woman and her 13-year-old accomplice were held at gunpoint until police arrived after they attempted to burglarize a home in Porterville, California Monday morning.

As the Visalia Times-Delta reports, Porterville police received a call at around 7:35 a.m. about a burglary in progress at a home on West Morton Avenue. While en route, they then received word that the homeowner had turned the tables on the two suspects.

Police arrived and arrested Xochitl Gonzalez and the male teenager, whose name has been withheld.

The homeowner, later identified as Randy Boone, told ABC30 he was asleep when he was awoken by the sound of glass breaking.

“I jumped up, and there’s a kid in my hallway and a woman,” Boone said.

According to the Times-Delta, the suspects were able to access the home through a detached garage on the property.

Once Boone saw the suspects in his hallway, he quickly grabbed a gun.

“They were trying to get up onto all fours and backing toward the door, so I had to tell them a couple times, ‘I will shoot you. Get down,'” said Boone. “I didn’t want to hurt anybody, but at the same time I didn’t want to be hurt.”

Gonzalez has been charged with burglary and child endangerment. Her accomplice is being held without bail. The nature of the relationship between the two hasn’t been disclosed.

There no reported injuries as a result of the burglary attempt. 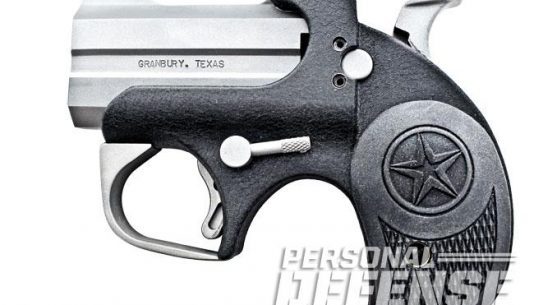 The Bond Arms Backup is just what the original two-shot derringer was designed to...