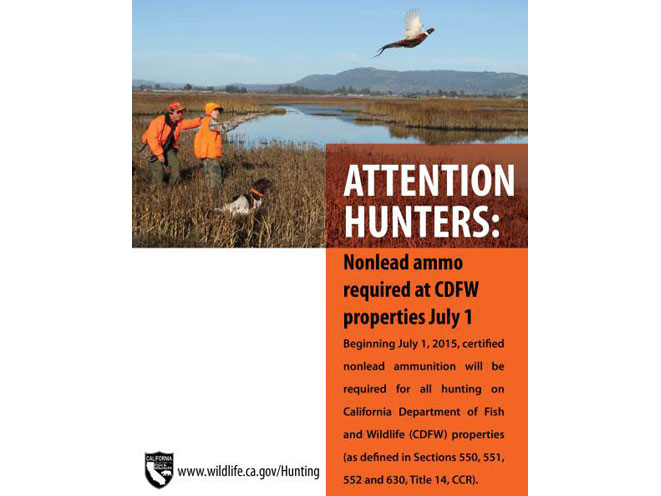 Photo by California Department of Fish and Wildlife
Comment(s)

Starting July 1, 2015, non-lead ammunition will be required when hunting on all California Department of Fish and Wildlife (CDFW) lands and for all Nelson bighorn sheep hunts anywhere in the state.

CDFW reminds hunters who plan to hunt bighorn sheep or at any CDFW wildlife area or ecological reserve where hunting is allowed on or after July 1, 2015 to acquire nonlead ammunition well ahead of their hunt. Hunters are also encouraged to practice shooting nonlead ammunition to make sure firearms are sighted-in properly and shoot accurately with nonlead ammunition. Nonlead ammunition for some firearm calibers may be in short supply so hunters should plan accordingly.

In October 2013, Assembly Bill 711 was signed into law requiring the phase-out of lead ammunition for hunting anywhere in the state by July 1, 2019. The bill also required an implementation plan designed to impose the least burden on California’s hunters while adhering to the intent of the law.

In order to determine what was least disruptive to hunters, CDFW coordinated question and answer sessions at sportsmen’s shows, held meetings with hunting organizations and hosted a series of eight public workshops throughout the state. CDFW then presented draft regulations, as modified by public input from these workshops, to the Fish and Game Commission.

Starting July 1, 2019, hunters must use nonlead ammunition when taking any animal anywhere in the state for any purpose.

Lead ammunition may still be used for target shooting. Existing restrictions on the use of lead ammunition in the California condor range remain in effect while implementation proceeds.

Hunting is not allowed at all CDFW wildlife areas and ecological reserves. For those areas where hunting is allowed, nonlead ammunition will be required starting July 1, 2015. Hunters are reminded to be familiar with all hunting regulations before going into the field.

More information on the phase-out of lead ammunition for hunting in California can be found at http://www.wildlife.ca.gov/Hunting/Nonlead-Ammunition. 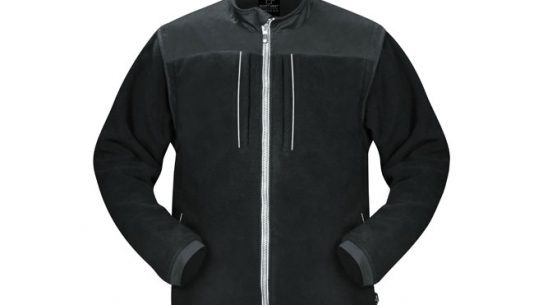 The SCOTTeVEST Ultimate Pocket Fleece contains 19 pockets engineered to carry all the gadgets...