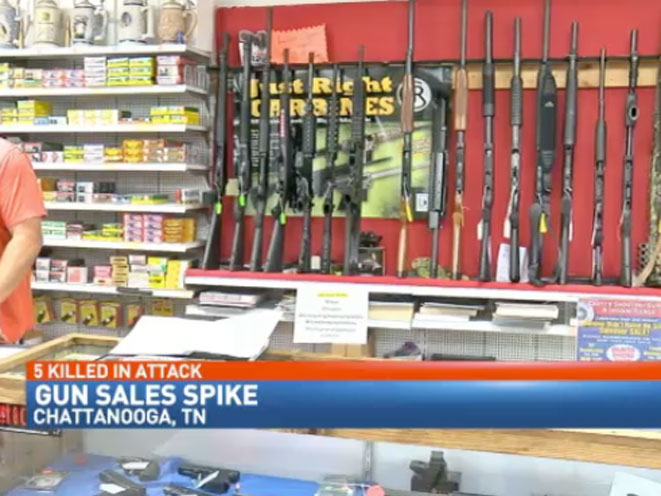 Gun sales in Chattanooga have spiked in the week following the tragic shooting at a local military facility that claimed the lives of five service members.

As WTVC NewsChannel 9 reports, gun store owners say the increase in buys is due to customers’ anticipation of more gun control as well as a general concern for safety.

“Thursday night, it immediately changed. It was honestly insane. I’ve seen it before,” said Kristi Manning, co-owner of Carter Shooting Supply. “I’ve been doing this for 16 years, so I’ve seen it in the past where something tragic happens and people kind of panic and want to feel secure. And that’s what happened.”

On Thursday July 16, 24-year-old Muhammad Youssef Abdulazeez gunned down four Marines and a Navy sailor at the U.S. Naval Reserve Center on Amnicola Highway. The Marines died at the scene, while the Navy sailor passed away from his injuries at an area hospital two days later. Abdulazeez was killed in a shootout with Chattanooga police minutes after the shooting.

Since the Chattanooga shooting, Carter Shooting Supply sold has “15 AR-15 rifles, 40 guns and 70 to 80 people signed up for the permit class,” WTVC said.

Meanwhile, the owner of The Shooter’s Depot told WTVC that his establishment sold 89 guns in two days after the shooting, and 289 people have signed up for the local concealed carry permit class.

“You’re never going to take the guns out of the bad people’s hands no matter what you do, so I feel like we need to arm ourselves, and be prepared,” area resident Michael Brown said. “I feel like if there were more people that had arms, there would be less crimes.” 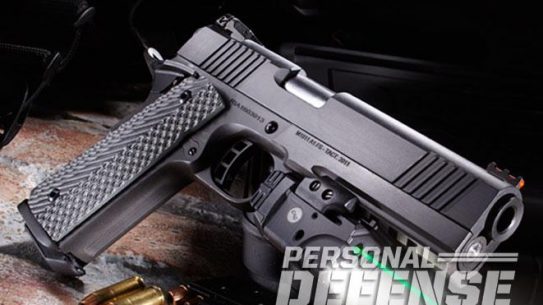