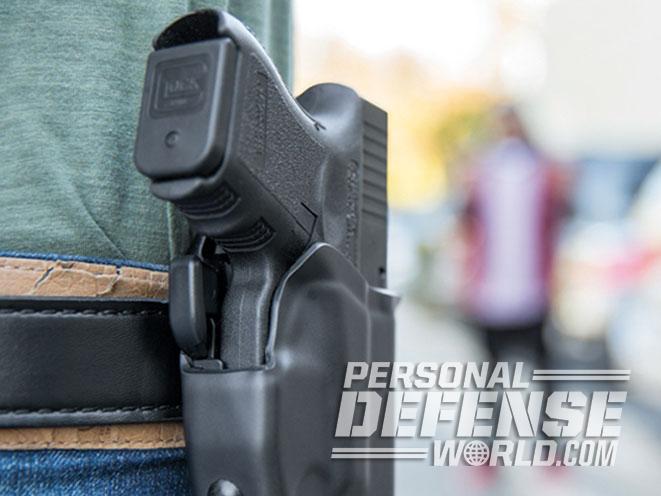 An Ohio man with a concealed carry permit took down an active shooter who opened fire on four people — including a toddler — in Cincinnati on Sunday night.

According to FOX19, the incident began when 62-year-old Thomas McCary was arguing with a woman on Holland Drive at around 7:30 p.m. The woman’s brother, Patrick Ewing — no, not the former NBA basketball player — intervened, and Mccary proceeded to pull out a .38-caliber handgun and fire three shots at him.

Fortunately, Ewing was not hit. Unfortunately for McCary, Ewing has a license to carry a concealed weapon. He drew his legal handgun and fired at McCary three times, shooting him once in the leg.

Police said McCary scurried off to his nearby house, but soon came back out with another gun. Now armed with a gun in each hand, McCary fired at three people, including the woman he was initially arguing with, her one-year-old son, and a third unidentified man.

As FOX19 reports, the would-be victims quickly ran inside their home while Ewing fired off additional rounds in order to distract McCary.

McCary was transported to the University of Cincinnati Medical Center for treatment and arrested. As WCPO reports, he faces four felony counts of assault with a deadly weapon.

Ewing and his family were, thankfully, uninjured during the incident. 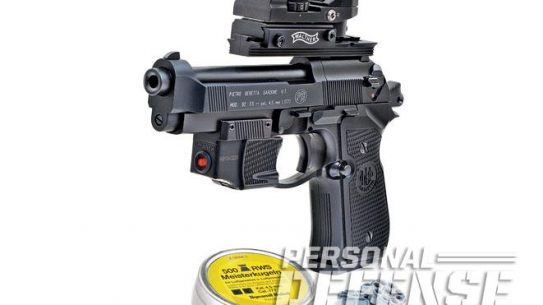 The Beretta 92 FS is Umarex's flagship pellet gun, with a variety of model...