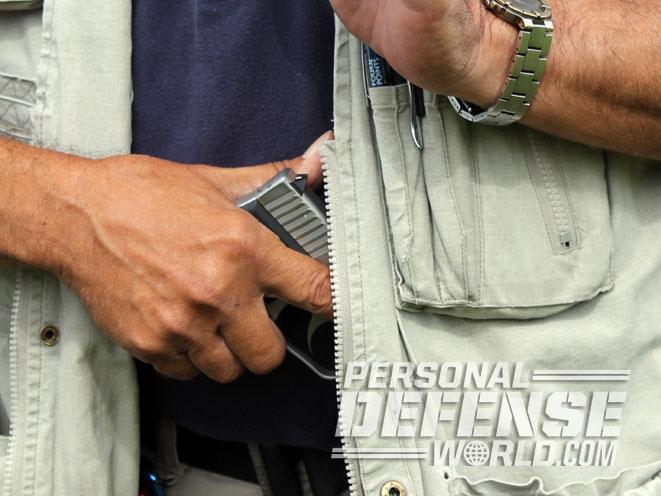 Kansas’ newly-passed constitutional carry law is already having a positive effect for its residents.

24-year-old Joey Tapley was shopping for bullets with his cousin at Academy Sports + Outdoors in Topeka when he suddenly heard a few loud bangs, WIBW reports. He looked up and witnessed three suspects stealing weapons and money from the counter.

That’s when Tapley says his instincts kicked in. He followed the three suspects as they made their way outside. He then drew his weapon.

“I told him drop the gun man, mine is loaded, just drop the gun. We made eye contact for a second or two and he dropped two guns and ran,” said Tapley.

WIBW says police arrested the suspects, described only as white males ages 16 or 17, in a nearby area. An unidentified woman was also arrested in connection with the crime.

The male suspects were booked into the local juvenile detention center. They are facing charges of assault, burglary and robbery. The female has been charged with conspiracy to commit aggravated robbery.

Tapley – who was carrying his concealed gun without a permit — told WIBW that he wouldn’t have been able to stop the suspects had it not been for the new constitutional carry law which went into effect on July 1.

“Thats why Kansas made the law,” Tapley said. “So citizens can carry and protect themselves and others.” 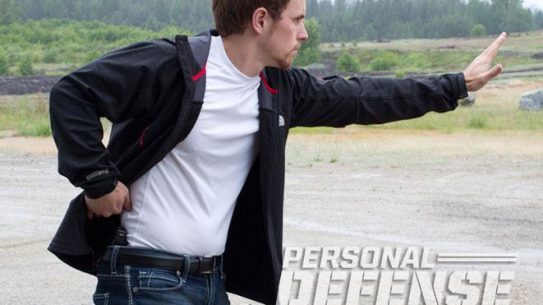 A 17-year-old suspect in multiple car break-ins was stopped by an armed citizen in...