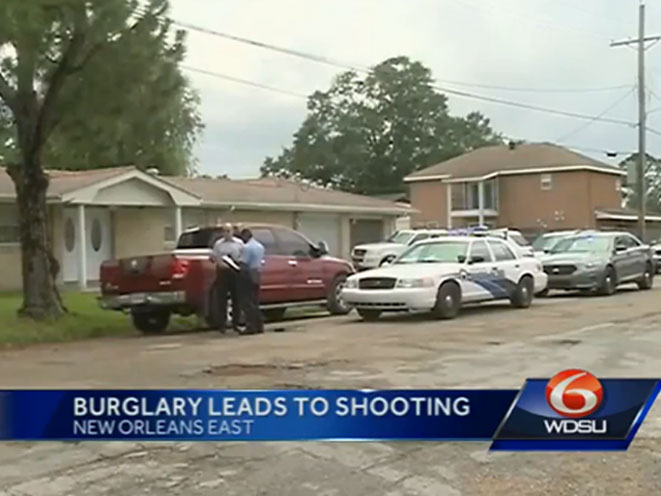 An attempted home invasion in eastern New Orleans went awry when the homeowner opened fire on one of the suspects.

According to WDSU, the homeowner’s daughter was alone at the house located in the 6700 block of Dorian Street at around 12:30 p.m. when three men broke in. In fear for her life, she managed to hide in one of the rooms, lock the door and call her father.

The homeowner arrived back at the house armed with a gun and chased the burglars into the backyard, including 18-year-old Imani Smith.

“While in the backyard, [the homeowner] said he believed Smith was trying to pull a gun out on him and the homeowner said that’s when he fired multiple shots at Smith. One of the shots hit Smith in the thigh,” a news release from the New Orleans Police Department reads.

As WDSU reports, police arrived and Smith was transported to an area hospital to be treated for his injuries. He will be booked and charged upon his release.

Investigators discovered items stolen from the home in Smith’s possession.

Meanwhile, WDSU says police have also arrested a 15-year-old boy for an aggravated assault incident involving the homeowner’s daughter a few days ago.

“Detectives are investigating that incident, which had initially gone unreported to police, as well as the teen’s potential involvement in today’s incident,” officials said.

Police are continuing to investigate, but the homeowner has not been charged in the shooting. His daughter was uninjured during the attempted home invasion. 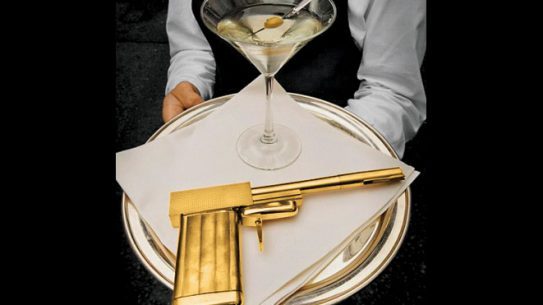 The Golden Gun: A Bond Villain’s Weapon of Choice

All that glitters is gold. Here's a look at the history of the "Golden...