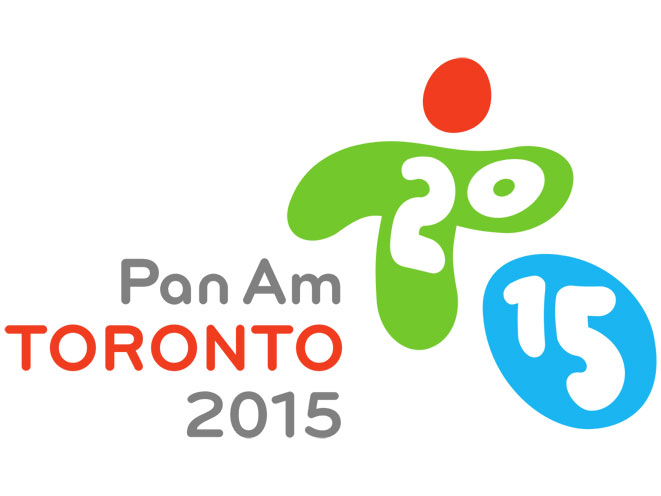 In a Final that included the reigning Olympic and Pan American Games Champion, Brad Balsley made his first international medal in Men’s Rapid Fire Pistol a big one – a gold medal that comes along with an Olympic quota – at the Pan American Games.

“It felt great to be able to compete and be at the same level as those guys,” Balsley said. “It’s kind of what we are working to and with (Leuris) Pupo (CUB) being the current gold medalist; it was nice being able to hang with him. It’s the first final I’ve competed in with him.”

Balsley’s journey to the top of the podium today wasn’t an easy one as Balsley qualified for the Final in the sixth and last position with a score of 565 – 11 points behind the nearest competitor. A disastrous Stage Two left Balsley waiting until all shooters were finished to see if he’d even qualify for the Final.

“I was very, very nervous,” Balsley said. “I wasn’t too confident because it was a pretty crappy Stage Two. I had a lot to come back from. I screwed up the four-second [series], but I figured out what I was doing wrong after talking to [sports psychologist] Sean McCann and fixed it for the Finals.”

In a Rapid Fire Pistol Final, all five-target series are just four seconds. Balsley would have several four-hit series. By the last series, he held just a two-hit lead over Emerson Duarte of Brazil. On his last series, Balsley had three hits to end with 32 hits overal – a Pan American Finals record. Though Duarte hit four, he only ended with 31 and took the silver medal. Douglas Gomez of Venezuela won the bronze medal.

In the Final, Milev’s first series was a perfect five hits, then a series of three, then another five hits. After that, Milev’s series fell to two hits and he was eliminated in the fifth position.

“I felt comfortable, it wasn’t going better than I expected, the pistol was going where I wanted it and I probably relaxed a little bit. I guess I needed that little – softness, I guess – to start shooting bad,” he said. “I couldn’t recover after the first two-hit series.”

“[Balsley] got first place and the quota place – that was just an amazing Final for him,” Milev said.

In Women’s Sport Pistol, Sandra Uptagrafft (Phenix City, Alabama) once again claimed the Pan American Games silver medal in the event, and this time, she also claimed an Olympic quota with it. Uptagrafft also won silver in the event in 2011.

“It was a tough competition,” Uptagrafft said. “I’m excited and relieved all at the same time. You really had to win it. No one was giving it to you today.”

Uptagrafft qualified for the Semifinal in fifth place with a score of 571. There she scored 12 hits, behind Lynda Kijeko of Canada’s 13 to qualify for the gold-medal match.

In the gold-medal match however, Kiejko and Uptagrafft would tie in the first two series. Eventually Kiejko took over the lead, 7-3. In the medal matches, the number of hits doesn’t matter – points are awarded whether an athlete ties or shoots more points than her opponent.

“Since it was ugly, I was kind of glad we tied,” Uptagrafft said with a laugh. “I thought she’d won it a few times when we tied and I was like ‘Phew! Thank goodness!’ Uptagrafft’s win also secures the first Women’s Sport Pistol quota for the U.S. Mariana Nava of Mexico won the bronze medal.

Uptagrafft’s teammate Brenda Silva (Snowflake, Arizona) qualified for the Semifinal with a score of 573. There she was eliminated in sixth place.

Men’s Double Trap is the only event contested in Shooting at the Pan American Games tomorrow. The lone U.S. competitor Glenn Eller (Houston, Texas) will look to the Pan Am Games to regain the form that saw him win the World Championships and finish second at the World Cup Finals in 2013. He’s had five top-10 finishes since during international competition including a World Cup silver medal in 2014. The U.S. has already earned the maximum number of Olympic quotas in Men’s Double Trap. 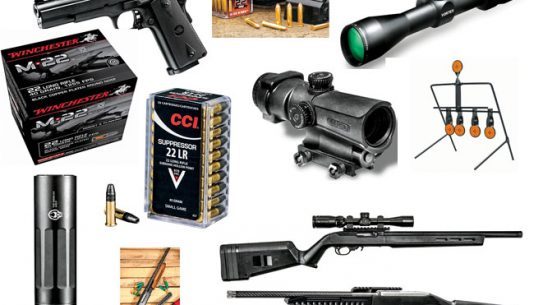 11 New Rimfire Products From the COMPLETE BOOK OF RIMFIRES 2015

Here's a look at some of the hottest rimfire products currently available today from...