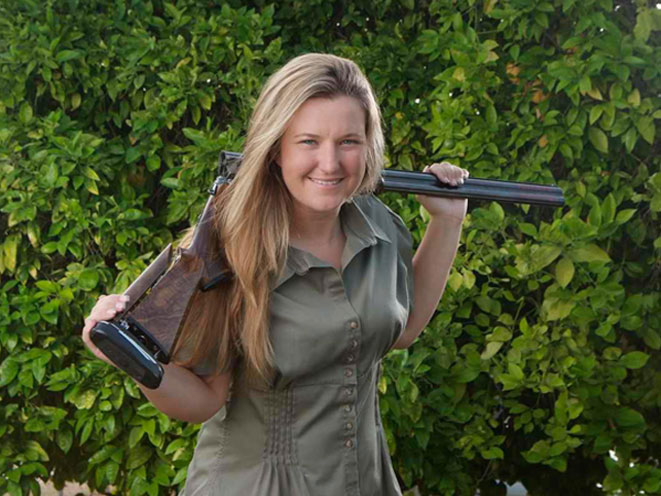 Rhode (El Monte, California) set a Pan American Games record and tied the world record of 74/75 targets during Qualification. In the Semifinal, Rhode once again set a new Pan American Games record when she shot a perfect 16/16 targets. In the gold-medal match against Melisa Gil of Argentina, Rhode would only drop one of the 16 targets to pick up the second Pan Am Games gold medal of her career.

“Like any athlete would tell you, we’re always looking to get better and improve, but it was pretty smooth sailing,” she said. “I was pretty pleased with my performance I had out there…I’ve been fortunate enough to make my shooting like walking so when I go out there, I just really enjoy the moment. I like being out there under the pressure!”

In the Final, Black pulled to the lead early in the Kneeling stage and held on to one of the top-two positions through most of the prone stage. Furrer surged later in the Final, but the pair was unable to catch eventual gold medalist Eglys de la Cruz of Cuba, who had equaled the Pan American Games record during Qualification. Furrer was eliminated in fifth place and Black – in her first international Final – was eliminated in sixth place.

“I was pretty nervous. This was a big competition for us,” Furrer said. “I worked really hard to get that quota, but in shooting, it’s one of those things where each day can be a different result and no matter how great practice has been, you never know what will really happen on match day. I had a hard time controlling some of the nerves that I had, but overall, it was not absolutely terrible. I just wish I could have done a little better.”

Shooting wraps at the Pan American Games tomorrow with Men’s Three-Position Rifle and the conclusion of the Men’s Skeet competition. After two rounds today, Dustin Perry (Lovelady, Texas) and T.J. Bayer (College Station, Texas) are in an eight-way tie for fourth place with 48 targets.

Men’s Three-Position Rifle is the final event of the competition with George Norton (Salina, Kansas / U.S. Army Marksmanship Unit) and Ryan Anderson (Wasilla, Alaska) finally get their chance at medals and securing the first U.S. Olympic quota in the event. Norton just, missed the Finals when he finished in ninth place in Men’s Prone Rifle Friday. 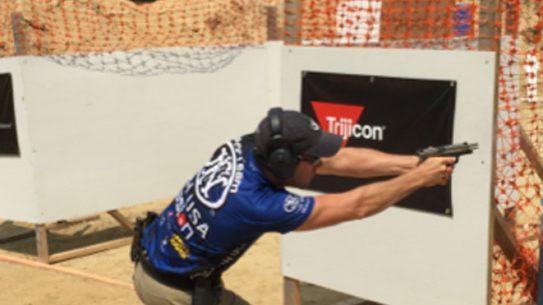 Dave Sevigny was penalty free in the 206 round course of fire which was...