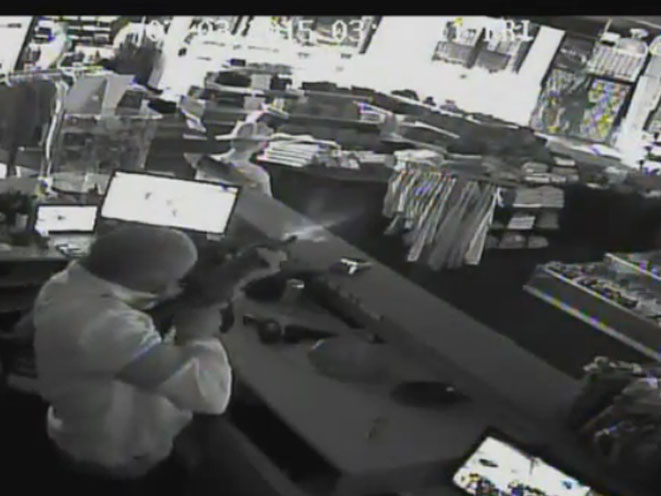 A Milwaukee store owner used an AR-15 rifle to repel a trio of armed robbers at a high-end clothing store in Milwaukee, and the whole thing was captured on a surveillance camera (see below).

According to FOX6NOW, Rami Murrar was working behind the counter at Bouchards in the early morning hours of July 3 when he noticed men with guns directly across the street. Having been the victim of armed robberies at his store before, he grabbed a rifle from the office and watched as a van backed up through the recently-installed concrete posts at the store entrance, making it part of the way through the locked and gated doors.

The van then pulled forward and back again, Murrar told police, which caused the gate to break open. The three suspects tried crawling through an opening in the gate. One of the armed men made it through, and Murrar opened fire.

The police report states Murrar fired off five shots in quick succession, causing the suspects to flee the scene.

As FOX6NOW notes, one suspect, identified as 20-year-old Deishun Byrd-McWay, was shot three times during the incident. He turned up at an area hospital and faces charges of burglary and criminal damage to property. He has not cooperated with the investigation.

Surveillance footage backs up Murrar’s version of events. He won’t be charged in the shooting and has no regrets.

“I believe that they would have gone through the door, and I would have been dead — so that’s the reason I reached for my gun and as soon as the first one turned his back, I put my gun down. I don’t come to work to have a shootout. I come to work to make money and so does everyone else,” Murrar told FOX6NOW.

WISN says this isn’t the first time that particular Bouchards clothing store has been targeted. Last fall, an employee was shot there during a break-in. 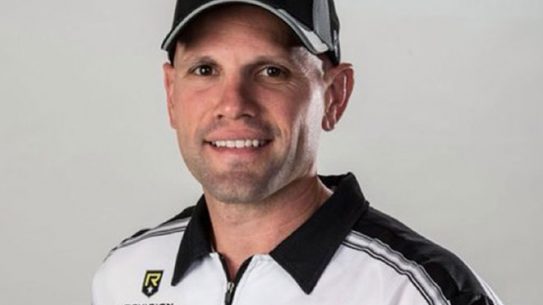 Team SIG Captain Max Michel has captured his third Pro-Am title in the past...